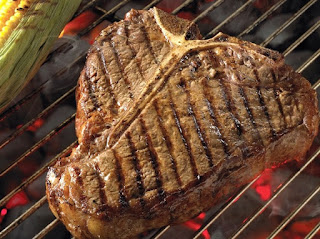 Emperor Polis’ companion/spouse/whatever is a vegetarian. He, “has a passion for animal rights”, as stated many times to the media. It isn’t clear he influenced his partner to proclaim March 20th as a “meat free” day.

The uproar resulted in 26 of Colorado’s 64 counties to declare March 20th as, “Meat In” day. There were gatherings statewide of farmers and ranchers with all kinds of meat prepared and consumed.

I attended a pancake and bacon breakfast in Dacono put on by a Weld County Commissioner and later stopped for some tasty brisket in LaSalle.

The (P)regressive Boulder trust fund snots attacking the Colorado animal husbandry is, IMO, shameful and vicious. There is an Initiative, 16, being floated that would make raising livestock for slaughter nearly impossible and prohibitively expensive. The Emperor has appointed people openly hostile to agriculture to various boards and commissions directly concerned with agriculture.

So far, the only ones not being attacked are the cannabis growers.

Rural Colorado doesn’t have the population to counter the Front Range counties. Still, several rural counties vote Democrat. Will they in the future?

Time to look at GTFO of there... the stupid is only increasing.

COLOEXIT is very much on my mind. A cousin is soon relocating to Seguin where his son and a nephew have made the move in the past three years. Not for me, I don't do heat well.

I sure like the look of that T Bone. Maybe you need to go underground or, on the other hand, rise up. I know, bold call.

I'll give the Emperor credit. He showed up in Ft Morgan (has a huge packing plant) at an event. Got his picture taken and left. No word as to whether he ate any meat.