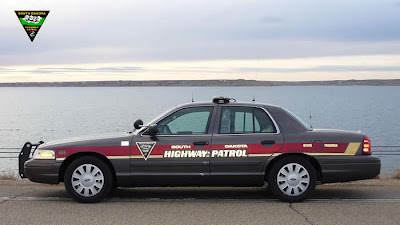 Going to Northern Minnesota next week. One route is all Interstate to Fargo. 85 miles and one hour longer than North through Valentine, NE and Pierre, SD on mainly two lane roads. There is a small piece of business I can take care of in Pierre. The weather is forecasted to be a little better going the shorter route.

Why my hesitation? The South Dakota State Patrol. The Troopers covering that area are wickedly good. Caught me at 88 in a 55, dead to rights, two years ago. I'm a professional speeder; it isn't easy to catch me when I'm on my game.

Guess it will be Mr. Law Abiding, 3 mph over, on cruise control. Hope I can stay awake. Oh well, I will be paid by the hour, not commission.

Yes, Dirty Al, I can hear you laughing all the way from Texas. Maybe I should blog about your super RV spot you have occupied for the last month?
Posted by Well Seasoned Fool at 6:37 PM 7 comments:

Ah, the Hammer gets hammered. Tom Delay, guilty of money laundering. One more in a dreary line of sleazy slickers. The man who so lowered the bar on bipartisanship, he paved the way for Pelosi and fellow travelers.

What a legacy. His efforts to gerrymander Texas resulted in Democrat legislators fleeing the state to prevent a quorum and shutting down the legislature (I’m not a Texan; maybe this was a good thing).

The blatant flouting of rules with the likes of Abramoff so soured public opinion, he probably ended up getting more Democrats elected than Republicans.

Readers of this blog know I am no fan of Obama. Other than national defense, I see nothing to praise Bush. DeLay is the poster boy for the whole sleazy mindset of the GOP (and Dem versions of RINOs) during the eight years we were robbed.

Just my opinion. Your mileage may vary.
Posted by Well Seasoned Fool at 7:13 PM 3 comments: 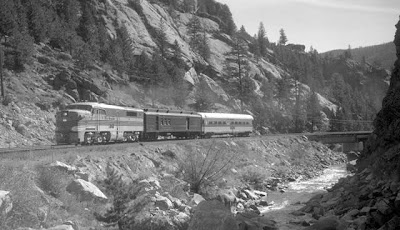 The Yampa Valley Mail and a rambling Colorado Railroad story. Colorado once had scores of railroad companies but the two that survived the longest were the Denver & Salt Lake and the Denver & Rio Grande. Both focused on routes West of the Front Range.

The D&SL, aka the Moffat line, was the builder/owner of the Moffat Tunnel. As part of the bond financing, a property tax, the Moffat Tunnel Tax, was imposed on portions of Colorado along the original route. The D&SL made it from Denver to Craig, CO before running out of money.

The D&RG was the most successful railroad and did reach Salt Lake City. Many smaller railroads, including the D&SL, were acquired. The financial maneuvers involved probably wouldn’t withstand close scrutiny. When the D&RG got control of the Moffat Tunnel, they acquired the debts and obligations. One obligation was to provide daily passenger service from Denver to Craig. No service, no Moffat Tunnel Tax.

Passenger service was a money loser and the D&RG tried to get out. There were three trains, the D&RG portion of the California Zephyr (now operated by Amtrak, the Prospector, an overnight train to Salt Lake City, and the Yampa Valley Mail. The dastardly Western Slope residents wouldn’t let the D&RG out of the passenger train service unless the Moffat Tunnel Tax was rescinded. Hence, the Yampa Valley Mail continued. The train usually consisted of a ALCO PA1 locomotive with a unique square nose profile, a mail/baggage car, and one passenger car. The ALCOs could haul. Even with numerous stops, the train averaged 60 mph over a roadbed that was kept to freight, not passenger, standards. At some point the mail subsidy went away; then the tunnel bonds were paid off, and around 1968 the service stopped.

In Colorado, the railroads are responsible for fencing their right of ways and are liable for any livestock they kill. In the Yampa Valley area, annual snowfall can exceed 30 feet making for steep snow banks along side the tracks.

Along about March each year, a certain rancher would run out of “drinking money”. His solution was to kick one of his culls onto the track just before the mail train was due. The claim was always for his best prime breeder.

A sound business plan and proper marketing could have made the train profitable. Today, the Union Pacific owns the D&RG and has closed several of the routes. The Craig route has been built up to handle heavy coal traffic. The roadbed is in excellent condition,

The UP could probably build a profitable business running a train catering to skiers with a stop in Winter Park, Bond, and Steamboat Springs. From Bond, shuttle buses could easily serve Vail and Beaver Creek.

My father was a section foreman for the D&RG for ten years. We used the Yampa Valley Mail to visit Denver. Often we were the only passengers. Some of the route is nearly wilderness as no roads go into some of the canyons.

Hope some of you will enjoy this as a break from the current crap (TSA, Congress, the One, etc.).
Posted by Well Seasoned Fool at 7:40 PM 9 comments:

Quick trip to Detroit yesterday and back this morning. At DIA, they had both the scanners and the metal detectors in use. I opted for the detector line. Using my bumbling “just fell off the turnip truck” persona (Yeah, friends and family; not hard for me to do, yada, yada, yada) was able to engage three TSA Screeners in conversation. They rather enjoyed educating my dumb ass. Two things I picked up were, one; they believe they are keeping everyone safe and, two; the heat is on about the pat downs and they expect something to “come down from up above”. Attitude was about what I remember from MPs circa 1960’s. Didn’t see anyone being frisked.

At DTW this morning, the security check point I went through had both types of scanners. The full body type were turned off and the TSA people were using them for leaning posts.

My youngest is on his way home from Afghanistan this morning for two week R&R. This has provoked some contrarian thinking on my part. (or just being contrary; take your pick)

We have our troops out in shit holes around the world keeping the fanatics pushed back from our shores and too off balanced to do us major harm. Their daily lives make the few minutes of discomfort going through security trivial. I can hear my old First Sergeant saying, “You have all been drafted into the War on Terror. Quit your bitching”!

This isn’t as defense of TSA. That organization should be terminated and replaced with something else. Maybe contract it out to El Al. They seem to know what they are doing.
Posted by Well Seasoned Fool at 2:10 PM 1 comment:

The TSA flaks are at full throttle defending their agency.

We haven’t heard from the rank and file TSAers, the ones who will actually do the searches. Anyone have links to their blogs? Can’t imagine there aren’t a few. I suspect the TSA people aren’t thrilled by all this .

All of us travelers need to remember these are people doing a job, probably need that job, and must be keenly aware many of their fellow citizens thinks less than highly of them and their work. (Myself among them)

Lets remember who the asshats really are. GS-8 and above?
Posted by Well Seasoned Fool at 6:03 PM 1 comment: 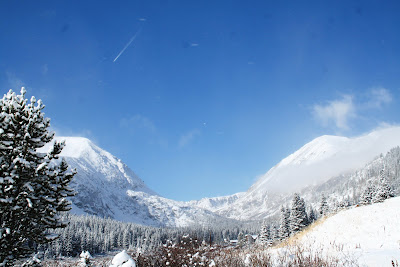 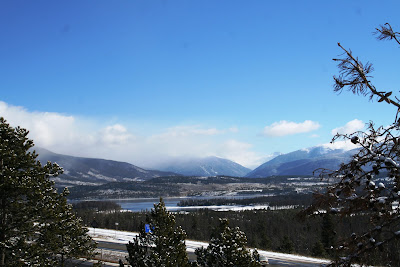 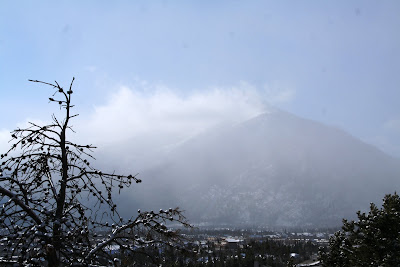 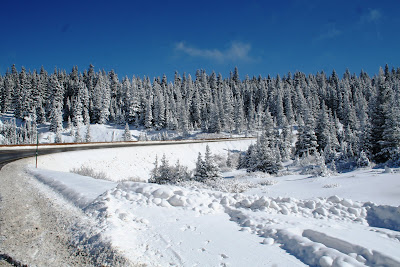 One job perk is scenery. Doing the local circuits, instead of the marathon road trips, means spending time is some very scenic places. After all these years I'm still not jaded.

My favorite time of year. The tourists and mosquito's are gone, and the skiers are just showing up.
Posted by Well Seasoned Fool at 6:28 PM 1 comment: 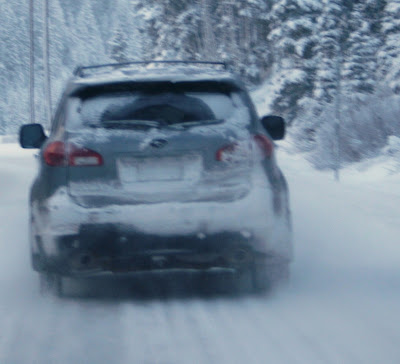 Driving over an 11,000 foot mountain pass, on snow pack, with a doughnut spare. The direction of travel was AWAY from a possible tire repair and/or tire store.

Yes, the driver was female, and blond.
Posted by Well Seasoned Fool at 6:22 PM 7 comments:

Reflecting on the recent elections, at the state and local level, we blue dog democrats sat this one out. In my district, the liberal democrat was reelected. Two points stand out. He had far fewer campaign volunteers than two years ago. Tons of outside money was spent on advertising.

The Senate race was bought by outside money paying for advertising. Again, the blue dogs didn’t work as volunteers.

The Governor’s race was a farce. I doubt the state GOP is organized enough to procure a pet license. So we have a liberal Denver mayor replacing a Denver District Attorney as Governor. Another four years of the Front Range against the rest of the State. Not a blueprint for progress.

Sitting down with some political friends, we all agreed that there was little enthusiasm for any candidate.

All the candidates I supported got beat so I may be expressing sour grapes. I’ll still fight the fight but right now it is hard to find motivation.

And the Judges? All retained.
Posted by Well Seasoned Fool at 4:41 PM 1 comment: 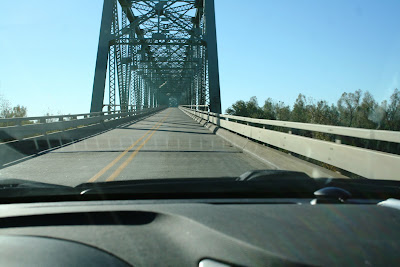 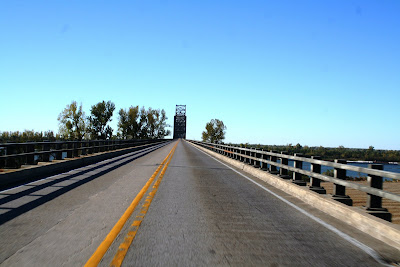 Missed (thankfully) all the election hoopla by working. Always like seeing new places and finding new routes. Took a few personal minutes to view the confluence of the Ohio and Mississippi Rivers and to admire the older bridges spanning them.
Posted by Well Seasoned Fool at 7:11 PM 3 comments: