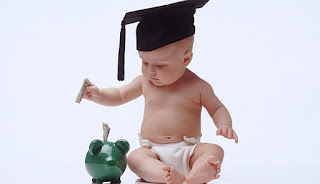 Sadly, Colorado is suffering from a forty years invasion and occupation by trust fund babies. By now many have reached senior citizen status. They are concentrated in the high country from Steamboat Springs in the North to Durango and Pagosa Springs to the South. Included are Aspen, Crested Butte, and the towns around Breckenridge. Boulder can be considered a side node.

Seems the special snowflakes in the Durango area are especially upset with Senator Cory Gardner (R), a farm implement dealer’s son from Yuma. Sob, he is ignoring them! How dare he?

Of course, they are all Sierra Club, or clones, members. I am reminded of my late father’s definition of an environmentalist.

“The guy who bought his five acres last year”.

I’m not a fanboy of Gardner. I do see him concentrating on issues that impact jobs, something trust funders will never understand.

Does it seem I have some animosity to trust funders? Let me be clear. I loathe the fuckers.
Posted by Well Seasoned Fool at 3:54 PM 10 comments:

You are doing mechanical work and your hands are filthy. Your bladder is demanding attention. Washing your hands will only increase the urgency.

Do you wash your hands, risking an accidental discharge, or do you expose precious member to the filth on your digits?
Posted by Well Seasoned Fool at 3:10 PM 15 comments: 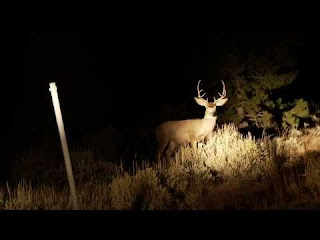 and I suggested he consider subsistence (aka poaching) hunting.

My father and his siblings were poachers. Growing up during the Great Depression in Northwest Colorado, it was a choice of wild game or starving for an extended family of nearly twenty souls. Others in the area faced the same dilemma.  The local authorities tending to turn a blind eye, so long as the game wasn’t wasted or sold.

After WWII jobs were scarce and pay was low. My father and his older brother found employment around Breckenridge, CO. At age three I called deer “bang, bang cows”.

An early memory was being asleep in the back seat of a car, at night, and the doors opening and a fresh deer carcass landing on the floor.

We grew up eating venison and elk. Beef was a rare treat.

One Christmas season we were having dinner with another family. The mother had, as a special treat, prepared a ham. Her kids didn’t want to eat it, said it,” Didn’t taste like meat”. A hard look from her and they did eat it, quietly. In those days kids had two choices. Eat what was in front of them or go hungry, often with a paddled bottom.

In later years my father slacked off on poaching. Our finances were better, we had a very small ranch, and we grew our own beef.

To this day some of my relatives poach. It isn’t so much economic as it is giving the finger to the government. That said, they don’t waste any of the meat or take just the choice parts. They don’t want to be disowned by the others in the clan.

Have I ever taken game out of season or without a proper license? I respectfully refuse to answer that question on the grounds…………………. 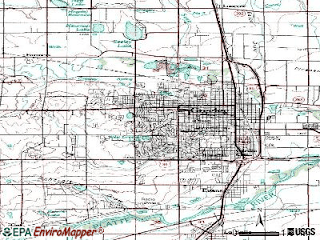 WARNING: A location specific rant. May interest only those who drive in Greeley, CO.

Or, spend money to create a dynamite YouTube video!

The reality for drivers is far different than what the city wants us to believe.

Personal experience?  Drive the speed limit and you will catch the majority of traffic lights red.
Posted by Well Seasoned Fool at 8:44 AM 8 comments:

So sorry, fraudsters. My information at all three credit reporting agencies has been frozen for years. I don’t use credit nor do I need credit. Prepared Visa takes care of my modest needs and limits my exposure to loss.

Recently needed to unfreeze one agency to open an account with Century Link. In my neighborhood we have two choices for internet. The other, Xfinity, has once again jacked up my rate, so bye bye.

No problem, go online and unlock the account. NO! Make the call to the call center, use the ear phone jack on my cell phone so I can hear, and maybe understand the call center staff (I am only fluent in Rocky Mountain dialect Engrish) and learn the Fraud Department has locked my account due to fraudulent activity!

Spent another hour gathering the necessary information to send them via snail mail to remove the freeze. Now we wait.

Already I can hear the snorts of those of you that have dealt with real fraud, a gift that keeps giving. My condolences.

My reasons for freezing my information was prompted by the many car business customers we encountered whose personal finances were compromised by fraud. Yes, having to unfreeze the information is a PITA. I have to believe that is nothing compared to dealing with personal fraud. YMMV
Posted by Well Seasoned Fool at 4:58 PM 6 comments:

An old co-conspirator from the used car rackets called with sad news. Another old friend from those days died. Damn, we are getting old!

Then the old war stories began which led to some YouTube classics.

You may die, but die with the deposit in your hand. Meanwhile, another one on the crew is delivering customer satisfaction.

Don’t be this wussy.

It is a business that will test you. No day is the same as another. When you think you have seen it all, you haven’t.  It will wear you out and I am content to be retired from it.
Posted by Well Seasoned Fool at 8:05 PM 5 comments:

A reader asked via email why I am still working and what my job involves.

The first answer is the money comes in handy.

The job involves driving to three hospitals (sometimes four and meeting a driver from a different route for a transfer) and picking up medical specimens (blood, urine, feces, tissue) and packing them for shipment via air freight or direct delivery to other labs.

Nothing about the job is particularly difficult or requires specialized training.  There is a lot of detail, mainly the proper transport (refrigerated packs, dry ice) and accountability. What might be termed “chain of custody”. Considerable molesting of electrons with tablets and scanners are used (my weakest skill set).

Mainly the job involves driving 500 miles in all weather conditions. Company policy is, if the highways are open, we go.

There are two of us assigned to this route. We are both old farts with decades of dealing with bad roads and mechanical problems. Neither of us are subject to “vapors”.

Starting around 0330, we leave Greeley, CO westbound to Interstate 25, then North to Wheatland, WY. 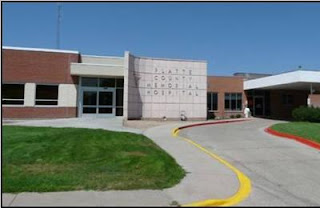 These are some camera feeds from various highway department cameras. These are live and best viewed during daylight hours.

This site has such high winds the cameras get blown out of position.

The first stop is Wheatland, WY. From there we go to Torrington, WY on US 26 via Guernsey and Ft. Laramie. This route is prone to thick fog. No camera coverage for this segment. 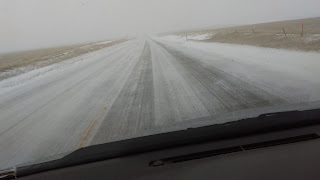 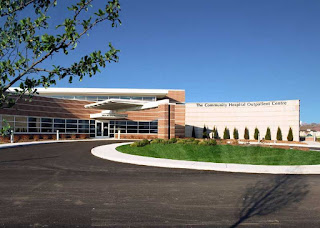 From Torrington we go East (directly into the rising sun) on US 26 to Scottsbluff, NE. 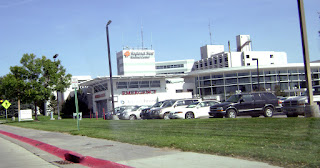 From Scottsbluff we head South on Hwy 71 via Kimball, NE to Colorado
Hwy 14. Hwy 71 is four well maintained and plowed lanes to Kimball. After Kimball it is two lanes, no shoulders,  not plowed at night, and the Colorado section is poor overall condition. 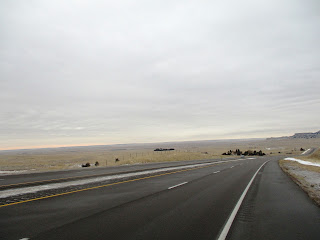 At Hwy 14 we head West for nine miles and then turn South on Hwy 52 to Fort Morgan.

This camera site has one error. Hwy 52 runs North-South, not East-West as stated on the site.

From Kimball to Fort Morgan there is not one commercial establishment. Cell phone coverage is intermittent. There are numerous missile silos to remind you of what OldAFSarge calls, “Armageddon on demand”.

Some of the locals are not friendly. 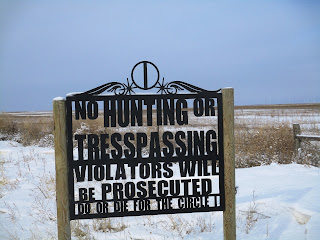 An occasional annoyance are a string of Air Force Hummvee’s tooling along at 40 mph. Up armored with a weapon turret. Sometimes they have a machine gun mounted. 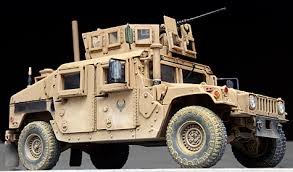 From Fort Morgan it is all four lane Interstate and toll roads to Denver International Airport (DIA) where most specimens are air freighted to the Mayo Lab in Rochester MN. 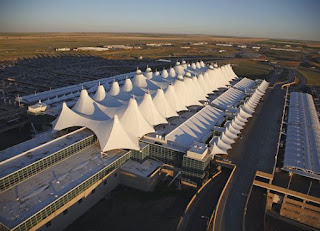 Leaving DIA we make our way northward to Greeley where we deliver the last of the specimens and inter hospital packages and mail. 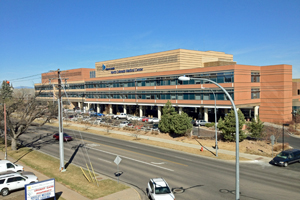 After  pickup of inter hospital mail and packages for delivery the next day, we return to base, finish paperwork, and clock out. Usually it is a 13 hour day without weather delays.

One positive of the job is no micromanagement. I check in with dispatch and check out. Days will go by without talking to anyone in management. We drive a Prius, which I dislike, but there is no skimping on maintenance, tires, and repairs.

I have hopes 2017 will bring to an end some long term problems I deal with and I can finally retire. For now, the job allows me to do things important to me and those who depend on me.
Posted by Well Seasoned Fool at 4:51 PM 10 comments: 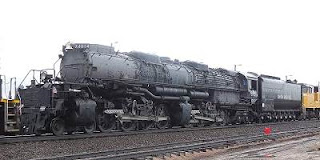 4014 Tour
Yes the wind chill factor in Cheyenne this morning was -40°F. No excuse to miss a rare opportunity to tour the Union Pacific Steam Shop, the only place left in the USA where steam locomotives are rebuilt.

Sponsored by the Wyoming Transportation Museum,

the  tour is about two hour.  Included are a visit to the outstanding museum and the local brewery located in the old railroad depot.
My interest in steam locomotives goes back to my youth when my father was a section foreman on the old Denver & Rio Grande Railroad. Watching the Mallet 2-8-8-2s pulling and pushing the heavy freight trains up the grades leading to the Moffat Tunnel was always a thrill. Later I was able to ride in the cab of one and blow the whistle! 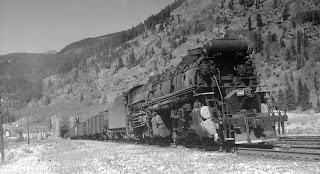 Wandering through the museum reminded me of the many times I was able to ride with my father and his crew on one of these. 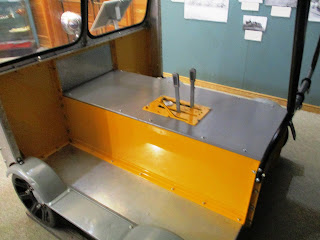 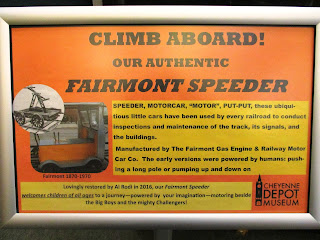 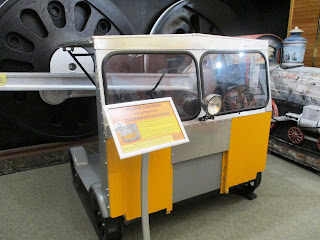 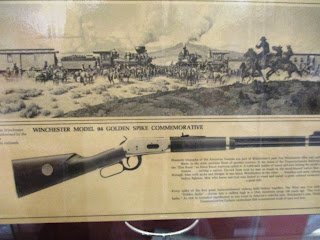 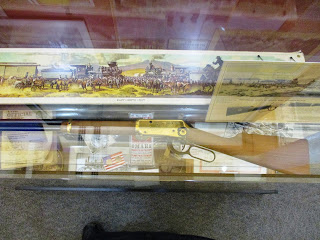 The UP 4014 “Big Boy” sat at the Los Angeles Fairgrounds for many years. An anonymous donor put up several million dollars to have the 4014 restored to running condition. In May 2014 the UP  brought her back to Cheyenne. I watched from a place near Tie Siding,  Wyoming. It was snowing. What else would you expect during springtime in Wyoming?

There is no set timeline for the restoration. Estimates are in the two year range. The project was put on hold when the extent of repairs on UP 844 was discovered. UP 844 is now back in good condition. Considering it is 71 years old, the extent of repairs might  be expected. After 4014 is done the shop will turn their attention to their Challenger UP 3985. The repairs aren’t expected to be too extensive.

Took over 60 pictures. Hard to work around the glare from the high clearstory windows. If you want to see them, they are at Dropbox.


Should you be interested in the Big Boys, Google is your friend. The Union Pacific puts a lot of information on YouTube that some may find interesting. 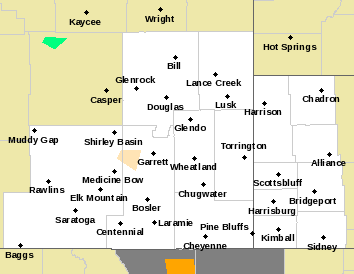 Bad weather in Wyoming and Nebraska the past three days. Too tired to read blog posts and try to leave good comments. Should catch up in the next two days.

Baffles me how people who have lived their whole lives in the area suddenly start driving like they just moved in from Jamaica last week.
Posted by Well Seasoned Fool at 5:10 PM 6 comments: