It is flattering to have police officers following this blog so here is a story for them. In the late 1950's my Uncle Ray was appointed Town Marshall of the small Wyoming town where he went to high school. His father sold the ranch and moved to Arizona for health reasons. The position didn't pay much and the Marshall was expected to have a regular job. He provided his own vehicle and equipment. The city provided lights and siren, a radio, and a telephone in his home. The local telephone operators provided dispatch.

Uncle Ray was about 6'5" with sloping shoulders. You didn't realize how big he was until he turned sideways to pass through a door. His main qualifications were; available, patience, and he could whip anyone in the area. The retiring Marshall trained him.

His main duties were rounding up loose livestock, breaking up fights, and taking drunks to jail. For serious crimes he called the State Patrol. When he needed backup, he brought his wife. She was as tough as him and could hit a flying Magpie with a .22 rifle. In the area were the decedents of Swedes and Finns brought in for logging. In the summer, Mexican migrants cut brush on the power line right of ways. The two bars in town supplied a steady group of drunks and riots in the summer. Uncle Ray took care of the riots himself and once had seven drunks stuffed into his car.

The case that gave him the most joy involved a 450 pound drunk. Uncle Ray managed to get him out of the bar but the drunk then went to the ground and refused to get up. A face full of mace didn't change his mind. Uncle Ray took out his lariat, tied one end to his car and the other around the drunk. He then drove to jail where the drunk was only too glad to walk in; didn't even want to go around town again.

Uncle Ray viewed civil rights as, "If you ain't civil, you got no rights". Miranda was the Mexican he arrested last summer. Domestic cases were settled on the spot with a good ass kicking. For the five years or so he held the job, that was a safe and peaceful town.
Posted by Well Seasoned Fool at 8:48 PM 2 comments:

Received word today my youngest is doing well in his Combat Medic 68W training. One requirement is passing the National Registry Emergency Medical Technician - B NREMPT-B testing which he passed this week.

My first born is Autistic. He recently passed his Washington State Food Handlers permit. This is, for him, a major achievement that he has been working on for two years.

Please excuse me while I puff up my chest and grin ear to ear.
Posted by Well Seasoned Fool at 6:19 PM 6 comments: 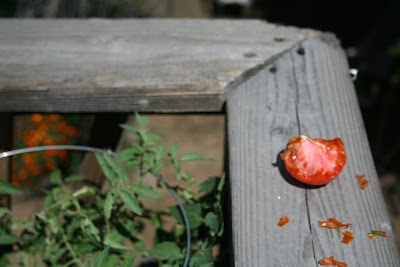 Wish I could have nice fresh tomatoes from MY plants. The squirrels beat me to them. They are particular, too. Only take the very ripest ones. Aargh!
Posted by Well Seasoned Fool at 4:27 PM 5 comments:

A Very Rare Use of Common Sense 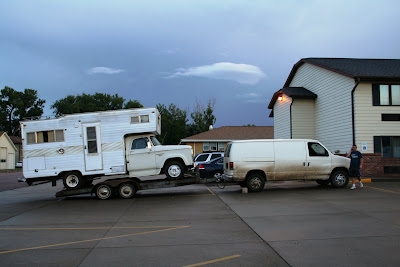 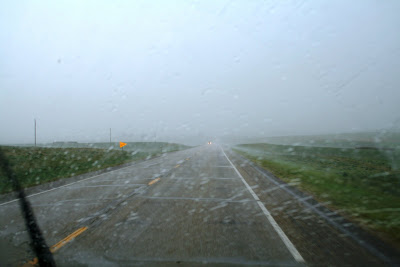 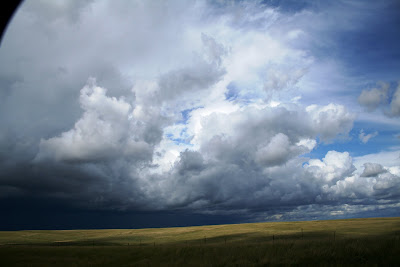 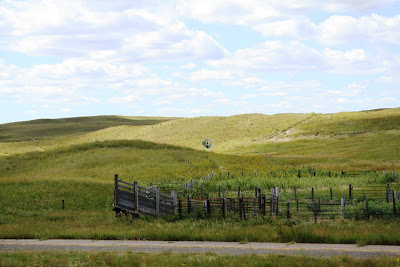 Towing trailers has been mentioned in previous posts (May 10, 2009). This week I attempted to tow a RV from Pierre SD. My van was up to the job but my borrowed trailer wasn't. Instead of attempting the trip, I moved the RV to a storage lot to wait for another time and better equipment. This is shocking behavior, I know, to those who know me.

Interesting trip. I've never seen the Nebraska sand hills this green this late in the summer. We were able to experience a South Dakota thunder storm. Sort of a, "Hold my beer, this could get interesting". (Humor, I never drink and drive)

Just to keep up my foolish image, I made a stupidly low ebay bid on this RV. Now I own it!
Posted by Well Seasoned Fool at 8:19 AM 8 comments:

Damn all pet owners who dump their pets out in the country. A German Shepard was hanging around my sister's house. Two nights ago in a thunder storm she let her dog out for a couple of minutes. When she let her dog back in, the Shepard was on her porch, cold, wet and scared. She let the dog in. Now she may have a permanent pet.

She has done all the right things; called animal control and the animal shelter. If someone was missing their dog, they sure haven't tried to find her. The dog is big enough to fight one coyote but not two or three. A small dog or a cat stands no chance against a coyote, bobcat, or mountain lion.

People, whatever your circumstances, have the guts to take your pet to the shelter. If the pets gets put down it will be done humanely.
Posted by Well Seasoned Fool at 4:11 PM 2 comments:

With apologises to other readers, I occasionally use this blog to reach relatives (I have over 50 first cousins) with family news. Youngest son is midway along his Combat Medic training in Texas. The 100+ temperatures everyday he has been there he finds tiresome. He is on course to be an honor graduate and is currently his class leader (much like an acting NCO). Eldest son has stayed tobacco free. Since I gave him a financial incentive, come October I will need to come up with the money. Middle son has avoided layoffs but hasn't been able to put his BA degree to work in IT. Little sister and I went to a memorial service last week in the old home town. Sad occasion but a nice trip other than the joint tourist/construction season. Two cold winters have slowed the pine beetles but you see mile after mile of dead trees. Another cold winter may kill them off. Stopped in Walden and took photos at the cemetery. If I haven't sent them to you, send me an email. Hope all of you and yours are doing well.
Posted by Well Seasoned Fool at 12:10 PM 2 comments:

Congressman Gets an Earful

Ed Perlmutter Dem CO has a "Government at the Grocery" one to two times a month. I admire him for making himself available. Today wasn't his day. Seems a lot of folks aren't happy about Obamacare. Peaceful crowd. Our local police were there in force to keep it that way. One plainclothes was hustling shopping carts for those who were there to buy groceries. Both sides were present with their signs. Some were even talking to each other.

Please excuse the quality of the cellphone photo.
Posted by Well Seasoned Fool at 3:40 PM 5 comments:

In the early 1990's, working at a big car store, I became good friends with a man on my crew. We were of similar age, veterans, married, raising kids, buying a house, etc. Our primary differences were skin color and fear of the police. We often car pooled and he was always alerting me when he saw a police car. When he was driving he was always hyper alert for police cars. I got many an earful about "driving while black". We were never stopped which was a good thing. He was a daily cannabis user. I often wondered if the root of his fear was illegal activity.

During my time at this store, I came to know many police officers. We sold used cars to the county for undercover use. After a few weeks we bought them back for a few hundred less than we sold them if the cars weren't trashed. Our city police had to park in an isolated lot open to vandalism. Many wanted a cheap beater for commuting and I had many for customers. Good thing for my miscreant children. All these officers seemed focused on criminals, shitheads, dopers and drunks. Skin color was incidental. I rarely heard any racial remarks but many disparaging remarks about bad drivers, gang activity, drug dealers, ADAs and judges.

One day I was involved in a minor fender bender; the other driver swerved into me. His story, told to Sgt. K, was he was trying to miss a dog. He had other problems. His car wasn't registered to him, he didn't have proof of insurance, and his fluency in English was poor. When Sgt. K wrote him a citation, he went off. "No, you no give me ticket. No, you make insurance go up. No, you find dog owner give him ticket. No, no sign ticket. You pick on me, me Asian, you no fair to me." Talked himself into handcuffs and a ride to jail. Sgt. K was a mellow policeman, more of a peace officer than a cop, but he had his limits. The driver got arrested for being an asshole. That is what I said in court six weeks later. The judge had a few choice words for me.

I strive to treat everyone with courtesy. On the few occasions I've had to deal with Badge Heavy officers, I've kept my cool. The time and place to deal with them is with their supervisor. I've done that. It takes a little fortitude to talk to the Undersheriff or Chief. You are not in a friendly environment. If you are not prepared to take action, STFU. If you don't have the guts to deal with the problem, you are the problem. That is my position. Your mileage may vary.
Posted by Well Seasoned Fool at 5:38 PM 3 comments: