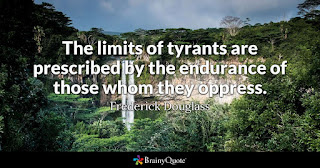 Want a foretaste of this country if the (P)regressives win control of the Presidency, Senate, and House of Representatives? Look no further than ‘deep blue’ Colorado.

Last election the (P)regressives dumped massive money to swing the election their way. Worked! With a small army of otherwise unemployed paid $15 an hour to campaign, they gained control of every elected State office and both the Senate and House. Governor ‘Polluted’  Polis spent $20 million of his own money. (He will make this back on his Canadian Oil investments once he kills the oil business in Colorado – much like his creating a medical tourist company after voting in Obamacare as a Congressman).

These shifty assholes are now using a wrinkle in the state constitution called the ‘safety clause’ to make their passed laws exempt from citizen recall/referendum actions.

Long court fight is ahead. Their mindset, “We don’t care about any stinking Constitution” despite this:

From Wikipedia
In the United States the right to petition is guaranteed by the First Amendment to the United States Constitution, which specifically prohibits Congress from abridging "the right of the people...to petition the Government for a redress of grievances".
Although often overlooked in favor of other more famous freedoms, and sometimes taken for granted,[1] many other civil liberties are enforceable against the government only by exercising this basic right.[2] The right to petition is regarded as fundamental in some republics, such as the United States, as a means of protecting public participation in government.[1]

Lots of social media chatter about recalls. Most are not creditable IMO.

In 2013 after a noxious gun control bill was passed two State Senators lost recall elections, the first time in Colorado. The (P)regressives now have just a one vote edge in the Colorado Senate.

IMO, the effort should focus on recalling select Senators. The resulting gridlock will at least slow our descent into the Tyranny of the left.

Make no mistake; Colorado is a blueprint for the left’s national goal.

Thankfully, President Trump beating Shillary and the RINO control of the Senate has slowed their progress.

Posted by Well Seasoned Fool at 10:06 AM

One of the best things about the Millionaire Socialists is the way they mask their moneymaking croneyism under a veneer of self-righteous social justice virtue signalling.

Good luck fighting them back in Colorado. Texas isn't immune either, worryingly.

No where is immune to what the commie libs are trying to achieve.
But, I am heartily tired of a lot of people saying "I'm tired and retired, and I just ignore those commie libs". Well far as I can see if all one wants to do is talk about how terrible they are, but isn't willing to put any effort into actually doing something be it ever so small at the local level or higher, than one is going to get what the libs are pushing. JMTCW

Brig
I'm tired and retired but not too tired to collect signatures on recall petitions.

Sir, I should have worded my comment better, I sure wasn't trying to infer that you weren't trying to make a difference. Most of the people I read are trying, but there are some real yahoos on social media that just like to gripe, and they frustrate the heck out of me.

Brig
I didn't take it that way and you are right about people running their mouths but sitting on their butts.

Seems like y'all are trying to out California California with stupid laws... Sad...

The Progs have been working this plan for many years. I'm hoping this is my year for COLOEXIT.

Well, I got to Colorado Springs last year, hoping to make it a nice new place till my wife is ready to retire. But next week, I'm making my exit from Colorado - taking a GOV job in Fallon, NV. Dunno if NV will be any better, and it's darn close to Cali, but it's not Colorado. I'll miss the mountains and comfortable summer weather, but darn sure won't miss the politics and ugly winter like we just had.
Wandering Neurons

Don't blame you, and good luck with the move.