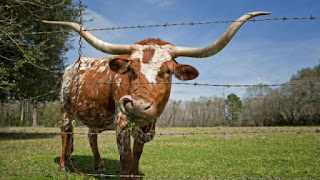 Guess Dallas has joined Austin in becoming California lite. Behold, it is now ok to steal if you really, really need the money/goods.

Far be it beyond me to tell others what to do but I do have a question.

What position will this DA take when some citizen uses a firearm to protect their property? Any guesses?

No guess at all. FULL prosecution... sigh

So Dallas has given the thieves a cost-of-living increase. How generous of them.

I noted, some years ago, that after Colorado suddenly became a blue state, the Progressives announced their intention to go after Texas, next. Apparently they're succeeding.

It's only social redistribution WSF. You don't get it. If you have something and I want it - you must be richer than I am - and under a twisted sense of Marxism, I should be able to take it. Up the revolution. To keep the inner city people from revolting, it's easier for the government to let them keep what they steal.

Welcome to the modern world.

Rev Paul
Lots of recall efforts going on now. With a deep blue Secretary of State that needs to certify the signatures, fat chance.

LL
I must accept I'm just a bitter clinging dinosaur.

I know and I've resisted the urge to post on this latest atrocity.

LSP
Texas is the next big target for the (P)regressives.

Am in Texas and the Metro area have moved close to the left coast outlook, fortunatly Im in a rural area and they dont feel comfortable here but I agree it is coming, like a train headlight in a tunnel

Big state. Dallas, Houston and Austin have the population. Maybe the rest of the state can derail the train.