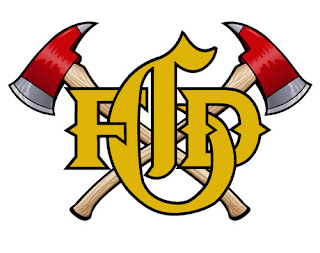 Senseless tragic events happen daily, everywhere, but we should try to not become blasé, IMO.

Here was a fireman on his way to work. A doper crosses into his lane and hits his motorcycle. The rider dies. The doper leaves the scene of the accident in his badly damaged SUV and flees to the open farmland. A senior LEO on his way to work learns of the incident on his radio, spots the SUV, and makes the arrest. 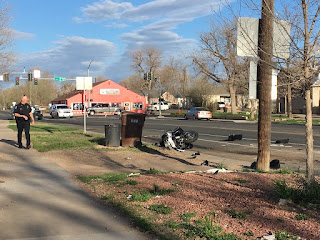 Until last February when I moved across town, I traveled that street frequently. In the place the accident occurred, the street is very wide even with curbside parking. Dry, sunny morning with no weather factors to contribute to problems and the SUV driver wasn’t headed into the sun. Conclusion? He was stoned.

In general, I mind my own business. You are free to go to hell in whatever manner you see fit. I do draw the line at assaults, child and/or spousal abuse, and impaired drivers. On all, I will drop a dime, snitch, whatever you want to call it. Cell phones make it easy.

The SUV driver is from a tiny town near where Wyoming, Nebraska, and Colorado meet. Residents of small towns are usually close knit and the impact of one of “theirs” involved in such a stupid act will cause a lot of pain and even shame to them. Not at the same level as the victim’s family and co-workers to be sure, but it will be there.

The young SUV driver? Such a wasted life. In this city and this county he will not get a sweetheart deal.

For those interested in more detail, the local rag covered the story.

Posted by Well Seasoned Fool at 10:40 AM

I was driving west of town yesterday morning to a doctor's appmnt. There were 2 Greeley FD pumper trucks on the side of Hwy. 34. They were waiting to salute their fallen comrade as his body was taken to the pathology lab in Loveland. Saw a Greeley FD firefighter later in the day at a stop light. Asked him to lower his window and expressed my condolences. He was truly moved and thankful. My heart is broken for this department. They haven't lost a comrade in a very long time.

Probably only combat soldiers/marines have closer bonds than firefighters. Good on you for your action.

Where my daughter lives, we have lost one of our young police officers recently to a senseless murderer. It's a small farming community, and everyone has been devastated. One of my grandkids was in the same HS class, there are many concentric ripples of pain.

I'm sad to hear this. I'm sure that it hits you more squarely because of your own recent loss.

Brig
I can relate. Had relatives mixed into the Aztec HS school shooting in Aztec, NM. One, a second cousin student and her father who was the first LEO on scene. He and another LEO broke a window and went inside hunting.

LL
Somewhat. The fireman had more years on the job than the punk who hit him has been alive.

It just makes me sick. Everyone is provided with his/her own handbasket and can travel to hell... but it pisses me off when they take someone with them who didn't want to go and didn't even know they WERE going. Smoke it or drink it or whatever. Just don't take your impairment on the road.