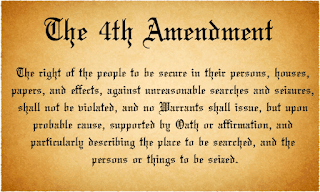 The Democrats in the House of Representatives are demanding all kinds of information from anyone remotely connected with President Trump’s campaign.

I think we all understand this is the tactic of ‘lawfare’ and death by a thousand cuts.

What I don’t understand is how they can do this, a fishing expedition, in view of the clearly stated 4th Amendment ,  the right of the people to be secure in their persons, houses, PAPERS, and effects…….

Wouldn’t the proper response to these tyrants be, “Come back with a warrant, signed by a judge?” 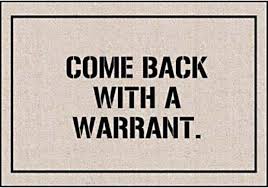 Since most of Congress are attorneys, could complaints for misconduct/malfeasance be filed with every bar association they belong?  Make them at least answer.

These assholes need to feel some pain beyond the small risk of them losing the next election. How?

Once the issue is in court, and the case makes its way to the 4th District Court of Appeals (covers DC), I think that you'd see satisfaction. The age old problem is marching the case through the system to a place where a decision can be made and precedent can be set.

And precedents can change, but in this case, at the 4th District, I believe that it would be a Constitutional decision. If, on the other hand it was heard out west in the 9th Circuit, who knows? knuckleball.

Thank you for the clarification.

And you think the Dems would be convened with law and the Constitution? All they have to do is say something and the MSM will pick up as truth and it takes off from there. Lets hope the 4th District has some scruples and back the letter of the law.

There must be a way to make these out of control Dems feel some pain.

LL's right, and they would say they can't be prosecuted, since this was done IN congress, which prevents any recriminations...

Understand. When did the House of Representatives get the power to abrogate a citizen's constitutional rights? It seems that they do it routinely going back to Joe McCarthy.

Most of Congress are lawyers who have lost the ability to lawyer for one reason or another.

Same with the last 4 lawyers in the White House... Non-practicing because they sucked as lawyers so bad other lawyers told them to FOAD and yanked their creds.

Which makes you wonder... How bad do you have to suck to become an un-lawyer? And yet we elect them to write laws that they don't even understand or care about or follow.

In lots of ways, we the people are as broken or more broken than the failed idiots we elect. The fact that many think they rule us rather than work for us is a good example of the problem we the people created.

Which is how we got Trump.

And we are lucky. Shillary is/was a lawyer.