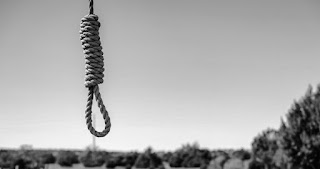 Cheyenne Leader
January 21, 1868
Three Men Hung near Dale City by Vigilantes
There is a story afloat here…that on yesterday morning, about four-o’clock, the Vigilantes visited Dale City, and made a “call” for Dillon—alias “Shorty,” and (illegible)…, and “gobbled” all three while still in bed, asleep. The men awoke soon after the arrival of the “vigies,” realizing the sense of their situation, and (could see) that the men in masks meant business. All three were quickly hung, but died game, making no disclosures of the tricks of their trade, nor implicating any of their confederates… This showed pluck, that’s all!
It is stated that all three of these men had been arrested by the police force of Dale City, and were held to bail on some charge by the Mayor. Obtaining bail, they then went on a drunk. They were caught off their guard, and were hung up. This is pretty rough, gambling with men’s lives. Let us not have too much of it.

Dale City was once the largest city in the area. Located between Buford and Tie Siding, it disappeared in a matter of weeks as the residents relocated to what is now Laramie, Wy.
Posted by Well Seasoned Fool at 11:19 AM

Trial? We don't need no sinking trial. Hang the lawyers with them.

Nice sentiment but doubt any lawyers were involved.

Yep, lots of 'ghost' towns in Colorado, Wyoming and Texas... And a lot of Boot Hills too!

Interesting history. (I'm with Coffeypot - hang the lawyers with them)

love it! I love Wyoming history.

Check your FB for a link.