A Lifetime of Misery 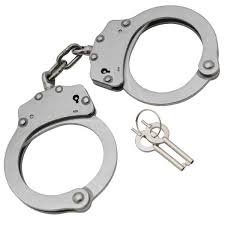 This is a contemporary of my late son. Same age, same first name, went to the same schools, and hung out together.
___________________________________) 12 13 Offenses charged: 14 Count 1 â€“ Possession of methamphetamine (misdemeanor) 15 Count 2 â€“ Possession of Methamphetamine and Heroin with Intent to Distribute, 16 500+ gr of mixture or substance containing methamphetamine 17 Count 3 â€“ Possession Methamphetamine, heroin and cocaine with intent to distribute, 18 100 gr. Or more of a substance containing heroin 19 Count 4 â€“ Possession of methamphetamine (misdemeanor) 20 Asset Forfeiture Allegations 21 Date of Detention Hearing: November 14, 2019 22 The Court, having conducted a detention hearing pursuant to 18 U.S.C. Â§ 3142(f), and DETENTION ORDER PAGE -1 01 based upon the factual findings and statement of reasons for detention hereafter set forth, 02 finds that no condition or combination of conditions which defendant can meet will 03 reasonably assure the appearance of defendant as required and the safety of other persons and 04 the community. 05 FINDINGS OF FACT AND STATEMENT OF REASONS FOR DETENTION 06 (1) There is a rebuttable presumption of detention in this case, both as to dangerousness 07 and flight risk, based upon the nature of the charges in Counts 2 and 3, and the fact 08 that the return of the Indictment establishes probable cause to support those charges. 09 Defendant has presented nothing to rebut the presumption. 10 (2) Defendant has a lengthy criminal record, both as a juvenile and as an adult. He has 11 had several failures to appear in state courts, leading to the issuance of warrants. 12 Some of his offenses were criminal activity while under court supervision. 13 (3) When officers attempted to arrest him in this case, he fled, and officers pursued him 14 and took him into custody. His record includes convictions for resisting arrest and 15 obstructing law enforcement officers. 16 (4) Defendant reported a long and significant history of using controlled substances. That 17 abuse apparently continues, despite his participation in treatment programs. 18 (5) He is unemployed. 19 (6) Defendant offered nothing at this time to support his request for release. His counsel, 20 however, requested the opportunity to develop a workable release plan. 21 It is therefore ORDERED: 22 1. Defendant shall be detained pending trial and committed to the custody of the DETENTION ORDER PAGE -2 01 Attorney General for confinement in a correction facility separate, to the extent 02 practicable, from persons awaiting or serving sentences or being held in custody 03 pending appeal; 04 2. Defendant shall be afforded reasonable opportunity for private consultation with 05 counsel; 06 3. On order of the United States or on request of an attorney for the Government, the 07 person in charge of the corrections facility in which defendant is confined shall deliver 08 the defendant to a United States Marshal for the purpose of an appearance in 09 connection with a court proceeding; and 10 4
He is a fetal alcohol child with a train wreck mother.

One incident comes to mind. My youngest’s  first “car” was a Chevy Luv pickup. When he got a Dodge Charger he sold the Luv to this kid. Said kid soon had a fender bender, fled the scene, and parked the Luv in my driveway where it was soon found by the local police.

Some background. At the time in Washington State, the license plates stayed with the vehicle when it was sold. Attached to the state issued title was a tear off section to be mailed into the state when the vehicle was sold. Since all involved were juveniles, the Luv was in my name and the purchaser was the stepdad. Within twenty minutes of the sale, the properly filled out notice was photocopied, the addressed stamped envelope was photocopied, and the notice went into the nearest Post Office Mailbox. The copies went into my files at our house.

More background, so the rest of this makes sense. The city we lived in had around 50 sworn officers. Their parking lot was exposed and isolated. Most of them wanted a $1,000 to $2,000 “beater” to commute to work. As a car salesman, I made it a point to be their go to guy, and had several as customers.

A neighbor called me at work to let me know the police were at my house. When I arrived, my middle son was outside handcuffed. The Luv was in the driveway. Seems my son was home, two policemen forced their way into my house, he resisted them, and they arrested him. I was pissed and close to being arrested myself. Another officer showed up who I knew well. He drew me to one side, we discussed the situation, and my son was out of cuffs. I retrieved the copies and the situation deescalated.  Soon after a tow truck arrived and carted off the Luv.

I’ve said many times I have the greatest respect and admiration for peace officers. “COPS”, not so much. The Captain, who was also a customer, came by an hour later. By then, I had calmed down. He told me he personally would “counsel” the first two officers.

There is a point to all this. All aspects of the criminal justice system must deal with what is on their plate. That a person starts life messed up, like fetal alcohol syndrome, doesn’t change that. This individual is a danger to society and himself. We can’t take out his mother and shoot her, more the pity, but we cannot let people like him roam free.

Life is a bitch, then has kittens.

I'm sorry for the sorrow and sadness.

Left to their own resources, in the old days, these people would end up dead, or as slaves to someone willing to sorta watch out for them.
Now?
Taxpayers are all co-dependent.
But... we can claim compassion.

My first wife was a Special Education teacher and over half the kids she tended over were fetal alcohol babies. Some were barely functioning, and some would go on to a life like you describe.

It's sad because the kids got the short end of the stick from birth.

I have no solutions, and there are no easy solutions sort of institutionalizing them.

LL
I'm sure you saw a lot of this.

GB
Back in my youth when we had a 2 Million man Army, a lot of these kids ended up there. Lots of Article 15s, lots of less than honorable discharges, but some found a home and thrived. Not happening in today's world.

Sad story, at least he hasn't killed anybody... yet...

OldNFO
None that we know of.

I know more than one person who grew up in a life like that. Sadly, most of them ended up with huge police records and a lifetime of crappy decisions. I do know some who managed to escape from that lifestyle, too.

One said that he just decided one day that he wasn't going to let his mom's stupid decisions decide for him what his life was going to be.

Ami
Good to know even one person overcame it.