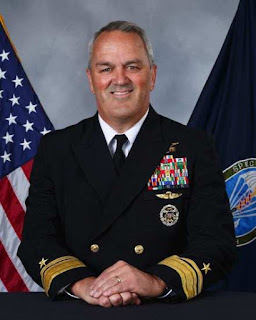 When was the last time a Commander in Chief fired a General or Admiral? Truman and MacArthur?

Now we see where the Presidential pardons and the restoration of Chief Gallagher’s rank has the top military in an uproar.  Seems the top SEAL dude, one Rear Admiral Collin Green, is kicking Gallagher out of the SEALS and is going after some very junior officers.

I don’t understand just how SEALS qualifications and retention works – not in my wheelhouse to paraphrase Nutty Nancy, but the Commander in Chief has spoken. Case closed.

The upper ranks are infested with Obama administration lackeys. They are very much part of the Deep State. A cleaning is needed. Perhaps the Commander in Chief should start by firing Green.

I’m not including the retired generals and admirals that President Trump has fired. They lost whatever protection they enjoyed by accepting civilian positions.

IMO, President Trump needs to make it crystal clear he won’t tolerate any “Seven Days in May” bullshit.

What, we can't have ECOMCON this week? No retreat at Thunder Mountain?

I agree....he needs to go through their ranks with a flamethrower.....

The deep state hates the president and the only way you could rise to flag rank during the ObamaNation was to 'bend over for Barack'. Once in flag rank it is very difficult to remove them. In essence, they just need to be put in jobs where they can't damage the nation further.

drjim
Good idea. He needs to find someone with clankers to wield the flamethrower.

LL
I bow to your knowledge.

One of the things I like about 45 is the way he keeps pardoning soldiers for killing head chopper savages. Perhaps another 4 more years will set the balance straight?

LSP
Those "Rules of Engagement" have input from the State Department. How much?

Commoncents
We haven't seen their end game yet.

Good question, WSF, and I don't know, being a humble LSP, but I get the feeling 45's made changes for the better.

Speaking of which, my eldest boy's drills (Iraq/Afghan vets) said things started off well then went "pussified" under the 8 long years of the Magic 0. Needless to say they weren't happy about that, not least because it put our people at risk. Let's hope that's being reversed.

LSP
My son's tour in Afghanistan left him with the same opinion. He felt lucky to be in the 1st Brigade,4th Infantry Div. They took control of a valley the Marines couldn't hold and they had ballsy commanders that were "blind" to a lot of things. They also kept American civilians, of any capacity, safely out of the way of what they were doing on ops.

Hope he came through that alright. And hope again that things are being put right.