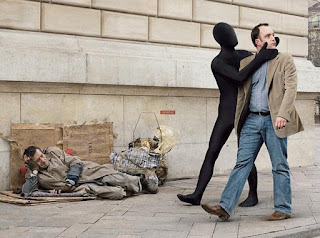 Once again WSF goes off on a rant. You have been warned.

The roots of the current homeless community go back to the late 60’s – early 70’s to the deinstitutionalize movement. The noble endeavor was to create community living situations, group homes primarily, where the mentally challenged and mentally ill would live in safe, but less restrictive homes and become part of the community at large.

Like many utopian ideas, it has crashed on the rocks of reality. The vast numbers of group homes didn’t materialize, the ones that did had problems staying afloat, and their staffing led to the same abuse that besmirched the institutions.

Less anyone think I speak from some lofty moral peak, know this. My first born was profoundly autistic. When he was around three we were advised to place him in an institution and forget him. My ex-wife was involved for years in the needs of the handicapped. The initial draft for the Washington State Education for all Act was written on our dining room table. We were the first officers in the newly created chapter of the National Society for Autistic Children in Seattle. We watched as faculty members of the University of Washington co-opted what we started and turned it into another fund raiser – fuck the parents and children it was created to help and protect.

I should add my son still lives in a quasi-institutional setting. He takes care of himself and his cat, works, has friends and is 95% independent. Along the way, he has experienced many of the pitfalls of the mentally challenged including incarceration.  Within the community he inhabits, he is considered a success. Low bar, that! With that, I’m fiercely proud of him and what he has overcome to be the man he is today. 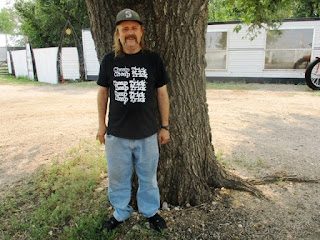 Institutions can be as good or as bad as the society that creates them, operates them, and funds them. You can say that about other places, nursing
homes, hospitals, prisons and orphanages. The key point is this: When they exist, people have a chance. When they go away, the people who need them don’t go away. They move to the streets. Not just that, but I suspect people are making money off them.

Are there answers? Damned if I know. I don’t know how you put that genie back in that bottle.

Any person of compassion hates to see fellow humans in such situations. Part of that is fear. How many are three direct deposits away from being there themselves? SJW have fodder to berate the rest of us. Politicians can mount their moral high horses. A few sober realists point out much of the world lives in such conditions, if not worse. Various Mother Theresa wannabes flit hither and yon.

So WSF, what is the point? WSF says, “None”. Embrace the suck.

Life is not, nor has it ever been fair. How we deal with it is what makes the difference. Y'all did your best, and kudos to you for that.

Old NFO
Thank you. My story wasn't meant to be the focal point of the blog.

It seems that the people who care the most have the fewest resources and/or ability to change the situation.

Those with the resources and clout to help don't seem to give a shit.

Huh. I suppose one could apply that logic to almost anything.
Dear god, I'm a philosopher.

And a good one.