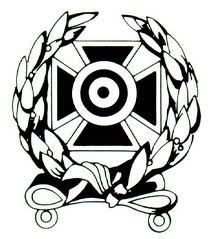 Being a great teacher is something I admire as I am not the best coach.  Did have a small success with a very bad shooter years ago.

An Army Captain and aviator in my Engineer Group had a Marksman badge. He felt not having an Expert badge hurt his promotion prospects. I had an interest in helicopters. We worked out a trade; bootleg dual in a H-13 for shooting lessons. 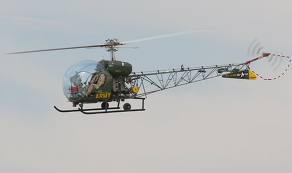 One of the things that helped keep me sane was our Rod and Gun Club. We had access to a rifle range on Saturday afternoon and Sunday where we could shoot our privately owned firearms. We could also draw and shoot our assigned M-14s by jumping through some complicated hoops. Meant our Company Commander had to put his ass on the line. Thankfully, two of the three Company Commanders I served under had clangers. Via the Rod and Gun club, we could buy surplus, mainly Belgian, 7.62 NATO Ammo.


Started the Captain on a .22 rifle.  He had a horrid flinch. It took about six range sessions to overcome that. He was damn accurate when he didn’t flinch. Next, we started with my personal Mannlicher-Schoenerauer .308 with a set trigger and thick butt pad. The rifle was scoped. He would work on his form and sight picture while I would stand to the side and operate the trigger. Once he saw he could hit the targets, he gained confidence. Next, he started squeezing the trigger. With the set trigger, trigger pull was extremely light and, with the butt pad, recoil was tame. He  stopped flinching.

When we moved on to the M-14, used the same procedure. He would sight it and I would fire it. After two sessions, he took over the trigger. At the next qualification day, he shot Expert. He only made it by three or four rounds but he made it.

The rifle range was a lot of fun. A sergeant in my unit held a Distinguished Marksmanship Badge and was a regular Sunday shooter. He was also a great  coach and worked with me and the Captain. Most of what the Captain and I did was based on his suggestions. One thing he taught me was to hang a small plumb bob off the trigger guard to insure I had the correct vertical plane position. That eliminated many of my flyers.

Our range time was a carefully guarded privilege. No alcohol, no horseplay, not unsafe practices or you were out. No different spanks for different ranks. There was an O-6 member who backed the range master 100%.

Access to the H-13 was a problem. He had to have a solo mission and I needed to get off duty. Over a year, got about 10-12 hours dual. Big problem; could not master hovering in ground effect. Give the Captain credit, he tried. Even arranged for me to go with another pilot a couple of times. Probably for the best. 1966 might not be the best time to become an Army aviator.

Posted by Well Seasoned Fool at 12:30 AM

In hindsight of course....one thing I wished I had done was take the Army up on becoming a Warrant Officer.

I was drafted and the first thing that happen when I arrived to Fort Dix(after all the shots of course) was take test after test after test. Those tests included many things from math to logic.

Half way through basic I was called to the CO's office and there were two Officers that really tried to sell me hard on going into helicopter training. They said it would only add two months onto my 2 year draft requirement and only after meeting all the qualifications and completing the 9 month school would I be required to sign up for another four year hitch.

I was in love and the draft took me away from the love of my life. We later married and are still married to this day. I couldn't fathom six years in the military.

It was 1970 and the war was already winding down and there would have been a good chance that after my training I would have never gone to Vietnam.....but hindsight is always 20/20. A part of me, after my leaving the Army, has always wished I would have taken them up on that offer.

I forgot to add this piece of irony....after I was injured, I spent almost a year in an Army hospital at Fort Devens, Mass.

Lots of surgeries and physical therapy....what caused all those injuries?? The helicopter( our main mode of transportation for us grunts) I was riding in went down crashing pretty hard. About the only thing that didn't get broken was my left arm!!

So how much worse than that would have been a warrant officer????

@ Scotty. Worse? All the paperwork the pilot (presumably a WO) had to complete.

@ Scotty. Would have taken them up if I could have gone fixed wing.

Good story, and yeah they ARE a bitch to hover... Never could do that either... sigh

@ NFO. Given enough time (and the money to buy the time) I could learn to do it. The Army would have washed me out - they had attainment goals that I wouldn't have reached during the time available.