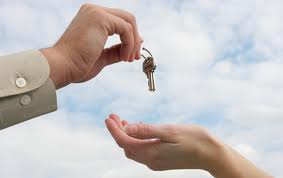 By way of Peter at Bayou Renaissance Man, a test drive from hell.

Jeff Gordon in disguise. Understand it has thousands of views.

Not as bad as this one.

Since a good portion of my adult life was spent retailing cars and trucks, I’ve had a few memorable test drives. My response to stupid driving was usually to turn off the ignition. Scary when you are in traffic, but better than the idiot running into something.  After coming to a stop, we would have a short conversation followed by a return to the lot.

One night a young (17?) man and his mother came in. He was hot for a Mustang GT, 5.0, 5 speed. OK, off we go with me driving. We changed seats in a large, empty parking lot. His first effort to launch resulted in a 270 degree spin. Scared him, and his mother. I drove us back to the lot where they purchased a 4cyl Mustang with an automatic.

The one I won’t forget was a literal life or death. Young  gangbanger type pulled a gun on me.

Back story. Pre cell phone days. The dealership had a set test drive circuit. The salesperson drove off the lot. Drivers changed at an isolated cul- de -sac. No deviations allowed.

At the changeover, he pointed a PPK clone at me. Looking into his eyes, I saw someone with no soul. I also saw he still had the safety on. Thank you Army training. Grabbed the slide, racked it back, twisted the pistol breaking his finger, and gained possession of the pistol. Hit him with it as hard as I could. He went down. I jumped into the car and drove to the nearest pay phone. When the police arrived at the cul –de- sac, he was still there, and was arrested. Fortunately, he was eighteen so no juvenile justice blow back.

Later, back at the dealership, the owner, the asshat who designed the test drive route, and I,  had a heated conversation. Our sales staff was about 50% female. They hated the changeover point; didn’t feel safe. You couldn’t fault them. Net result was the test drive route was changed. Never learned why, but shortly after that the asshat got fired. Sincerely hope I contributed to that decision.

There was the lady, fresh from Japan, who decided to drive on the side of the street most familiar to her.

When we were selling Suzuki Somersaults, er, Samurai, we had an off road course we could use. Lots of fun for the test drivers. Lots of bouncing around. One young braless lady bounced around so much, her bouncers fell out of her top. That was fun (grin). Even more fun when she “let it all hang out” laughing the whole time.

We had a female salesperson that raised some eyebrows. When she had a male customer, I knew how close she was to a deal by the number of buttons undone on her top. At the third or fourth “pencil” her third or fourth button would be undone. She would lean forward and say, “You can afford that payment, can’t you”? Done deal. Some of her test drives were unusually long. My policy? Don’t ask, don’t tell. With our other saleswomen going on a test drive with male only customers,  I made it a policy that one of us would come over and say, “Please don’t be gone too long. We have someone on the way to look at this car”. While doing this, we would make eye contact with the customer. No one left our lot until we made a copy of their driver’s license.

One thing all long term salespeople do agree; there are a lot of very bad drivers.
Posted by Well Seasoned Fool at 6:00 PM

Good stories, and thankfully you were paying 'attention' to the punk...

@ NFO. Police later told me they though it was some gang initiation act, and he probably would have shot me. Never, to my knowledge, went to court. Was told I hit him hard enough to do serious, permanent damage. Sure hope so.

Yeah, but that is more typical in LA and Chicago... 10-11 year olds 'shooting' into gangs, rather that getting beatings...

Great stories! As I've mentioned before, I was in the mobile home/modular home rackets and it operated much like the automotive sales rackets.

@ Scotty. I can visualize the problem.

But....I did manage to do some test driving. I think I may have mentioned that I was a service writer for a Volkswagen dealer in New York. For almost two years.

Got to test some of the customer's cars after service but, it was tough to get excited about a VW, especially back then. The Sirocco was the hottest thing that had back in the day.For a Corvette owner that was pretty mundane.

I learned a lot about VW customers back then. The folks with the air cooled models were almost cultic. Some of them REALLY strange.

If one forgot to put that service stamp in the back of their service book, you would have thought you murdered their firstborn.

I don't know about the service end but, I come across some Volvo folks not unlike the ones in the cult of Volkswagen......

@ Scotty. Once made a mega pounder on a Porche deal. The customer "rescued" the Porche from our "pot" lot, bless his self important yuppie heart.

The same mentality can be found in wholesalers specializing in high end cars. They should know better. When I was running things, I wholesaled every damn European trade in, except VWs, instead of putting those money pits on the front line. I never once paid good money for VW trades but kept them because they sold well.