Thank You For Your Service, Now Fuck Off 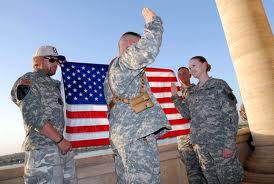 So good to know my son, his wife, and their five children are living a lavish life style at Dugway, Utah.

So why is it they qualify for food stamps, WIC, and school lunches? 30% savings at the Commissary? Where did the author come up with that? When they were at Fort Carson, my frugal daughter in law shopped at WalMart.

Then there is this gem.

During Friday’s marathon gun control hearing in the Colorado Senate, Republican Sen. Kent Lambert offered an amendment to exempt active military members, veterans and their families from the gun magazine ban.
Enter Sen. Mary Hodge, a disgraceful Dem who urged fellow lawmakers to oppose the exemption because “some of them come back with significant mental health problems.”

This is my State Senator. Always thought she was sensible and fair minded. I’m shocked she is caught up in the “Chicken Little, We’ve Got to Do SOMETHING” hysteria.  The next time I see her in person, I’m telling her just how offensive I find her remarks. 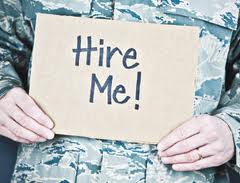 Posted by Well Seasoned Fool at 9:54 AM

They've got their marching orders from BO, and they are in lockstep... and damn the truth!!!

@ NFO. You are exactly right.

She is a Democrat. Do not expect fair minded or sensible when it comes to following the dumb fuckery they're up to. Not that the Republicans are any better, but at least they're not trying to shit on the constitution with regard to our gun rights.

@ Ami. It stings because I've know this person for several years and have misjudged her. My bad, and I feel like a fool.

Out here in the middle of nowhere, the commissary is the most convenient place to shop and while some things like cheese, cereal and some of the meat is cheaper, they make up for it in the price of milk (almost $4.00 a gallon). Also, in town, there is no tax on food items yet at the commissary there is a 5% surcharge on EVERYTHING. Yes, we are able to support a family of 7 on an E-4 income, which in the civilian world would work out to be about $50,000 a year when you include housing allowance and medical insurance, but we do that by living on a budget and not participating in frivolous spending. The Army has become so back-ass-wards that the "lavish benefits" are no longer worth the stress and the risk of my soldier being deployed out to a hot zone like Korea. Sadly, this is no longer the America my soldier took an oath to defend.

@ FDIL You can't imagine how much I respect what you and your soldier have accomplished.