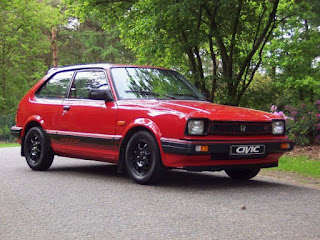 Get four car people together along with some adult beverages and the stories start. We were discussing dumb customers and I offered a story of one dumb customer.

Renton, WA around 1996, we had a red Honda Civic stuck back in the corner that was a “bad car”. The question was to send it to a salvage yard or spend money fixing it.

A couple in their thirties come onto the lot and “landed” themselves on this Honda. Figuring me to be a lying car salesman who was “saving” the car for some favored customer, they insisted on a test drive. OK, get three sets of keys and dig it out. At least the battery held enough charge to start it.

Test drive over, they want to buy it. I tried to show them other cars which only convinced them the car was a steal. So in we go and I do the paperwork and get their money. 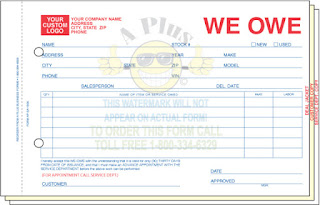 At the dealership we used a “We Owe” form to put all promises in writing.  My manager flat told them he thought it was a “bad car”. Further, he would prefer to sell them a “good car”. They signed a We Owe with the following statement, “We have been informed by the manager of Sunset Cars he considers this a “bad car”. We choose to buy it anyway”.

Within two weeks they found out the manager didn’t lie. Somewhere between Ellensburg and Yakima the engine sized and they lost control and crashed.

They then show up at the dealership demanding their money back plus expenses related to the car failure. After being politely told to wish in one hand, shit in the other, and see which filled first, they left. 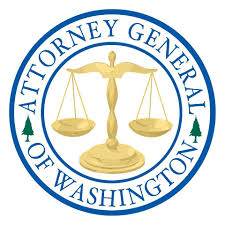 At the time, the Washington State Attorney General’s Office investigated complaints against car dealers. They were hardly neutral and would come into a business with an attitude. The customer had filed a complaint and an AG Investigator showed up.

Our manager went to the back room, found the file, copied the We Owe, and handed the copy to the AG dudette. He then pointed to the door and went back to his desk. Later said it was a very satisfying moment.

My friends had their own stories but, on that occasion, mine was the best.

Yep, sometimes karma DOES fall on your side! :-)

It does, and it is gratifying.

We had a guy come in with a Toyota (Corolla, maybe) station wagon and the rear end was making Bad Noises. Not whining or howling, but crunching and clunking. We pulled the cover off, and chunks of the spider gears came out with the oil. We told him the rear end was shot, and we would replace it with a guaranteed one from the bone yard for $150.

So we told him that we could weld the spider gears together, and with a new gasket and oil refill it would be $50. We also told him it would make the car handle weird, as the inside tire would want to skip and hop because it was forced to turn at the same speed the outside tire turned at. He said he understood, we had him sign a statement that we told him all about it and he understood the consequences, and we went to work.

He seemed happy, and then two weeks later we get served.....

His lawyer dropped the case when we showed him the signed statement.

As a manager I was hated because I demanded zero paperwork errors and would fine the offenders. When they threaten to quit, told them go ahead. You will never make the store more profit then the store will lose in a lawsuit. I suspect we avoided being sued because their lawyer read their copies of the transaction.

You just can't fix stupid. And I always like a happy ending.

The really stupid ones think the are smarter than anyone. We had one for eight years that was, "The smartest man in the room".

Gee, being so smart, did he go and run for President?

Unfortunately. Worse, he was elected twice.