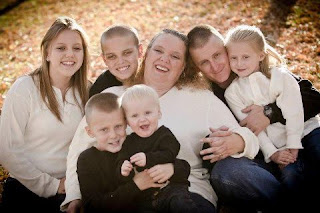 A heartfelt good wish for all you fathers out there, and all single custodial parents carrying the whole load. Blessings be upon you.

One marriage for me. Lasted 24 years, by calendar, about 20 years together.  Have now been divorced longer than married. We had three sons. I raised the two youngest as a single parent. 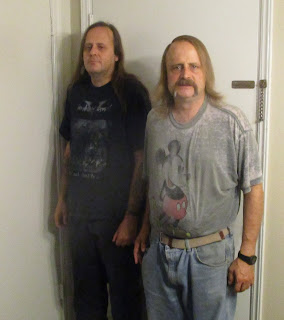 Oldest on the right, middle son on the left.

The oldest was autistic from birth. He overcame it then was struck by an out of control bicyclist, suffered a profound brain injury, and had to start all over. He lives on his own with a bi-weekly visit from a social worker, is a professional dishwasher, and an independent newspaper hawker. 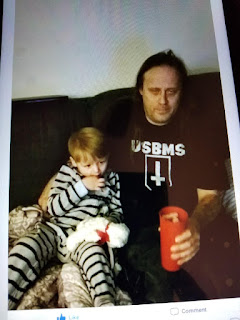 Middle son has one son. Has Aspersers’ Syndrome which became noticeable after multiple vaccinations as a toddler. A hard working reliable man, he has one son who doesn’t live with him, but who he supports. 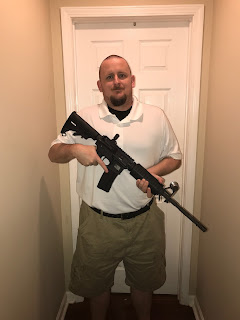 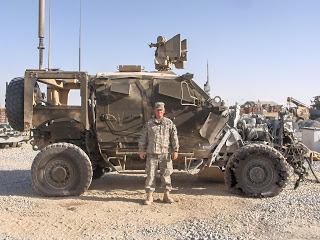 Youngest is medically retired from the Army. He has two children from a previous relationship that he gained full and total custody. 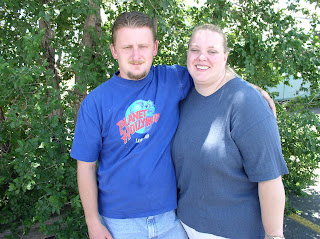 He married a wonderful woman who had two children from a previous marriage. They have since had one child together.

It has been a journey, as is true with most families. I take pride in three honest, hard working sons who take personal responsibility, won’t steal,  and get up each morning and start putting one foot in front of the other, as they were taught. They have no intent to harm anyone. However, fuck with them and they will fuck you up, and were trained from childhood in the skills of Dirty White Boy. 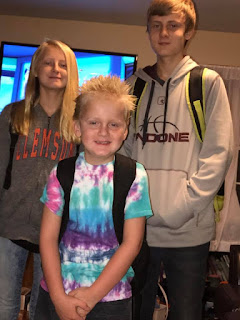 Now I enjoy my six grandkids and give parental guidance only when asked.

You have a great family. A lot to be proud of. Happy Father's Day to the man who raised some fine humans.

You did quiet well with all that was thrown at you. Be proud of yourself as I am of you. Many would have left them at the curve, but not a real dad. BZ dude.

Congratulations, WSF. Your grandchildren will come to rely on you more and more as they grow for insight and for the sort of wisdom that only grandpas seem to possess.

John- Leaving them is not in my DNA.

LL - Grandpas can be detached while still caring.

Aw. Good on ya, WSF. Great family tribute and wonderfully done as a father. You can pat yourself on the back. Happy Father's Day!

And you for raising your daughter mainly alone.

I am sure that his Aspergers became noticeable after multiple meals as a toddler as well. There is no scientific evidence that vaccinations cause Aspergers. It is a dangerous myth that has lead some parents putting their kids at great risk by not having them vaccinated.

Hope you had a happy Father’s Day.

No scientific evidence? You need to do more research before you claim the title of "fact checker".

I have fact checked. There is no scientific evidence that MMR vaccination causes autism. In addition, the original research linking the MMR vaccine and autism has been comprehensively discredited and the person who wrote it has been struck off the medical register.

Glad to hear you are not an anti-vaxer.

You are talking about Andrew Wakefield. Poor man, he never claimed he found the cause; rather he was asking questions and calling for more studies. One newspaper, the Royal Mail, went after him and destroyed his reputation.

There are studies “proving” no link with thimerosal.

There are no studies I can find that “prove” who funded these studies. Please excuse my skepticism. A preemptive strike against future massive class action suits?

Past that, the wisdom of many inoculations at once is, I believe, questionable.
My youngest son is an Army medic, now medically retired. His children have all received vaccinations, but on a schedule he insisted upon. He personally read all literature accompanying the vaccines, and rejected some. Royal pain in the ass he was. His children are ok.

Too important a subject for comments in a very minor blog.