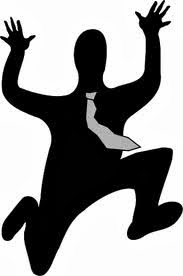 As a long time Blue Dog Democrat I have yet to tell the Democratic National Committee to pack sand. Hence, I’m still on their mailing list. Don’t know why, haven’t given them any money in years.  They recently sent a mailing piece. It was an oversized legal style envelope with, in the upper left corner, large font, PRESIDENT BARACK OBAMA.  Centered on the envelope were the words Do you still have my back? Below that in small letters my name and address. The contents are shown here, should you have the stomach to read them. 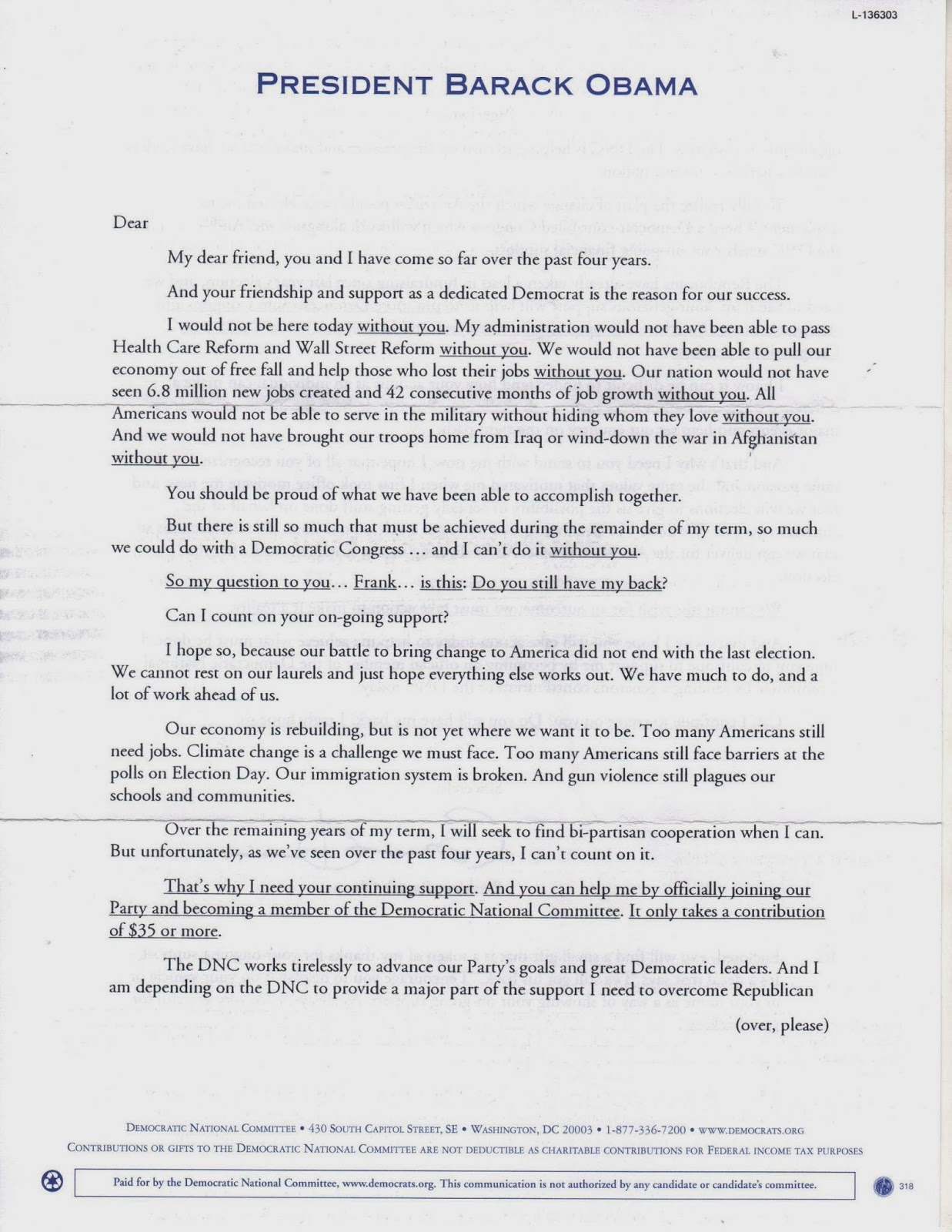 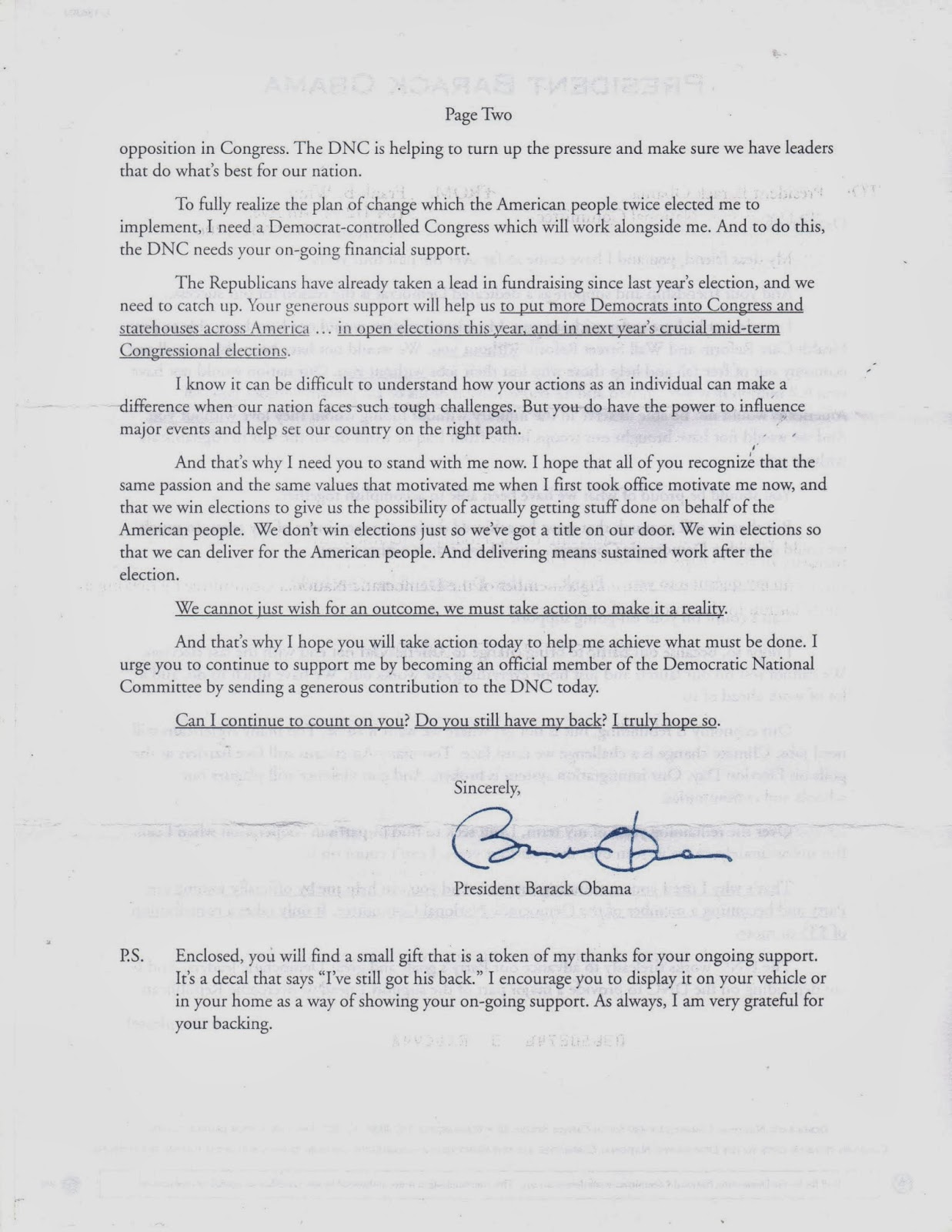 To me, this letter reeks of fear. Of course, that is a motivator in many a fund raising letter, and stump speech, but this seems more strident than usual.

Since they enclosed a prepaid envelope, I will send it back empty and without the stamp. The small gift mentioned in the P.S. will find a home on the bumper of someone I dislike. Yes, I’m mean and petty that way. 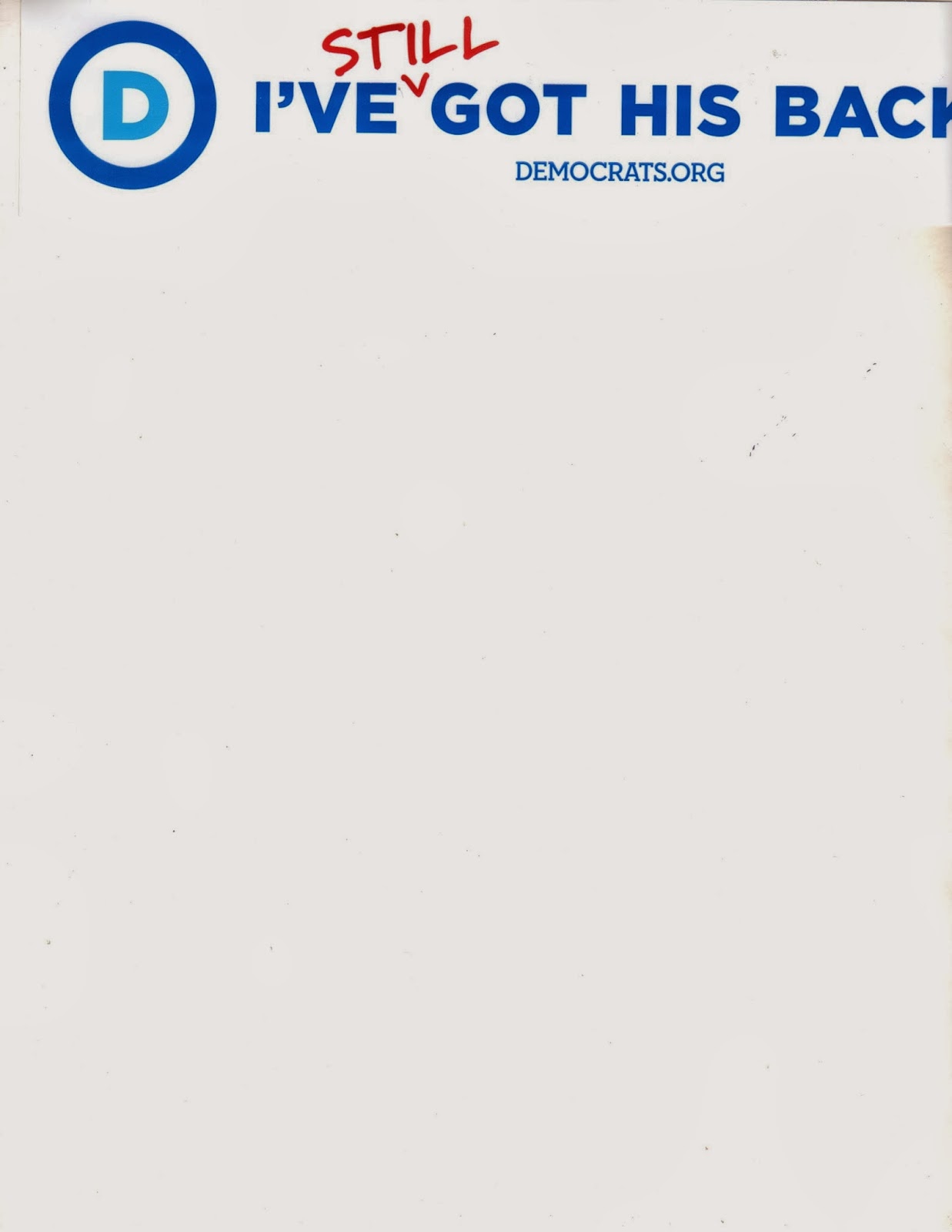 Posted by Well Seasoned Fool at 10:20 AM

Yes, interesting. I've been reading these things for years, and for years they have been similar. This one is different. All that underlining. Mentioning gun control - seems they are writing off the Blue Dogs. Strident and defensive. Just seems to be a different "flavor".

I can't see it, even when clicking on the letter itself. Too small. Gonna google it and see if I can find it online.
I want Obama to fuck off. What a piece of shit he is.
Oh, did I actually type that?

Ah, never mind. Managed to enlarge it a bit. Could read it.
But I still hate him and think he's a useless piece of shit who has done more to hurt me and my family than anyone has ever done.

Fuck no I don't have his back unless presented with the opportunity to walk up and kick him in his lying ass.

I didn't think it was possible for me to loath someone more than his predecessor, but I was wrong.

I'll have you know that Newt personally called me yesterday!! The message was too important not to have been a recording. Although, Newt wouldn't let me get a word in he did put me on hold so that someone could come on to ask me how much money I was going to put forth..,..I feel SO important now!!

SO important you pledged how much?

ZERO Personally I think Newt is just one of the many leeches that make money from elections won or lost!