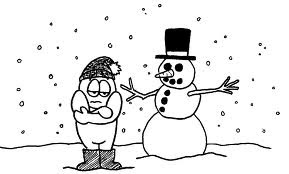 Inspired by a remark by Old NFO. Not his fault - please don't stone him.

“You take people as far as they will go, not as far as you would like them to go”
Jeannette Rankin

“The individual woman is required a thousand times a day to choose either to accept her appointed role and thereby rescue her good disposition out of the wreckage of her self-respect, or else follow an independent line of behavior and rescue her self-respect out of the wreckage of her good disposition.”
Jeannette Rankin quotes (American Politician She was the first woman to serve in Congress (1917-19), 1880-1973)

Most all of my father’s family were involved in politics at the local and county level. At various times, my father was a GOP precinct committeeman, election judge, county chairman, candidate for Sheriff, and state delegate. My mother served for decades as an election judge. As an aside, my father was also a union shop steward. Uncles and aunts were active in adjacent counties. I don’t think any of them every made a dime off politics. It was all about citizenship.

My first direct involvement in politics was in college. Metro State in Denver had a large veteran student body. The VA at that time wasn’t responsive. Sort of a, “We won WWII and you punks are losing in Vietnam”. Harsh? Damn Skippy. Talk to a Korean vet sometime.

When you enrolled each quarter, you ran a gauntlet, past the cashier, of tables with various organizations (La Raza, Black Panthers, CORE, NAACP, Students for a Democratic Society, Friends of Transgender Cats, etc.) lining the hall. Two other vets and I had a table labeled “Metro Veterans Assoc”. We had over 400 vet students sign, complete with service numbers and branch, a letter of complaint to President Johnson. Those who followed after us grew the organization to a statewide 3,000 member organization. We had some epic confrontations with the VA, VFW, and the American Legion.

A student, who became my wife, was involved in the USO. The Air Force, at Lowry, had a retraining company infected with TB. She would smuggle the Airmen, in the trunk of her car, to a WWII vet doctor for treatment. He raised such hell with his Congressman an investigation was launched. Years later she was hired by the Department of Education as an assistant to a blind investigator. Her background clearance took several months. Her boss told her our combined FBI file was several inches thick. During our first years of marriage, we were under intermittent surveillance. Not paranoid. My neighbor, across the street, was an E-8 Green Beret. He was the one who alerted me. Such is the price of being an activist in the land of the free.

Fast forward a few years. Our first born is autistic. We lived in Utah then and there was little available for him. Seattle had more resources and I was offered a high paying job.

My wife and I, along with others, founded the Washington State Chapter of the National Society for Autistic Children. She was the President for many years and a nearly full time unpaid lobbyist. The original draft of the Education for All Act was written on our dining room table. She and some other pissed off mothers fought for three years to get it passed.

NOTE to Santorum, et al. Pissing off mothers and their daughters WILL get the Lightbringer reelected.

Still in the GOP, I was a county delegate pledged to John Miller during the Reagan sweep. I made my point at the caucus, forcefully, and was tossed out by the Sergeant of Arms. Later I was advised I was NOT welcome back. Oh well, became a Democrat.

Look at the choice. Lukewarm Chicken ala King in a meeting room at the Bellevue Holiday Inn or hearty party at the Longshoreman - Steel Worker’s bar on Harbor Island. Tough call.

Marriage for many of us is hard. Having a handicapped kid makes it even harder. The wife bailed, moved several states away, and left me the kids to raise. She left me for another man, who she thought was wealthy. I wanted to send him a thank you card but was afraid he would send her back. Turned out he was more hat than cattle. Oh well.

We had settled in Renton, WA. I made the mistake of attending a precinct caucus and ended up the precinct committeeman. Did that for a few years until family matters made a move to Colorado necessary.

Can one person make a difference? Hell, yah, at the local level. For example, traffic lights. Renton is home to a Boeing complex and PACCAR (Peterbilt, Kenworth trucks). At shift changes, traffic is horrible. I was agitating at a City Council meeting. The chief traffic screwer upper explained some lights were controlled by the City. Some by the County. Some by the State. My response was along these lines.

“We have the longest serving mayor in the area. Three of the five County Council members list Renton as their home. The Governor list Renton as his home. You mean to tell me there isn’t enough political clout in this town to get traffic lights coordinated? Bullshit, what is lacking is backbones.”

Once again I was escorted from the premises. Go figure! Strange but true; there was an improvement in traffic flow in the weeks that followed.

Get involved. Instead of bitching among friends and at home, bitch (politely) where your input has, however slight, an impact.

My involvement in the political process has greatly widened my social and business contacts. Dealing with government offices and their employees has become much easier. As my sister likes to say, "We have people." In some ways, it has made my career. This was never my goal; it is a by product.

Hope this hasn’t been too boring. Let me close with a quote from Jackie Cooper.

“If you always do, what you have always done, you will always have, what you already got.”
Posted by Well Seasoned Fool at 6:37 PM

Good post, good points, and you are correct! If you WANT to change things, you MUST get involved...

@ NFO Thanks for the kind remarks. Sometimes it feels like trying to empty an ocean with a bucket.

And the bucket has a big hole. Remember my days in Adams County in the Republican party...precint meetings, county delegate. Grassroots is the place to help move change along. It's important to remember not to burn bridges with the elected officials, be polite, etc. Many times over the years in dealing with politicos, we have agreed to disagree but still listen to each other's views. Wish some folks outside local politics would choose to listen to other folks' views and not try to jam their views down throats. Oh, well...hope springs eternal.

@ Sisty Amen!
P.S. A Republican in Adams County is akin to a fighting gamecock at a fox convention. Feathers fly!