Most Police Officers Are OK 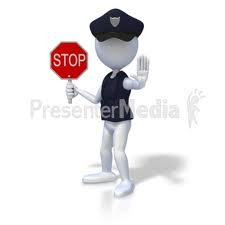 Watching the video of Officer Matt Lyons, Oceanside PD, handling “Jeremey” made me appreciate once again how skillful most officers are at dealing with tense situations, including one involving me.

My employer had me running off site car sales around Colorado. We did sixty or so in many different locations. The permit requirements were different in every municipality. The local dealers hated us and would try to sabotage our sales.

In one town where we had already held a sale, I overlooked one minor permit. Towards the end of our first day, a police officer pulled up and told us to shut the sale down; we were operating illegally. My first assumption was some dealer had put him up to shutting us down. I was hot. My boss had $35,000 spent to hold the sale. My six man crew was paid on sales only. Getting shut down was a huge personal, financial, and professional disaster.

The officer kept his cool. He also stayed back about six feet from me. The five minute conversation was quite animated on my part. He stayed cool but never backed down. I shut the sale down. Two of my crew thought I was going to jail.

This officer had courage. He was a lot smaller than me. He was alone and there were seven of us. He didn’t call for backup, reach for his pepper spray, or put his hand near his handgun.

Our corporate lawyer came up that night and we went to City Hall the next morning. One $50 check for the permit and we were good to go. Seems the clerk was behind the shut down. Seems her brother was a car dealer. We stopped downstairs at the police department and did a little apologizing, etc.

My budget took a huge hit for the lawyer’s fee but it could have been much worse had the officer involved been as much a hot head as me. This was truly a case where the officer was much better than the citizen. I believe the majority of police/citizen events go down like this.

I’ve had a few encounters over the years that involved “badge happy” officers making the law instead of enforcing it. That is why we have courts. This officer was more of a “peace officer” than a policeman. We need more peace officer and fewer policemen who look like Army Rangers or Marine Recons.

Work tomorrow. Delta to Florida by way of Atlanta. I’m just quivering with anticipation. Ugh!
Posted by Well Seasoned Fool at 9:37 AM

You & both stand for the "peace officers" on duty. Including family members - past & present. God keep them safe & bring them home to their families safely after every shift.

Big of you to admit that. I can see myself in the same (hot tempered) position.
Cops do a job most of us don't want/can't do, for WAY too little recompense.
God Bless 'em.