Attention Getting Headline I Can't Think Of 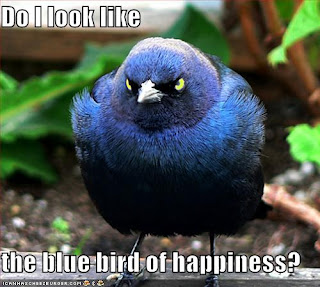 Colorado is a vote by mail state. Unaffiliated voters for the primary election receive two ballots, one for each party. Only one can be returned and there is no provision for splitting your vote. Should you try to game the system and return both ballots separately or together, both will be rejected. 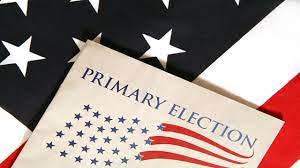 At the county level elections are run by the elected County Clerk and Recorder. In my county ours is straight arrow when it comes to elections. Statewide? With 64 counties who knows. Mesa County’s (Grand Junction) Tina Peterson may or may not be straight arrow but the (P)regessives are after her hammer and tongs. Metro Denver and Pueblo have a “history”.

Harry Truman, who once said he wasn’t in an organized political party because he was a Democrat, wouldn’t recognize Colorado’s party. Only one contested race and that is for University of Colorado Regent. Might be important; that is where Emperor Polis started.

Slo Joe is so weak Emperor Polis has Presidential fever. According to the Colorado Peak Politics site, Polis is trying to portray himself as some kind of libertarian champion. That might sell in other parts of the country.

The Republicans have many contested races. As usual, several polished Country Club loyal opposition (yawn) candidates and a handful of mavericks. There are even a few damn decent people sticking their necks out.

I’m in the newly formed 8th District where Sister Kink is a candidate for the new Congressional seat. 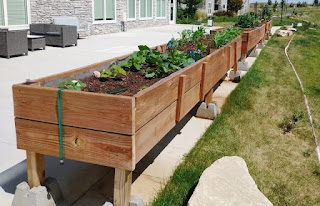 Those residents into gardening seem to be doing well. The way things are going in our country they may end up feeding the resident in our building. Before. 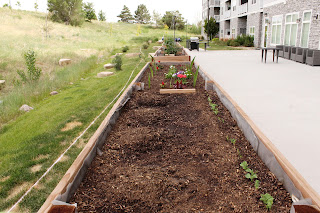 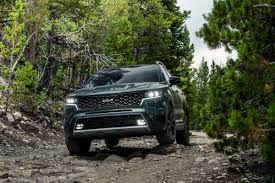 She stepped up and bought a new Kia Sorento. In her work she needs the reliability and her old one was, surprise, getting old. She used Kia of Cheyenne. The owners and General Manager I worked with for years. They know her well as she did many things for all of us over the years. I didn’t ask how long it took her to shift all her “stuff” out of the old Kia. Hope she didn’t forget the NAA derringer I lost in Horsetooth Reservoir many years ago.

A Fool and His Money 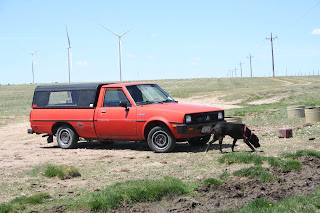 While on the subject of vehicles I continue to dump money into my 1986 Mitsubishi Mighty Max. Two reasons. First, I know what is wrong and what is right about this truck. Second, there is nothing I can buy with the same money that might be reliable. As LL points out, two is one and one is none. I need two vehicles.

Next month, assuming I make it, I will have been a licensed driver for 64 years. My wants in a vehicle have devolved. When I turn the key it starts. When I let out the clutch it goes. It goes down the road at legal speeds. In my adult life I have personally owned more vehicles than I can remember. As to the impression others may have of me and/or what I drive, I don’t care. 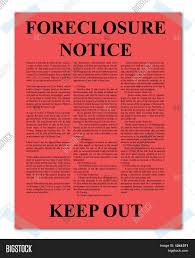 Most readers know I am an agent for what is legally a collection agency. I go to residences where the owners are behind on their strokes. They get a letter and the visit is documented. I’m getting slammed. It will get even busier with the Fed raising interest rates. I sense the residential real estate market will shrink rapidly because new mortgages will be much harder to obtain. Those folks thinking they can sell at a big profit and save their asses are, IMO, wrong.

Will it be as bad as 2008 with the subprime collapse? We should be so lucky that it doesn’t get much worse. 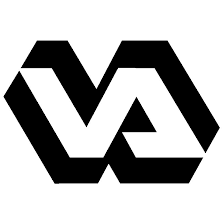 I have never tried to hide my negative attitude towards the VA. Slowly, I’m changing my attitude because the people I’m dealing with at the patient level in this area are good people with a good attitude. Next month I will be trying their physical therapy program. Age is sapping my leg strength and falling, and not being able to get up without help, is a concern. 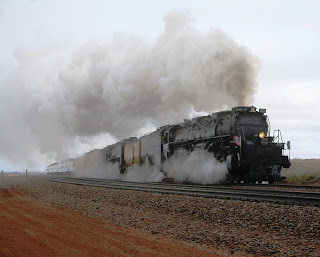 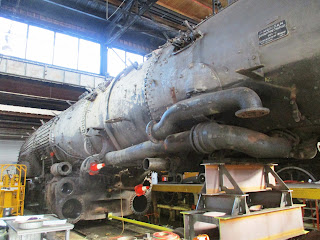 An interest of mine, I am disappointed the Union Pacific’s summer program is in a state of flux. A Northwest tour was planned but is now on hold.

The various tourist trains in Colorado are up and running. All, IMO, are worth a try. 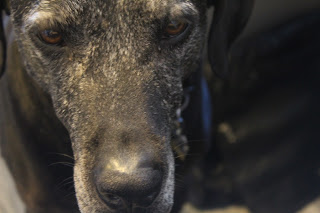 I’m so glad I adopted this dog three years ago.

If I lived in your district, I'd vote for Sister Kink. Polis is a joke, and so are most of the people who voted for him.

Glad the gardening is going well for The Ladies.

Vehicles....I would have kept my Jeep GC, but SLW insisted we should get a truck, so we did. I'm very pleased with the Colorado. Plenty of power, decent ride, handles better than "A Truck" has any right to, and good gas mileage. Her 2013 Elantra only has about 38,000 on the clock, so it's not going anywhere anytime soon.

I read a Real Estate blog (Dr. Housing Bubble) since around 2000 or so, and he's been right every time about market "corrections". He says this time it won't be just a "correction".

My son took his Mom on the Cog Railway a month or so ago. They couldn't get to the summit because of high winds, but they'll go again when hhe comes back to visit him in the Fall. SLW and I went the first time we were here in 2013, and all was well until I took a few steps out of the train at the summit.

Now I know why they had those conveniently placed had rails *right there*! Took 3 or 4 steps and about went out...

There are few things in life as rewarding as having a good, loyal dog in your life.

You both hit the jackpot in the Pet Rescue Lottery!

I feel like I've been brought up to speed on - most things now.

You haven't reported on the coven for some time. I know that Banner won their hearts but that's been some time ago.

Still driving my 2001 Silverado that I bought new. 160K miles and still runs great. Had to replace the original rack and pinion about a year ago. It lasted 2300 miles. Shop I use made the supplier eat it. That's the thing these days--Can you even find the part you need, and is it made from chinesium? As you said, I know what's right and wrong with it. Paint is peeling in places, which these days sort of provides a form of urban camouflage.

Nice to see there are plans to restore Challenger #3985--

Have Challenger on video from her run through northern California around 2005.

Right. Let's try including the link this time.

DrJim
Getting acclimated to altitude takes time and "altitude sickness" is very real. In my formative years I seldom lived below 6,000' ASL. The place where I was born is 6,700+.

The idea of Sister Kink, Lauren Boebert and Ken Buck together would send the (P)regressives in this state crazy.

LL
The Coven is a shadow of what it was pre-COVID, in part, due to a few members dying. They still meet but have been overtaken by jigsaw puzzlers and bingo.

RHT
The last run of the Challenger was pulling the last hurrah of the Ringling Brothers circus train. I was fortunate to see it. My photo skills that day were subpar even by my low standards.

$1,300 Rocky Mountaineer train Denver to Moab over two days with layover in Glenwood. Or $300 by plane in about an hour. Or drive for five hours on about a tank of gas. Amtrak coach from Denver to Green River, near Moab, is $80ish round trip. $300ish for a roomette. Can be a daylight run for sightseeing. 10ish hours if everything goes well. I would not expect the Rocky Mountaineer to survive a recession.

Altitude doesn't bother me too much until I get above 8500~9000'. Then I get winded very easily. So I just take it slow, and take some cans of Oxygen with me. SLW was definitely ill from it the first few months we lived here. It passed, but bothered her.

Regarding your Micro Economic Indicator, I just noticed I've been receiving price reduction notices on the houses I've looked at through Caldwell-Banker, who bought Zip Reality.

In some cases, brand, spanking new developments are cutting the prices on their "under construction - available soon" homes. Even the million buck properties I like to ogle are coming down, and not just 5% drops, either. Some have dropped their prices by $200k, which either says people can't get the loans, or the people that can, are sitting it out. $600k homes are seeing $50k drops, and $400k houses are dropping $15~25k. Not just here, but back in my hometown area, which I like to watch, too.

Things don't look good, and since housing prices don't start dropping until we're well INTO a recession, looks like the lame stream media is lying about that, too.

jeff d
Most of what I posted are day trips. Spendy but not outlandish. Note I said most. You can take Amtrak from Denver to SLC most days for less than $200 and most of the trip is daylight. Several areas the track traverse have no vehicle roads.

DrJim
I don't follow real estate prices very much - I'm not likely to be in the market but agree they are an economic barometer. Right now feels like 2007 and before that early 1980's. Those were not happy times.

Altitude. Oxygen is a good idea. What is critical is staying hydrated. Drink water hourly even if you aren't thirsty.

Old NFO
He has mellowed me. I'm fortunate to have him, shedding and food obsession aside.

My opinion: There is nothing to be trusted in the Colorado mail in only election method. But I vote just to tell myself that I did. I think you feel the same.
Was a long post so I will read the rest when I have as much leisure time as you. :-)
Take care

I think Carly Koppes runs a clean election. In a county that went for Trump 70% Democrats still get elected. South of the Weld County line? Hard to say except we all suspect Denver County elections are manipulated. Jeffco and Boulder? Doubt any in recent memory are valid. Adams and Arapahoe results are suspect. Broomfield is so small nobody probably bothers.

Still trying to drop by on a Tuesday night. Life gets in the way.

Koopes has every desire to run it clean. The subversion with ballot harvesting runs deep wWell Seasoned. Mail in removes to much oversight.
I’m out of town next week. But my fellows will be there as always.

Mail in ballots? Good luck, though I don't know the detail.

And I applaud you keeping an old truck running and saving $$$. Man, some of these people pay 80k+ for a new pickup. What?!?

Of course the country's insane, there is that.

LSP
"Keeping the old truck running" could be code for a fool and his money are soon parted. Oh, look at my blog title.

There are seldom easy choices but there are almost always intelligent choices.