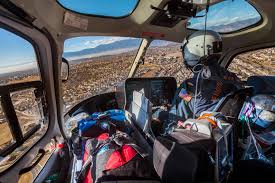 A Flight for Life chopper went overhead about an hour before I took my sister to the hospital for knee replacement surgery.

Pulling up to the entry, a large number of people were milling about, some hugging others, and others meeting and greeting. All were wearing masks. My assumption, which I believe valid, was a loved one was on that flight this morning.

Been there, done that one Sunday when it was my brother-in-law (who didn’t make it). At least we family could gather and be in physical touch with each other; that was comforting.

Because of this manufactured “crisis” and the mandated social control, those people this morning didn’t have even that possibility for help in facing their grief.

May the lowest levels of hell, or the highest if hotter, be waiting the cynical politicians and their fellow travelers who have inflicted this misery on millions solely to advance their agenda.

Side note. With the schools closed, Colorado has seen a drop of some 28,000 reports of child abuse and endangerment since the Chink flu scare started.

Normally I wouldn’t use “Chink Flu”. I rather like most Chinese people I’ve met. However, with Slo Joe issuing an Executive Order outlawing the term, I feel the need to verbally wave with just one finger.

Hope her surgery went well. And you're right, Life Flight is no guarantee that the patient will make it.

Got a text a few minutes ago from her. Seems alll is well. Earlier her Doctor called.

The shock waves from this manufactured "crisis" will reverberate for decades to come. Definitely a "Black Swan" event....

"May the lowest levels of hell, or the highest if hotter, be waiting the cynical politicians and their fellow travelers who have inflicted this misery on millions solely to advance their agenda."

Right there with you.

EMS Helicopters.
Wanta hear stories?
I got a few.
And too many of 'em end with my crew performing CPR on a patient that went immediately to he Operating Room upon landing.
Most didn't make it.
We took great satisfaction that we gave 'em the best chance.

GB
My BIL was alive when he reached the emergency room. The hour+ he lay out by the oil rig he was servicing was critical.

My late son, Army Medic and later EMT's greatest pride was he never delivered a dead patient. As an EMT, he said he didn't want to deal with the paper work!

What he told me once was, "Dad, when I have hands on a patient, they are not my hands! There is a higher power at work". Who am I to doubt him?

I'm glad that she is doing well. It irks me in a serious way that loved ones can't enter a hospital anymore to comfort a patient. It's wrong at every possible level. And if it comes to that, nobody wants to die alone, and that's what the politicized flu has done to us - stripping humanity from us.

LL
Sadly, too true. I wonder about the long term damage to those in health care. Tough career to begin with and now dealing with this, at all levels.