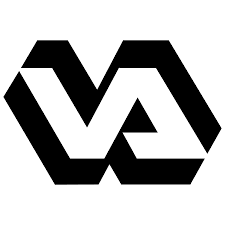 Had my first VA appointment this morning. Mainly was questions, blood pressure check, and listening to the heart and lungs. They were surprised to find me PPPPPP (Prior preparation, etc.) Gave them printouts on my last five years of clinic visits, current medications, current supplements, and all the reports from my pacemaker escapade. The physician agreed I need a referral to a urologist and promised to set it up with the VA Hospital in Cheyenne. We will see how long that takes. Overall, a good experience.

To get to this point took a letter to my Congressman. I’ve blogged about this before. The first person I saw this morning was the XXXXX that caused the problem to begin with. She was tasking the intake desk. Still has the attitude and was treating the vets in a most condescending way. I used the kiosk to check in and didn’t need to speak to her.

Back in the car selling days, I loved this kind of customer. I’d let them be all superior and condescending while setting them up for the kill. They always let their mouths overload their asses.

In general, my approach to sales was: They came in to buy a car. Let them! Don’t make it an ordeal.

On occasions, with customers like her, I let the killer out of the cage. The usual time for them to realize just how bad they were fucked was three days. No matter how they carried on, I never, ever, unwound the deal.

Isn't the VA Hospital in Cheyenne a new one? Heard a couple of Vets talking about it on the "Horsetooth Repeater" that the local radio club runs.

And as my dealership friends always used to say....."There's an ass for every seat. It's our job to match them up".

And letting their mouth write a check their ass can't cover? Extra gravy!

Gee, you outsmarted me and went with our Red Carpet lease. Nah, you won't probably go over 5,000 miles a year. Residual? That is the part you aren't financing. Capitalization cost? The manager usually uses your initial offer for calculations (the first time, not the last).

And skeptics, no lies were spoken.

Deceitful and misleading? I'm not their parents and they have already established they are smarter then us car sales losers, no?

Glad you finally got that started. And bypassing her is just gravy!

Ugh. Do you need me to bulldoze your way in there? I have a way with words and command presence.

You are a kind soul. Really. You just screwed the AH on a car deal. In the past (a different version of the present me) if you gave me problems of the sort she apparently gave you, I'd use my skills to do a full work up on the offending person, find the weak spot and that's where the cattle prod went. I'm not generally proud of that sort of thing, but for somebody like her, it would often end in a nervous breakdown, loss of job, loss of credit, loss of friends, loss of transportation, loss of reputation.

In a situation once, I told a man, "I don't want to hurt you but I'll cause you to lose your job and you'll lose your house, and will be forced to move. In THAT way, I'll put you in a position where I'll never have to see you again." He lived near me. He was an electrician and belonged to the IBEW union. He laughed at me and said "be my guest". The guy who ran the IBEW was about to be indicted for racketeering charges. I cut him a deal that if he threw this guy out of the union, and saw to it that he never got a union job again, I'd see to it that he received a lighter sentence. Unethical, yes, but the guy lost his union status, his job, and he had to move wherever. I never saw him again.

This was a very trivial example. You need to widen your vision to remove annoying people from your path.

As for me, I'm soft and cuddly now. And I try not to be that guy anymore.

Nah. The VA has generations of, "This would be a great job ig we didn't deal with fucking veterans">

WSF, I'm not suggesting that there be widespread torture of VA employees. Selective strikes? I can't say. I avoid the place like the plague and spend copious amounts of money that could be spent on toys or the like on healthcare, managing the situation that way. The AZ VA is essentially what amounts to a death lottery, likely the worst in the country.

LL
I need a medical procedure and know between co-pays and deductibles I will be out $5k immediately. The VA is an option to explore. Otherwise, it is back to the car biz for a few months.

If a contest were held to see who in the country loathes the VA the most, I would be in the top percentile.