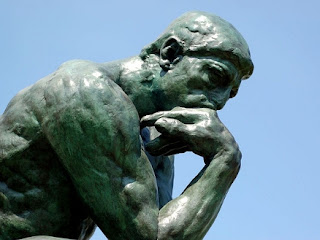 Pondering all this anger coming from the left. Seems to be two different groups.

Group one, the idealists. They wanted a woman president and excused Shillary’s corruption as necessary for a woman to fight the “patriarchy”. Anything she did was justified because she was fighting male oppression.

Group two, the greedy. They invested heavily in a “pay to play” candidate and ended up with nothing positive to show for it. Others, not as affluent,  are now sitting on overpriced Washington D.C. area condos and homes they are underwater on and didn’t get the lucrative salaries they were expecting. Nothing like financial reverses to piss people off.

Mixed in are the millennials and their parents who expected their student loans would be forgiven.

Of course, this is just my opinion.  You can print it out, present it at Starbucks, and pay full price (if you even get served).

Spoiled children who never learned about winning and losing.

This is what we get from several generations of "participation trophies".

The student loan situation is a monstrosity that both Elephants and Jackasses promoted and it's not getting pared back during this administration. At some point, worthless degrees that don't lead to a capacity to repay anything need to be taken off the loan list. Some career tracks work well with student loans because they are very likely to lead to gainful employment. Likely half (or more) do not and communists like Bernie Sanders and Poke-a-haunt-us Warren promise that the taxpayers will underwrite their folly even more than we have been doing.

LL
Those loans are a path to perpetual debt. One son is still paying on his. Any over payment of federal income taxes goes to pay his balance when he files his income tax. Should he become disabled and draw SSI, all payments go toward his student loan debt. Think his balance is below 4k so soon he will be "free". Until then the state owns his ass.

You owe your soul to the company store and the interest keeps accruing.

Yep, nothing worse that a pissed off 'entitled' who doesn't get their way... Well, maybe a three year old, but I'd say it's a toss up... And agree with LL student loans

LL
Son is almost clear of the company store. Those with huge student loans will be reliable voters for whoever promise the free cheese.