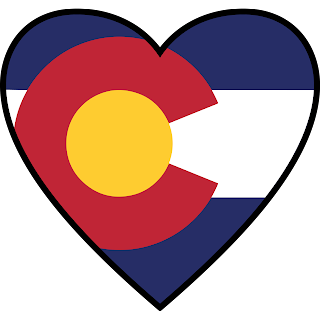 Those of you with Facebook accounts might want to check out “Save Our State”. Two ladies dedicated to keeping near billionaire Jared Polis from buying the Colorado governorship have some hilarious homemade videos.

Nothing ad agency slick about this site. I applaud their involvement in the political process. Helps I agree with them.

Polis is the spoiled only child of parents who hit it big in the early days of the internet with an on line greeting card operation.  He has parlayed his inheritance into a multi-million fortune with business practices that don’t pass the smell test. A Boulder County resident, he is a natural (P)regressive.

Integrity?  After Bernie Sanders beat Shillary, he was one of several Colorado super delegates who voted for Shillary at the Democrat convention.

Will his self funded $18 million campaign land him the governship? Likely. He has little support in the rural areas (drew 20 people to a rally in Craig in NW Colorado) but the Front Range voters dominate the state by sheer population numbers.

His opponent is a typical GOP nice guy. Competent and well qualified, he is no Donald Trump or Joe Arpaio. Not a lot of excitement there.

So bravo for the two ladies and their Facebook effort. I hope it isn’t in vain.

I still can't believe he totally blew off half the state by not attending that big Western Slope conference.

Colorado Peak Politics has some really good articles about his business practices not passing the smell test, including that $20million investment in the "Medical Tourism" company that saw it's growth explode after Obummercare was passed.

The guy's a creepy, rich-kid, scuzz ball. I've known some in my life, and they're a waste of Oxygen.

I hope Stapleton mops the floor with him.....

I didn't think our state could do worse than Gov Wishywashy, the Presidential candidate, but Polis lowers that bar.

What do you expect...CO did vote in legal wacky backy, and not just for medical purposes. Good luck staying 'Merican. MAGA all the way.

Hickenlooper rode the pot initiative to the governorship. I don't think it's good for much more than that.

I see Polis signs around here and I just want to grab people by the collars and shake them.

Trust me, you do NOT want the kind of government this scum bag is proposing. Your taxes will triple, and you'll see NOTHING for the money except empty, unfulfilled promises.

Coffeypot
Colorado was one of the states wealthy (P)regressives targeted eight to ten years ago. What was called the "Gang of Four" including Polis. Millions of dollars spent where it would do the most good.

drjim
You are right on the mark. I mainly see Polis signs in the "Ghettos". His local campaign office is adjacent to one of the "barrios".

Why are you surprised? You have Hickenpooper for a governor and the Californians have taken over the entire state, not just Occupy Boulder. Where are Colorado natives? In the hills, running for their lives. Are there any left after the convert? It is very sad to know the Colorado from the 70s and 80s to what it is now. There are still some gems left, but most cities have been totally invaded. Why not Wyoming? Weather, isolation, bad soil. Many wins for Wyoming! You could move to Indiana if you wish. We have a bunch of fuckening going on here too.