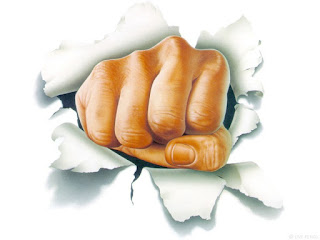 Fighting back, social media division. As sure as the sun rises, the (P)regressive gun grabbers are molesting electrons at a furious pace about the Oregon shooting. Outright  lies and “spin” distortions,  correlation = causation, etc. I “follow” several, relatives, friends, and high school classmates among others on Facebook. Don't Twitter, or any other activity except this blog.

For about the last six months I’ve been calling them on their bullshit. They don’t like it. They have been successful for years with these tactics, even twice electing our current disaster of a President. Time to call them out. Why do I do it? For one I run a high asshole factor and enjoy poking holes in pompous self appointed priest and priestess of the assumed moral high ground. For another, I firmly believe you shouldn’t spend all your time and energy with those who already agree with you.

Who knows, maybe I can change a few minds. I know my mind has been changed on some issues by their postings. Better a shouting war than a shooting war if that can be avoided.
Posted by Well Seasoned Fool at 9:49 AM

Every time I read or hear some stupid twat braying 'more gun laws more gun laws' I want to shoot them myself. Jesus Christ, it's already against the law to shoot people. How fucking stupid do you have to be to think that making more laws will fix it???

I think two things are at play. First, people who hate guns and want them gone can't do that so they want to make owning one as difficult and expensive as possible. Second, the "but, but, but we must DO SOMETHING". In their self entitled minds, their "feelings" are far more important than little people's rights.

I say shoot anyone who disagrees with you and me. Obama lied to the public when he said all the states with strict gun laws are safer. He left out his state and city of Chicago. Also, LA, and D.C. He said the one with that allow open carry have high crime. Facts don't seem to bother him. He also included suicide by gun in the high gun crimes. Sad is suicide is, it is not part of the criminal count. Also, the majority of the killings are by gang members. Plus all the shootings in the schools and churches are in 'gun free' places. Oregon is an open carry state, but the school had one security guard that carried mace. Arm the students, arm the teachers and arm the country. If you have to shoot some dirt bag, make it Obie.

Well said, but the other side's version of 'compromise' is WE give up everything, and they get their way. I'm with you, not playing their game and calling them on it. It costs me friends/readers, so be it.

I agree with all points.