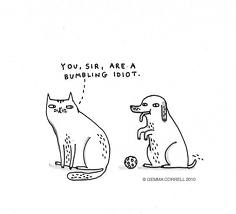 Like many other bloggers (Bloviating Zeppelin), I try to read news and opinions from outside our “Authorized Media”; doing so with the understanding that much of what is offered is “their” propaganda. One place I go is Debka Files  http://www.debka.com/  which is an Israeli site.

Right now they are pointing out how Putin and the Russians are handing the Lightbringer, aka SCOAMF (thanks BZ), his limp dick,  over Syria and Iran.

My fear is this bumbling fool is getting us into another shooting war. Two reasons. First, he IS a stuttering clusterfuck of  a miserable failure. Second, he and his insular group of pseudo intellectuals may think it will help his reelection (hello, 9/11 and George W’s second term). Anyone notice the huge redeployment of our forces headed West towards Asian islands?

Evidence of the first point. Pullout of Iraq (more like cut and run). Stellar handling of the Libya blowup and aftermath. Dealing with Pakistan.  Second point. The second Bush election came three years after the attack  and Bush’s opponent was a documented and self proclaimed bed wetter.

(Exception, Kerry’s Vietnam record. From what I’ve read, he, while he was there, did a creditable job. Many of his crew agreed. I’ve always resented the way the enlisted sailors on the Swift boat he commanded were slimed by association. I worked with a man who was a snipe in the same unit at the same time. He was outraged by the “Swift Boat” attacks. He also was more outraged by Kerry’s post Vietnam behavior.)

There may be compelling national interests for our country to get involved on the ground. Not everyone in the CIA, NSA, DoD, etc. are SCOAMF’s. Some of them can even keep their mouths shut. I just don’t see the Obama team putting together a winning plan. I also doubt we have the resources to do it. The old saying about amateurs study tactics and the professionals study logistics applies here. Anybody think the weaponry expended in Libya has been replaced? Anyone think the depot stocks have been replaced? Guess we can depend on the Saudis to share their resources. Yeah, that is a plan.

Don't think you're wrong... And you are correct that you HAVE to go to foreign media to get the truth...

@ Suz. No solace for those of us with children in harms way.

Neither do I, but I'm buying ammo just in case...