Bridgeport, Nebraska is not Politically Correct 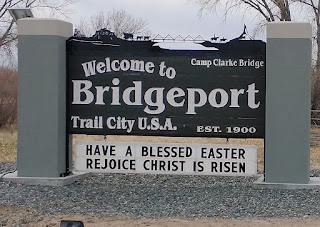 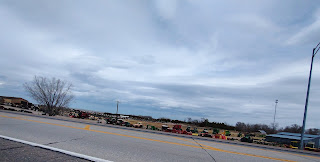 An important place on both the Oregon and Gold Rush Trails, there is some interesting history. 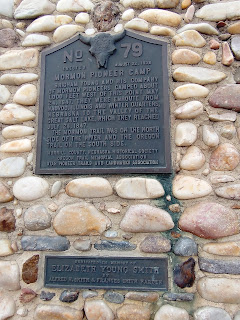 Today was a 457 mile jaunt through Wyoming, the Nebraska Panhandle, and Colorado. A business trip – I will be paid. We have had four days of sustained 40+ mph winds and more weather coming in so today was a weather window. As you can see below, a later start in the day wouldn’t have made for a fun drive. 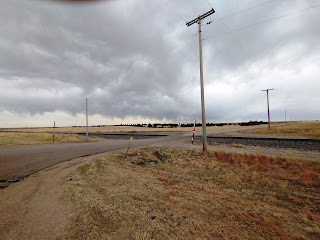 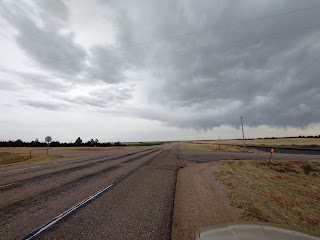 Some of my work involves driving dirt farm roads and my choice of tires reflects that. Mud! 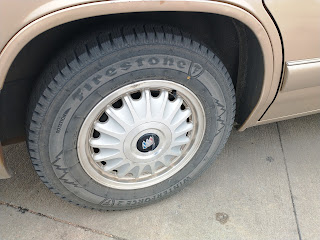 Banner spent the day at my sister’s house where he is treated better than at our apartment. He has access to a back yard, two or more dogs for company, and several adults for pets and treats. He does give me the courtesy of acting happy to see me when I pick him up.

The picture below was copied from the Falsebook page of my sister’s sister by a different mother. 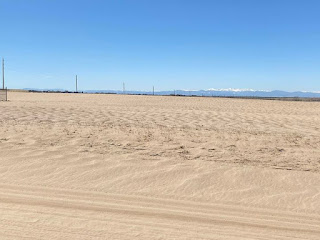 From wheat and corn fields, now sand and dunes. These fields typically are full of crops each year. The drought and now high winds are wreaking havoc on them. We even have sand drifting across our highway that has to be plowed by the county. You can see the tire tracks on the sand which is on top of pavement. Wow…we have never before seen this in our area.

This area was settled mainly by Germans from Russia. The Great Depression coupled with the Dust Bowl force most off the land. Always a risky business, dry land farming isn’t for the weak. The foundations from their buildings still can be found next to the dead deciduous trees they planted and nurtured. Said tree were killed off in the late 1990’s by Dutch elm disease.

Been pretty windy here the last few dyas. Got about .2" of rain last night, with more oon the way.

The wind is back today. We seemed to miss any moisture even being just a few miles away.

LSP
Four of them out the door was just over $500. So far they have worked in mud and frozen slush. Seem to have some grip on black ice.