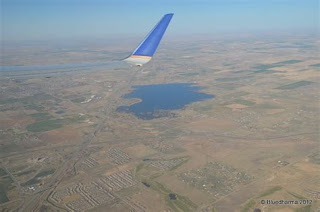 A few of us graybeards were taking the other evening about wildlife encounters when the topic of mountain lions came up. That stirred a memory of the closest encounter I’ve ever had with any predator. Please bear with me as I set up the scenario. 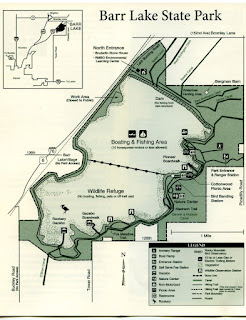 The farmer co-operative that owns it allowed the state to develop a park there. Water is king and dry years will see the reservoir drained nearly dry. During wet times a series of elevated boardwalks will have inches to feet of water under them. 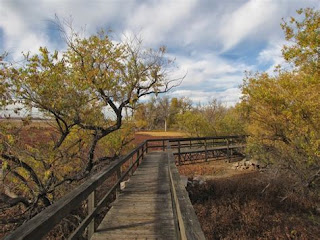 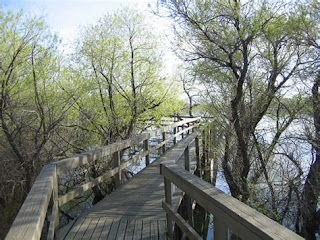 In past years I lived and worked out of Brighton. For exercise I would walk the eight mile trail around the lake. One day I was on that portion of the elevated boardwalks when I heard the sound of an animal running towards me. Suddenly, around a bend about 25’ from me appeared a mountain lion, or cougar, or puma; whatever is your preference. The walkway is barely wide enough for two people to walk side by side. The lion passed directly by me with inches to spare and didn’t even slow down. It did eyeball me. 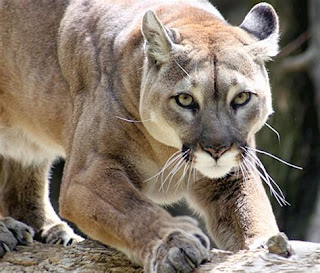 Shaken, I stood stock still, other than drawing my Charter Arms Bulldog .44 Special. I could hear the fading sounds of the mountain lion running away. Then I wondered, “What in hell could scare a lion so badly it would flee as fast as it could run?” Turning in the director the mountain lion ran I started walking with many a glance backward. I never saw anything else but when I reached my car I promptly left the park.

Maybe that big cat was headed towards something?

I haven't seen any wildlife here except for deer, elk, and birds of prey. I heard plenty when we were first here living in Bellvue. Made me take my 1911 while walking the dog, and I kept a slug-loaded 12ga near the bed....

DRJIM
That occurred to me, like a female going back to her litter. That area is all short grass prairie where not farmed. Not where you expect to see a lion. Lots of deer around there and birds of all kinds. Bald eagles are plentiful, seasonally, and waterfowl. The eagles nest and hatch in the spring mainly but I've seen them there year around.

Bellvue and on up in the foothills has lots of cats, mainly bobcats and lions. Lynx are rarer. Further up Hwy 14 you often see sheep around Rustic.

Can’t say as I blame you at all for doing that! If the cat was running by you and not even paying attention, something that scared it bad enough that sticking around to find out was contra indicated! :-)

I'm so brave that, considering something or someone had the lion running like that, I would have tried to pass the cat.

Old NFO
My sense were on high alert immediately. the Bulldog was a comfort but I would have liked to ave a rifle at that moment.

Coffeypot
In my youth at the peak of physical fitness, I could run an under 6 second 40 yard dash.

I'm nowhere near an expert on cat behavior. If they want to feast on your guts while you live (a favored activity), they tend to wait in ambush. I can only guess that the cat had something else on its mind.

LL
Whatever the motivation I was quite pleased to see it pass me with just a glance.

Hey WSF, That is a strange story, a good story and could not stop thinking about it. I suspect what frightened the cat was you.

The cat was exploring the boardwalk that had water on either side and possibly dead ended as a pier over the lake in the direction the cat came from. The cat thought it was trapped and was being stalked by you. Not wanting to swim, the only option the cat saw, run past the attacker as fast as possible to escape. Fight if necessary though I am guessing, it thought you were stalking it and gave you credit as apex predator.

There are a lot of deer at Barr Lake so food for a cat; how it got there, along one of the canals, streams or South Platte, very long walk though with deer along or leading the way.

jeff d
Interesting take on the situation that has never occurred to me. I was taking photos and slowly making my way in the direction the cat came from.