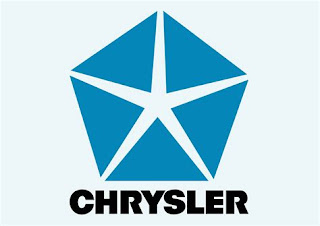 A recent exchange of comments with Greybeard

If the executives at Chrysler had the balls to raise the price of their cars and trucks in 1990 by $300 to $400 and spend the money on QUALITY, they could have become The Big One and left GM and Ford in the dust.

1993 found me selling Dodges for a brief period. The GM and I didn’t get along even though I was #1 or #2 every month. The 1993 Intrepid blew me away, it was so much better than the competition.

Salespeople spend a lot of time as back seat passengers. Two things still stick in my mind about the Intrepid. Outside air leaked around the door handle which, coincidentally, was the height of a child in a car seat knee. Second, the thin flocked piece of cardboard behind the rear seat over the trunk allowed so much noise rear seat passengers had to raise their voices to be heard.

In the years ahead I often found myself responsible for overseeing used vehicle reconditioning. Please understand I have little brand loyalty. Cost/benefit drives me. Yes, that might be at odds with my criticism of the MOPAR executives. The key is critical thanking.

The goal was to sell used vehicles at a profit and do so with the customers being satisfied with their purchase. We had many, many repeat customers.

Other than VW, we wholesaled every European built car. They were, and remain, money pits IMO. VWs are the same but the public doesn’t think so. We’d give the buyers a good deal and made certain the buyer understood fully, AS IS, no warranty given or implied.

Transmissions were always a weak area on everything. People seem to know about oil changes. Not so with transmissions.

I am a fan of Korean cars. They are reliable, durable, have a superior warranty, and are relatively inexpensive. They must be properly maintained. Timing belts don’t last forever. These are Kias Ford sold back in the day. 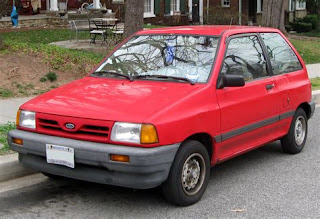 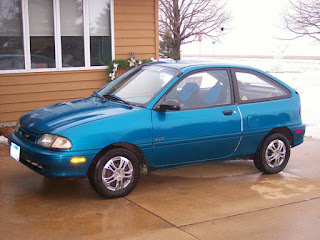 The news that recent Hyundai/Kia engines are causing vehicle fires saddens me.

As a side note, the reason Mercedes bought Chrysler had to do with the Hemi combustion chamber patented by Chrysler. Mercedes copied it, called it a “wedge”, and got sued. Facing losing the suit and millions in damage, they bought the company.

Should anyone in the retail side of the car biz be reading this, I will offer a bit of advice based on decades selling. Decades, I might add, where I was usually at the top of the sales chart and damn sure at the top of the gross profit chart. People come to a car lot to buy a car. Let them! Don’t make it hard. Listen, show them what they want to see, answer their questions and, otherwise, keep your mouth shut.

Dummy, you always have control. They want the car. You have the car. Who is in control? Grow a pair. If you are working for a dinosaur brained manager, go to Down the Road Motors.

Were I to ever go back, it wouldn’t be selling new. That has become a screwed up mess and you can make more flipping burgers. Used? Still places for salespeople, IMO.

Some years back "Car and Driver" wrote an article. They had read a piece in "The Arizona Republic" about a guy in a Hyundai Sonata that got a speeding ticket for going 140 mph on one of the loop highways. They initially didn't think that was possible in the car, but looked at a past road test and saw they had achieved 138 mph with their test car.
The place the guy got his ticket was downhill. Mystery solved. Fast cars.
We have been nothing but pleased with our son's Elantra. It had 70K on it when he bought it, (I shoulda remembered that damned timing belt), is nice to drive, and gets GREAT gas mileage. (35+- in Phoenix.) It had Michelins on it when bought and he changed to "Big O" tires when the Michs wore out. Mistake. Made the car noisier.
Would I personally buy one? Yessir, but the Sonata, not the Elantra.
I might want to go 140 mph.

GB
Roush's Las Vegas operation has access to the racetrack. I never got to drive on it but the people who do the high speed tests have some "interesting" stories. My youngest had a 2002 Spectra that saw 140,000 hard miles before he sold it.

Hey, I'm still driving a 2008 F150, though looking to upgrade. One of the things that surprises me, apart from the Biden price of used, is the sheer rudeness of sales. OK, be rude to me, I won't buy your cars.

Chrysler has always been known for 'good' engines, the rest of the vehicle, not so much...

LSP
Dealership range from pot lots to mega store corporate owned. Assume you want to deal with a large franchise store. About two weeks before you buy, call the store and ask, "Who was your salesperson of the moth last month?" Do this for each place you plan to visit. During the first weekday of the month, call and make an appointment with that person. Make a morning appointment.

Te salesperson of the month knows how to work the "desk" (sales manager). The "desk" will take almost any deal that isn't a money loser to "get the store open". This works for both new and used.

As to why many salespeople are rude is this. Most are people no one else will hire doing a job no one else will do. They seemly never learn to leave their tender little ego at the entry when they come to work.

I stayed in sales because it worked for me as a single custodial parent. It wasn't the thrill of the sale.

OldNFO
You are right. I described back in the day the perfect pickup would be a Cummings powered Ford with an Allison transmission.

I'm a fan of Korean cars, too. SLW's Elantra is 8 years old, and has 40,000 miles on it, and runs like a top. One thing I've noticed with most Korean cars is that they're very sensitive to what tires are on them. When our OEM tires finally wore out last summer, I put a set of Pirellis on it, and it's a changed car. Much quieter inside, no more "Impact Harshness" when driving over things, and greatly improved steering feel. Our DIL is on her second KIA small ute, and loves it. Very well put together, great mileage, and plenty of room for her, our son, and the two grandkids.

Dealerships are all over the map when it comes to the sales staff. We were very happy with the way we were treated, and deal we got, from the Chevy dealer when we bought the Colorado.

Any other readers with overhead cam engines, please check your maintenance schedules.

Some engines are worse than others as far as the timing belt goes. If you have an "Interference Engine" and the belt breaks you get bent valves. If it's a NON Interference Engine, you just get stuck somewhere.

I was trying to get my '76 VW Dasher started in ten below weather, at a job site, and it backfired once and wouldn't start. Towed it home and found the belt had jumped two teeth. New belt and tensioner (ALWAYS replace them both!) fixed it, and it ran fine until I traded it in.