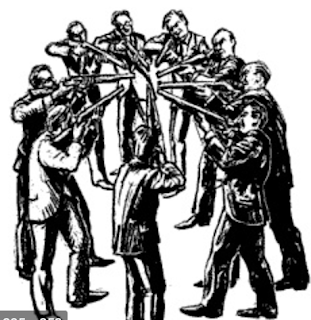 Are the (P)regressives forming a circular firing squad? Maybe, if the crime issue plays a large part in the midterm elections.

In 2000 Colorado went hard blue. Governor and every cabinet level elective office are now held by the (D) mob. Adding one Congressional seat and the re-election of the least effective US Senator in recent memory plus a super majority in the State House and a one vote edge in the State Senate gave the (P)regressives everything they could hope for.

GOP? The strong coalition of “go along get along” traditional hacks, never Trumpers, and those too genteel to fight dirty were of little hindrance.  They have their own “issues”. 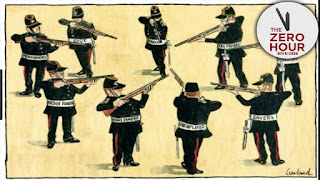 Only in CO 3 was there a rumble with pistol packing  Lauren Boebert from Rifle first kicking a traditional Republican to the curb in the primary and a ski town trust fund snot in the general election. 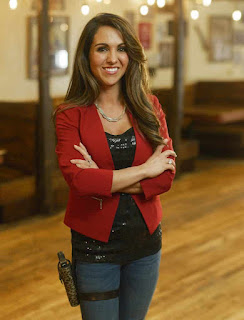 The last census gives Colorado another Congresscritter and the redistricting map is now in the hands of the state Supreme Court for approval. The pundits all seem to agree it will be approved.

My opinion of the redistricting? Overall, decent. While I’m not too happy to see the county I live in carved up the overall state wide alignments seem balanced.

Getting back to the blog title, is there hope for change? Former Democrats, such as myself, are turned off by the (P)regressives. I know lifelong Republicans that have dropped their party affiliation. Will enough independent voters be enough to kick out the both the radicals and the meatheads? Is there hope level headed centrists can be elected? Perhaps the midterm elections will show the way.

Posted by Well Seasoned Fool at 10:27 AM

I am also in Colorado and while not a native I have been here for over 25yrs and it is my favorite place in the world. I wish I could be as optimistic as you but I don't believe there is any hope here in Colorado.

IF-
Democrats succeed in granting Statehood to D.C., we'll go full-blown Socialist.
And you and I will go to war with the IRS.

Mountain Rat
Thanks for commenting. My outlook? Hope for the best, prepare for the worst. Still working on COLOEXIT.

GB
With all the other illegal shit the (P)regressives are pulling, it could happen.

Independent over here too... I 'think' we will make the difference.

OldNFO
In Texas you may have an honest election outside of the blue cities. In CO, I'm not sure.

If we don't make the difference, it's going to be a hard ride on a rocky road going forward.

I left Denver on June 7, 1960 - the same day I graduated High School - and have never had the urge to move back. I have had the comfort of observing from afar the transition from Hippie Haven to Houston North and now The People's Republic. How, and why the rest of the state, Boulder excluded of course, tolerates this Marxist Paradise is beyond me.

LL
Making a difference is our duty. Will we succeed? Not if we sit back and expect others to get it done.

Phil
Denver is what LBJ's "Great Society" produced. I only go there now when I'm paid to do a job.

Let's see what happens when gas hits $5, cars, food and housing are unaffordable along with your utilities and you get arrested for saying so by the Stasi.

At least our Millionaire Socialist Overlords will keep their beachfront mansions. Science.

LSP
No argument here. I do have ideas to make the Overlords quite uncomfortable. Nuf' said.