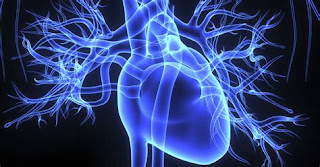 A term that now is on my mind since I seem to have developed the condition.  This is a personal post, most likely boring, but others might learn from my experience. Read on if interested, or go on to other, better, bloggers.

Some six years ago, I developed bradycardia, that is to say; too slow a heartbeat to keep sufficient blood flow to my brain. I face planted, twice while sitting at my computer and ended up in the emergency room. Soon after I received a pacemaker. The pacemaker kicks in whenever my heartbeat drops below 60 per minute. Since then I’ve had no problems.

The pacemaker has a memory that can be read in the office or remotely with a handheld transmitter and the internet. My schedule for the remote reading is four times yearly. A telephone conference follows once the results have been read and interpreted.

Per the pacemaker memory, I have a brief bradycardia occurance, on average, one or two times every four to six months.  Within  the past year, the memory has recorded a few Afib episodes.

Several people work in the cardiology clinic and the one who has been calling me with the results is of the, “I’m the expert, you aren’t, so do as I say”. Wrong! First, I won’t tolerate someone talking down to me. Second, having spent most of my working life compensated on commission, the nuances in a person’s speech mean more than the words they a saying to me. Sisty will undoubtedly add I’ve a habit of over thinking everything.

I did agree to start on a blood thinner. Said prescription caused my blood pressure to soar so I stopped. This set off the cardio tech. She said that can’t happen! Hey bitch, I’ve a blood pressure wrist cuff that sits on my desk and I use daily. This morning, 125/84/72.

After the last go around with her, I was able to get and appointment with the physician who actually implanted the pacemaker. She is an old Army doctor and rather plain spoken, which I appreciate. We recently had a nearly one hour adult conversation. My risk factor for strokes, while still fairly low, is elevated. She went over several options. After discussing the various options I picked one that seems best suited to my lifestyle and am now on another blood thinner prescription. So far, I’ve had no problems.There is a point to this long ramble. My body, and my health, is my responsibility and I will make the decisions. I will strive to make informed decisions and not be so bullheaded that I ignore the advice and counsel of those with more knowledge and expertise. As an example, I’ve used a CPAP since 1995.

My biggest fear isn’t dying. That will happen, sooner or later. My biggest fear, which many share, is being disabled to the point I need daily care and will become a burden.

Most of my neighbors in this 90 unit senior apartment have health issues. We have, on average, one death a month. Many of my neighbors have suffered strokes. I want to avoid that.

One neighbor is six years older than me. He has a replacement heart valve and now needs a stent in a leg. His favorite joke involves his replacement valve, from a cow. When he asked his surgeon why a cow valve, and not a pig, she answered, “I’m Jewish”.

Posted by Well Seasoned Fool at 11:13 AM

I have my Cardiologist appointment on the 15th, and I'll see what he has to say about the data from the little monitor I wore for two weeks. It showed a lot of PVC's, but my primary Doctor didn't seem too concerned, and said it's not usually life threatening. My BP seems to have stabilized, but I still get the dizzies when I stand up too fast, or get up off the floor, and it's really annoying.

I, too, don't want to be a bed-ridden burden on my family.

Hope all goes well, and I'll certainly pray it does. I know, "bionic heart" sounds more cool than it actually is/must be.

Well, hell, WSF. Did you think you could get away with all the shit you did back in the day without paying the consequences today? Me neither. At least you picked up enough smarts along the way to know you have to take care of the time you have left. Good on ya, mate. Keep it up, Banner can get his walks and bacon grease licking without ya.

DRJIM
Hope all goes well. You have enough on your plate as it is with SLW's arm.

LSP
Prayers appreciated. What was recently put on FB is apt.

Me yelling at squirrels in the street so they don't die is the same feeling G.. has watching me live my life most days.

CP
On rare occasions I show a glimmer of common sense.

I am pissed on your behalf at the overbearing asshole you got stuck talking to.

I once asked a back office nurse, "Are you being condescending or are you being patronizing? Sometimes it's really hard to discern one's intent."

She actually apologized, but you could tell it hurt.

Dad has A-fib. He ignored it for quite awhile and as a result is not doing as well as he could be. I'm glad you're willing and able to advocate for yourself.

Ami
I let a lot of that kind of behavior slide but not when it comes to my loved ones or my health.

In the car biz, as a manager, i wouldn't tolerate it among the staff.

NEWS ALERT!!! Sometimes, he actually listens to me.

Sisty, hush! You are harming my image.

Couple of things... The KardiaMobile is useful, sort of. My cardiologist approves. As far as afib goes, I had cyro ablation done. That's where the doc freezes the area in the heart that generates the irregular signals instead of burning it like they used to do. I was having afib episodes quite regularly to the point they had to shock me a couple of times. Since the ablation not one instance of afib. YMMV

Flugelman
That may be an option for me in the future.

Hi WSF, huge variety of blood thinning meds available to switch back and forth as results change over time. Glad you are taking care of yourself, keep at it.

JeffD
I'll be a more frequent visitor at the cardio office, it seems.

Smart move. Your health IS your decision.