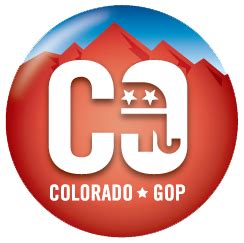 WSF now goes down the political rat hole. You have been warned. At least, this post is mostly Colorado focused.

This article illustrates why Republicans keep losing. Hint: they lose because they are losers. The author himself is the best example.

One example of the loser mentality.

Specifically, I recommend that Ganahl and the GOP limit the resources spent on her campaign and expand resources and good exposure for quality Republican candidates who have the best chance of winning legislative seats.

Quality Republicans? Yes, genteel “go along to get along” high roads people who are morally superior because they don’t get their hands “dirty” like the nasty Democrats.

I also advise that Ganahl stay as far away as humanly possible from Lauren Boebert and her sycophants. Boebert is popular in her region but toxic statewide.

The pistol packing mama from Rifle beat a five term nice guy Republican in the primary and a ski town trust fund snot in the general. Now, in D.C., she is making waves.

The result of his article goes on to praise Emperor Polis. Polis is a libertarian?

As an aside, current “Libertarians” have about the same credibility as “sovereign citizens” IMO.

President Trump won (twice) because he wasn’t a, “go along get along” typical politician. IMO, that is what most of the independent voters, such as myself, want.

Want to bet this author isn’t a “Never Trumper”?

More of the same--

Wow, teh stoopid is strong out there!

I jumped ship on the GOP last year to become an "independent".

OldNFO
What irks me is the smugness.

LL
A decision of many. Much like when I left the Democrats when the Lightbringer was elected.