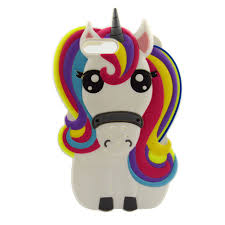 Slick article says Colorado will be money ahead shutting down coal fired generating plants, like immediately.

Sounds like fantasy to me but maybe I’m not smart enough to grasp their wonderful logic.

It will give fuel to our $30 million cuckoo governor and blue wave Legislature.

Already the ecothugs are rearing to go:

While the national elites have their “fly over country” our Colorado (P)regressives have their “drive by country”, rural Colorado. So long as the roads are plowed, they could give a shit about the residents.

On the surface the State isn’t a California or Illinois basket case. Close examination will lead prudent investors to run for their lives.

I will stay in Colorado for the time being but COLOEXIT is in the forefront of my thinking.  I expect things to get ugly.

The drilling land that Colorado has control over is insignificant compared to BLM land, and I think that's where most of the oil exploration, drilling and extraction is taking place.

But what do the progs have against oil? What do they think powers their electric cars? Nuclear power plants? Wind turbines? They are all dumb as a box of rocks.

Twenty years ago I saw progs move to Aspen/Breckenridge, and begin to Californiacate the Boulder Corridor and I knew that there would be rocky roads ahead. Arizona is being Californicated too, but I was in Costco in Prescott yesterday and counted five guys wearing TRUMP hats. Now, I know that's not the Border, but it's a bright sign that the insanity is somewhat contained. Arizona is an open carry state and a lot of people pack. I think that there is likely to be far less Antifa-style attacks than there are in prog-controlled states. If you come at Arizonans with clubs, they're likely to ventilate you and if you survive you'd be charged with assault and tried by your Arizona peers, wearing TRUMP hats.

A lot of the Colorado oil is in the Wattenburg play which runs from Cheyenne to Thornton and the foothills out to about Ft. Morgan. Major population centers filled with NIMBY types. The next formation is centered around Silt,CO along the Colorado River. Another play is around Rangeley, CO which also borders thousand acres of oil shale. A nuke was detonated underground along Piceance Creek in the 70's with indifferent results. Another play coming along is near Walden in North Park.

Almost all this oil is being developed with fracking which sets the ecothugs into a tizzy.

The climate is a bitch but Wyoming is where I fit socially. In fact, I was born in Wyoming.

They areas of WY where I visited when I was younger centered around Star Valley, Cody, etc. Mostly hunting and fishing oriented. I made some friends in those places. One friend recently died putting up Christmas lights. Fell off a ladder and shuffled off his mortal coil. I like Wyoming. It is bitter cold there in winter, though, and I can't flee the way I can in Arizona, to warmer climes an hour or so away.

I've only been in Wyoming (other than the Terry Bison Ranch, and in-laws in Cheyenne) along the I-80 corridor, and that was 50+ years ago.

Still, I liked Wyoming as a kid, and still do. The first time I had a truly memorable steak was in Wyoming, either in Rawlins or Laramie, it's been too long to remember. And I remember examining all the neat rocks every time we stopped. Just didn't find cool rocks like that back in Illinois, Toto!

It's also the place where I saw the hardest rainfall of my life. It was raining so hard we could barely see the end of the hood on the car, and all the rain was going sideways.

Not coming down at an angle, completely sideways.

Scared the daylights out of Mom and Sis in the back seat.....

Wyoming is a place of extremes. Population is around 560,000. Denver is around 710,000 and metro Denver 1.2 million. Vast mineral deposits. Parts of the state lands are dedicated "school sections". Leasing revenue goes to the schools. In one school section along I-80 an underground lake of recoverable Lithium has been found. The biggest lack is water. Manners are important in Wyoming. An armed society is a polite society.

The progs won't rest 'til they've driven all forms of wealth creation from Colorado. Then they'll wonder why there's a WALL around the state.

Get out while you can.

I need to buy a house/condo/whatever but it won't be in Colorado.

And I forgot to say, nice unicorn infographic.

Thank you. Think it is on a cell phone case.

Sigh. Just moved to Colorado Springs area in June last year, escaped from Maryland. And no, I don't want to make Colorado more like Maryland, California, or New York. Just the opposite.
But the stupidity abounds, and the work I do limits where I can find jobs, especially if I want to stay with my current company and don't want to be in NoVA/DC or MA.
Maybe suffer a few more years, and when Wife retires, pack it up and join her in North Carolina or wherever she winds up (outside of Maryland)... (we're geo-bacheloring)
Wandering Neurons

Going back about 12 years, Colorado politics has been flooded with outside (P)regressive money. This cycle was no exception plus our newly elected Governor put $30 million of his own money in the campaign. Hundreds were hired at $15 an hour to work a "grassroots" campaign.

I understand the locating for jobs. Being first born, family obligation brought me back to Colorado after years spent in Utah and Western Washington.

My only advice is to not stake your financial future here. The only thing standing between us and massive tax increases is the TABOR Amendment. The (P)regressives will do their best to neuter it.

WSF, I appreciate the advice. Though I'm loving the lifestyle and locale, it sounds like it's getting Californicated. Been there, done that, won't do it again. Will stick around for a while, then think about hooking up the camper and moving on.
Good on you for coming back to support Family. After where you've been, I bet you were thinking of being permanent here.
Times and locales change. The only sure things are death and taxes...
Wandering Neurons