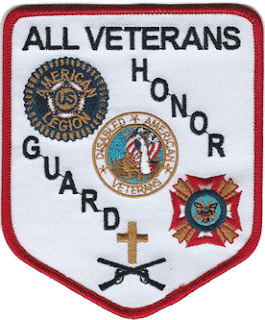 Another civil war in the United States?  Much has been written recently, including insightful posting by bloggers on my sidebar as to the possibilities. In the usual WSF fashion, some incomplete, often half baked thoughts.

Let’s start with this.

West Point in the Making of America
americanhistory.si.edu/westpoint/history_5b.html
1.
2.
That is the future of war—not fighting but famine, not the slaying of men but the bankruptcy of nations and the break-up of the whole social organization.” “Amateurs study tactics,” goes an old saying, “armchair generals study strategy, but professionals study logistics [obtaining and moving supplies].”

What are the two crucial needs of any group, anywhere? Food and water.

Shelter can be improvised. Medicine will extend life but not sustain life. Feet have been a means of transportation for some 300,000 years depending on what anthropologist you wish to quote. At no time did anyone survive without food and water.

The last Presidential election was, to me, a stark reminder of how this country is divided. Shillary carried the dense urban areas, Trump, the rest of the country. In terms of total numbers, Shillary got more votes. Thanks to the Electoral College, the left coast and the northeast didn’t get to impose their views on the rest of the country. Yeah, yeah, that is simplistic, but I believe accurate, and this is my soapbox.

Say it blows up, most likely the urban areas against the rural areas. Who controls the source of much of the water and nearly all the food? Obviously, the rural areas. The urban area will need to use force to secure the necessities, and the means to transport the necessities. Roads, railroads, water works, and electrical generation sources will be the critical logistic focus. They will need armed and trained people to secure them. Where do they get them?

The primary form of military training is recruit training, which makes use of various conditioning techniques to resocializetrainees into the military system, ensure that they will obey all orders without hesitation, and teach basic military skills

Gangbangers and anarchists? This assumes the military opts out, or enough to negate their impact. Police? Not ready for prime time IMO.

OK, WSF, where do the rural areas get militia?

Let us say you need a rallying point and a rudiment command structure. Name me a rural city that doesn’t have an American Legion Post or a VFW Hall. Many will be old and fat, but they are a pool of training, experience, and motivation that the urban areas cannot match. Thanks to the 2nd Amendment, the rural areas are full of firearms, ammunition, and people who regularly use them.

My late father liked to talk about the, “Belly flapping principal. Nothing changes your opinion like your belly flapping”.

If we have a civil war, it won’t be long before the urban areas experience belly flapping. Want an example? General Sherman’s march through Georgia, and later, Winter Campaigns against the Plains Indians.

Like any somewhat sane person, I never want to see it happened.

It's some of the rationale behind the White Wolf Mine Project.

Two is one and one is none. Suspect the White Wolf Mine Project isn't the only "tool" in you kit.

Let's hope we don't, but that is why we moved to a small town in Texas...

It's the main reason I spent so much "effort" convincing the wife it was time to leave Kommiefornia. If her son and his wife hadn't had their son (her big reason for leaving), we'd probably still be stuck in SoCal.

I don't see "Cali" being a long term sustainable place. Too much like Mexico and Central America already.

All the loop-liberals in the urban areas will declare them selves a gun free zone so the rest of the country can't come in armed. Sounds legit... in their way of thinking. And if the country does invade, they will throw their crowns at them.


George Takei, has "Come Out" strongly against Gun Control...
Does anyone really give a Rats Ass about that idiot George Takei who is a dumber than a rock, George Takei the guy who sexually molested other Men, an 80-year-old has-been with multiple chips on his shoulder who is an utter disgrace to the Asian race. Most Asians are intelligent, very self-disciplined people, a minority that I truly admire, but Sulu is a moronic, tacky, classless, graceless, charmless, egomaniacal embarrassment to honorable Asians...."Oh, my!" indeed.

Cannot understand how anyone considers him relevant.

Kind of like the proposal to put a red bulb in your porch light to show you have a safe gun free house.There was a time when a red porch light meant something else.

Hey, this might just be natural selection at its most extreme. Kind of like the Tide Pods issue.

Hey, this might just be natural selection at its most extreme. Kind of like the Tide Pods issue.

No, not the only one.