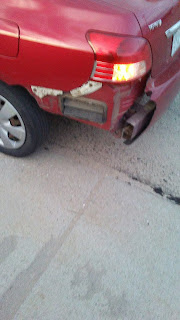 Monday started job with the new employer doing what I did for the old employer.

The 184,000+  miles Yaris assigned had body damage. Between Cheyenne and Wheatland, WY, the 50+ mph crosswinds took off a section of the plastic fascia Toyota uses.

The other driver on the route, another recycled driver from the old job, had driven the Yaris for three days prior, and had noted the body damage on his drivers report.

This particular car has loose fascia on the other three corners.

Between his report and my past employment by the owner and manager my credibility wasn't questioned. Still, I hope this is the last issue I have with them.

Out and about I see vehicles that interest me or catch my eye such as  these two. 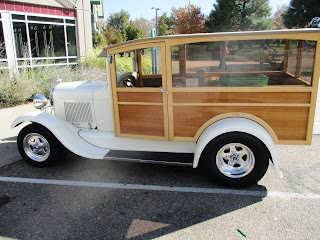 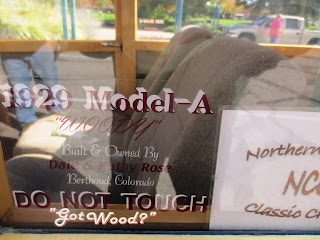 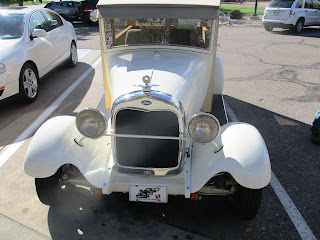 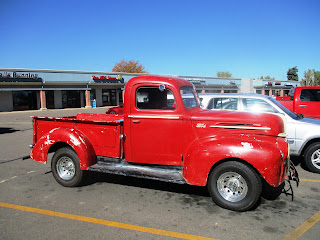 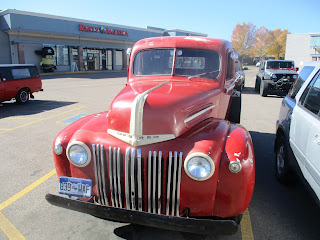 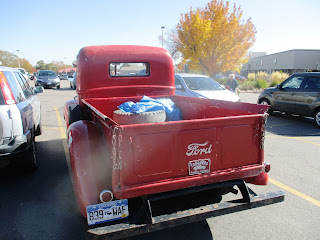 Impressions of the Yaris? Big improvement over a Prius, not that the bar is that high.
Posted by Well Seasoned Fool at 10:00 AM

The only Toyota that have ever interested me as the first generation Cressida and the various Supras.

One time I took in a MR2 on trade and drove it five blocks to our sister Toyota store. Trying to fit my rotund body in the racing seats with the side bolsters wasn't possible. As I pulled up in front of the Toyota store, somehow stuffed into the damned car, the salesmen standing in front broke out in gales of laughter. The used car manager told me to pull it around back. Got a two hand one finger salute.

That missing piece of fascia is probably in Iowa by now.....

I love my little Yaris, but mostly 'cause of the great gas mileage. Ain't a road trip kinda car.

Some people driving compact cars are so large and the car so small they look like they're wearing them. Like a rodeo cowboy in a barrel.

Our Yaris has been great so far, our son owns one as well. He's a hyper-miler, has a little gadget to see how well he does with the mileage.

Too nit-picky for me.

I don't mind the car. More power than a Prius and a better seat for my fat ass.

Ouch! And those are purty trucks! :-)

Cars seldom bother me but some trucks have me reaching for the checkbook.

I would love to have that Ford p/u. They are hard to find around here and too expensive when I do find one.

They are around but scarce (and expensive). Back in the day I had several Cornbinders. You could do dirt roads at 50 mph while the big 3 would bounce all over at 35 mph. As I remember they had a 392 cu but needed their own refinery.

If I had stupid money.

Oooh la la. I love both of those.