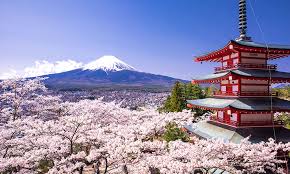 A client recently took his 87 year old mother on a two week guided tour of Japan. They are of Japanese decent, her second generation and he third, Neither speaks Japanese although his mother did as a young child.

He said people kept speaking to them in Japanese, especially his mother. Much confusion and hilarity would ensue. He did say he learned to bow properly and say "thank you".

It would have been fun to be on that trip.
Posted by Well Seasoned Fool at 5:10 PM

I haven't spent much time in Japan, but would like to visit for something on the order of a monty, time and funds (an expensive place to hang out) available.

And I'm with you. It would have been fun to have been on the trip.

My client saw the humor in the situation.

While in Tokay with my canoe club shipmates, we went to a play that was put on by all women. The male parts were women in costume. It was all in Japanese but was the funniest play I have ever seen. It was totally the acting, or the impulse to laugh because everyone else was laughing. I think it was the acting because I could follow the plot line with no trouble.