Do I Need a Life?

Our senior Senator, an empty barrel, recently introduced a “gun control” bill that duplicates one passed a few years ago by the Democrats in Colorado when they had control of both houses and the Governorship. The only result of that was the departure of the Magpul jobs to Wyoming and Texas. Hasn’t had any measurable impact on crime. Guess in his circle of syncopates this is a bold ‘doing something’ move.

The congressman from the Peoples Republic of Boulder is now running for Governor. Recently, he held a rally in Craig, CO, a conservative coal mining town in Northwest Colorado. Drew a crowd of twenty.

In much of Colorado, the worse thing you can say about a politician is, “They’ve gone Denver”.

Since around 2000 I’ve had a msn.com mail address. Back then I was involved politically ‘in the trenches’ until I walked because I loathe the (P)regressives. I’ve long since moved my business to gmail.com  but still get lots of political stuff at the msn.com address. One, from a campaign manager, had every word in four paragraphs underlined. Oh, how urgent and important that message was (maybe, I didn’t bother to read it).

Colorado has a political gadfly, Tom Tancredo, who was a congressman and sometimes Presidential candidate, the (P)regressives love to hate. Many of their political emails use him as a bogeyman for their fund raising appeals. Soon to come, a trifecta of Trump, Tancredo, and Bannon. That should shake loose some campaign dollars. 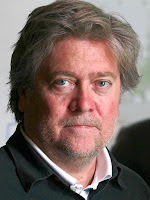 The opposition, the Jeb! RINOs, are still wandering around. I haven’t heard any coherent message from any of them.

The Congresscritters of both parties sitting in their comfortable gerrymandered districts are doing what incumbents do (not much). DeGeete is still a drunk. Polis is running for governor. Permutter doesn’t seem to know what he wants. First he is running for Governor. Now he is back running for his current office. Tipton, Buck and Lamborn are faithfully serving the Jeb! wing of the RINOs.

My favorite, Mike Coffman (R) CO 6th continues to piss off everyone but his constituents. Damn it, all those diverse ethnic groups are supposed to vote Democrat. It is a rule or something. He is the only politician who gets any money from me. Mainly because he continues to hold the entrenched VA drones feet to the fire. He and his wife are divorcing. She is the current Colorado Attorney General and a potential candidate for Governor.

My mail in ballot for the upcoming city and county election is sitting on my desk. Still haven’t decided who to vote for. There are some I won’t vote for. There are ballot issues that need careful consideration.  Will discuss these with my sister. While we rarely agree, I respect her insight and knowledge of local matters.

For now it is time to pursue a life. There is laundry to fold and preparations for work tomorrow calling.
Posted by Well Seasoned Fool at 8:01 AM

I haven't begun to delve in Arizona politics in any meaningful way. But I think that Sen. Jeff Flake (R-AZ) and Sen. John McCain (R-AZ) both need to move on. John to his mansion in Cornville/Cottowood and Jeff to whatever he did before he decided to be a politician. They're both Jeb! Republicans.

Then again maybe I need to get a life too?

Seems you live pretty large. Agree on McCain and Flake.

The more I read from other friend in CO, the more I'm glad I don't live there. But politics from anywhere is a hair pulling dog mire. Most go into politics because they can't do anything else, or because they are tired of working for a living. I wish I could find my own little island (with a Waffle House) and blow off all this politic stuff.

How to earn John's vote. "A Waffle House in every town!"

I don't know if you need to get a life or not... but I can tell you that I've never heard of a single politician who gave a crap for anything other than their own advancement/party promotion. While realizing I haven't heard of them ALL, I think the ones I've learned about are all shitbags.

I'm goddamn tired of them stealing my money and using the Constitution to wipe their asses.

Wouldn't cross the street to pee on one if I saw them on fire, either.

Worked with one for years. At one point I was her boss. Later she became involved with some money people and is still in office. One of the hardest working people I know and a total snake.

I'm still learning all this CO political stuff. Been reading a lot, and talking to my in-laws, who are pretty conservative.

Since they, and their entire circle of friends, are small business owners, I'm getting quite a lot of insight on both local, county, and state politics.

So glad to be out of the tangle of business regulations they must deal with. Ended up doing that for my car business employer for years. He paid me $5k a month plus expenses and bonuses just to deal with all the crap before the lawyer and accountant got involved. Car lots, our two truck car hauler business, 60 offsite sales, it kept me busy. What made it even harder was his instruction, "Do it right, do it legal, and don't cut corners". Lots of people in government have their hands out looking for a little grease.

Some people could 'learn' from your life! If they were smart enough to listen... And Coffman is doing good work!

Thank you. Coffman even gets my congresscritter to go along.

Sounds like your doing fine, and have a life.

Still have a headache from trying to reason with some friends that blame Trump for Boeing layoffs...

Laundry awaits me, too.

We've all known what kind of politicians the 'Jeb RINO's' are since 41 ran for president against Reagan starting in the 1980 race. Doesn't anybody think about what Daddy Bush meant when he said Reagan supported 'voodoo economics?' It clearly meant, and still does mean, that Bush the Elder and all of his progeny truly detest free market capitalism, and prefer that the Mandarins mete out society's goodies, and not leave it to us dumb proletariates. There has not been a dime's difference between every Bush that ever lived and your run of the mill Democrat.

I think we now are coming around to understanding this. With luck, the Bush clan will wander around in the political desert for another 40 years or so, or at least until I am pushing up daisies.

With Boeing the fault never is with management or the machinist union.

Always loathed the Bushes. Senior was rescued by a submarine under fire from shore batteries. When it was his turn, as head of the CIA at the end of the Vietnam mess, he did fuck all to find and bring out MIAs.

I'm liking Trump. The last President I had any regard for was Gerald Ford. Hell, make that the last candidate.

Oy. There is a lot of drama in the news. But more over yonder in your neck of the woods: Colofornia. Good luck with that. I tend to shut it off this week as it is cluttered with a bunch of crappo and sensationalism.

Tons of outside money has been dumped in CO to turn it purple. I'm seeing push back by many residents. Hope I'm not being foolishly optimistic.