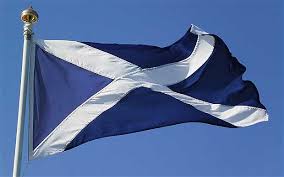 dredged up an old memory.

Some 38 years ago while living in , we acquired new next door neighbors. We had a lot in common, same age, kids, not LDS and pets. They were standoffish so we never pushed it.

They had an Oldsmobile 442 that I admired but he like to get up early Saturday mornings, fire up a radio out on his driveway, and work on his cars.

I was working 60+ hour weeks and tried to sleep in on Saturday. Also my wife and I liked our “cuddle” time and his damn radio disturbed us. Two times I asked him to not play the radio, or at least turn it down. No cooperation.

When we married, my wife had a of Sound Stereo which was fairly up market at the time. One Saturday morning I put the speakers outside the family room window which faced the neighbor’s driveway and waited. Soon they were outside, radio blasting, and washing their cars. 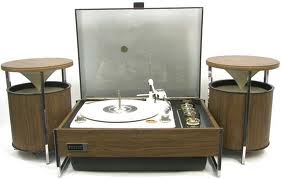 With the volume turned to maximum, let them listen to “ the Brave”.

But WSF, weren’t you concerned he might beat you up? Could have happened as I was down to a svelte 205 lbs and 18" guns in those days where he maybe went 150 lbs, if that.
Posted by Well Seasoned Fool at 5:02 PM

Heh... Yeah, I wouldn't be arguing with you either!

A skilled smaller man can beat a bigger man but he better not make any mistakes. I've always said I have a 3rd degree belt in dirty white boy.

From about age 10, I was bucking hay bales year around. In the summer months I would handle 1800+ 120 lb mountain hay bales at 8,000 ft ASL. My mother had a terrible time buying me clothes. In my high school I wasn't the biggest kid. The lightest kid on our high school football line (we played both ways) was 180 lbs. The local JC Penny store stocked a lot of size 48-56 coats.

Inconsiderate neighbors are a real pain in the ass.

I grew up in a couple farming/mountain towns myself. Your description of the local JC Penney up there ^ made me smile.

Our across the street neighbor has a yappy chihuahua. I've considered going over and punting the dog up against the wall of the house. The resulting smear down the siding that would be a pain to wash off would possibly make them reconsider replacing the damn dog. :)

Goes both ways I guess. As they grew older, my ex didn't control our kids and they became neighborhood assholes. After she decamped we had a few come to Jesus meetings (the kids and I) and their behaviors improved. They still wouldn't take any shit from anybody which I supported and that created some heated adult to adult confrontations. Our next door neighbors on both sides were fine. One, an elderly widow, the kids would help in anyway they could. The other was a hard partying bachelor who paid them to clean up his deck and yard.

wait!?! People get up early on Saturday that didn't have to work. That dude was not normal. You had better be glad you had the 18" guns.

Could be. Combining a hot temper with a short fuse meant I was in a lot of fights (and not yap, yap mouth fights) over the years. Didn't win all of them but the other man always knew he had been in one. With that neighbor, our wives nearly went at it one day. My ex was only 5'4" but didn't back down from anyone, man or woman. My money would have been on her.

18" guns are illegal in Utah, yes? LOL. Why am I not surprised by this post.

Firearms maybe, but not biceps. But you knew that, didn't you.

The tourist areas of Edinburgh are packed with street performers hoping for a donation. Half of them are pipers playing Scotland the Brave. I've heard enough versions of that song to last me the rest of my life.

Yes. I did. I was being my snarky self.