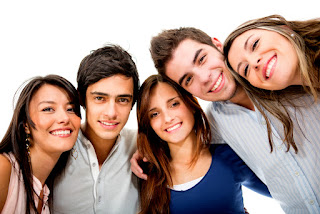 We who walked ten miles to school in snow and rain with it being uphill both ways are prone to find today's  youngsters lacking. I think we may be wrong. OK, helicopter parents, nobody fails, trophies for just showing up and on and on, I get it.

Since January, I've been living in a large apartment complex in a college town with one large university and a fair sized community college. A lot of the residents here are milleniums  attending college. Once they  realize I'm approachable, that age is more a number than a mindset, several have become friendly. I'm enjoying my interactions with them.

Overall, I find them to be very polite. I see a lot of ambition, willingness to work, awareness of current events, and concern for their future. In short, I don't see much difference from my age peers at the same stage in our lives. Admittedly, the ones at this complex are on the lower social and economic scale attracted by the lower (relative) rents.

I hope what I am seeing is typical across the country, the kids from flyspeck towns in flyover country. My generation hasn't been that great at leaving them a better world but I suspect they may do a better job than us.

Or, maybe I'm being my usual contrary cuss. YMMV
Posted by Well Seasoned Fool at 4:51 AM

I find that most of the young'uns are nice and polite - individually. The trouble comes when the get in a group and think they are more intelligent than normal people yet have no clue as to what life is about. I prefer one on one or small groups.

Agree with CP, and you're seeing those WILLING to work and learn... Unlike their scumbag compatriots...

I've encountered the scumbags and cannot disagree with you.

My last teaching gig was at a state university in one of the poorer cities in Texas. Most of my students fell into the 'lower social and economic scale.' They were, for the most part, as you said: polite, willing to work, etc. I did find them a little short on awareness of current events (unless it was in the entertainment world, but we were probably the same at that age).

My biggest issue with them was getting them to think through a problem or situation and consider the long term implication - for example, raising the minimum wage. Many of them worked at minimum wage jobs to help finance their education. They all thought an increase would be great, with little understanding of the subsequent implications. But they were at least willing to listen and discuss in a civil manner, an ability that society as a whole seems to have lost.

But they were at least willing to listen and discuss in a civil manner, an ability that society as a whole seems to have lost.

And that gives me hope. Hard to sustain when I'm visiting the People's Republic of Boulder and mixing with the children of the "elites".

+1 Coffeypot. They are very into environmental concerns, gung ho on their issues, and generally polite individually. In mass form they resemble aliens of entitlement and wanting the rules enforced how they work in their favor. There is only so much bend in things and there comes a time when the individuals need to suck it up.