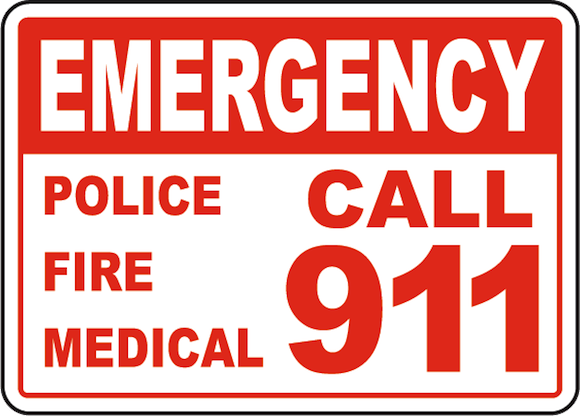 Over at The Truth About Guns there is a kerfuffle going on about following the 911 Operator’s instructions.

By good fortune, I’ve never been in a situation involving a firearm but did have one bad experience. A driver had a seizure and crashed. When I approached the vehicle, I could see him flopping around, but held in place by his seat belt.

The 911 Operator started giving me instructions.

“Sir, you need to keep him from swallowing his tongue. I will talk you through the process. We are trained to do this”.

“Lady,” I replied, “Get the ambulance here. In this day of AIDS, I’m not putting my finger in any stranger’s mouth”.

She was offended. What I knew was the fire station was eight blocks up the street. They arrived while he was still having seizures. Had he started turning blue, then I would have acted, maybe.

Around 1970 going to college, I had a night job at an air freight forwarder. Smelled smoke and stepped outside where I observed flames on the roof. Went back inside and told the manager, Tom. He quickly called the operator (pre 911 days) and shouted, “The fucker is on fire! Send a fire truck,” and hung up.

“Ah, Tom,” I said, “You might want to call her back and give her our address”.

I’m predisposed to not do what I’m told to do, so any dispatcher “telling” me what to do will probably be ignored. I may ask for advice, but I will be the one making the decisions on the spot. YMMV
Posted by Well Seasoned Fool at 5:33 PM

Over the years my political compass has changed with one exception; resist authority. That has never changed and never waivered.

LOL. You made me laugh. Great post. And stop being so damn stubborn. Those poor dispatchers are stuck in their chairs and can't pull anybody by the ear, so they have to dumb everything down.

Stick my finger in a stranger's mouth? Fuck me running.