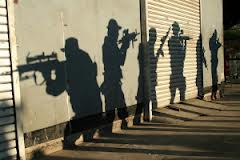 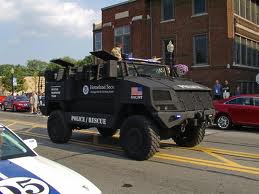 WARNING: Profane political rant to follow. I can write without using profanity; choose not to.

Politically, I’m fucked; a Blue Dog Democrat with no place to go. The Democrat Party has moved so far left, I’ve been left behind.

Have always been a Populist. What is a Populist? From Wikipedia:

The terms "populist" and "populism" are commonly used for anti-elitist appeals in opposition to established interests and mainstream parties.

The bedrock goal of a Populist is a level playing field. Until Obama, the Democrat Party was the closest to the Populist ideals. Not very close, to be sure.

Tea Party? Eh, maybe, without the religious bunch wanting their doctrines and practices codified into law.

What has become apparent to me (I’m a slow learner) is that the tradition of give and take in this country is gone. Respect and consideration for the other person’s position is gone. I’m referring, of course, to the Progressives. They prefer we all go along with them, or at least shut the fuck up, but it doesn’t matter in the end. They will do what they want, and the hell with the rest of us. They simply don’t care about anything but their agenda; that they hold the moral high ground, and have all the good ideas.

Are we at the end of their “Long March”? Got to give  grudging admiration to their tactics; it is working for them. They recruit using Craigslist and other social media. Bring in the young, dumb, and energetic youth. Pay them a pittance, motivate them with bullshit, and burn through them like a boiler room phone operation,  because there is a ready supply of new bodies. The rest of us are too busy trying to make a living to notice.

Their one miscalculation is the belief they will prevail in any civil war because they will control the military. That is willful, blind, arrogant stupidity.  Sooner or latter they will over reach and something like Waco or Ruby Ridge will occur. I think that is as inevitable as the coming economic collapse. Then they will learn what the 2nd Amendment is all about.

Posted by Well Seasoned Fool at 11:19 AM

You inspired me to do my own political rant for today. Well, you and the bitch who called me a right wing racist.

I try not to think too much about what's coming our way. I try to just be ready.

@ NFO. That is where I'm going. Hard for a lifelong political junkie. Wonder if there is a twelve step program for that.

@ Ami. Your rant is much better than mine!

Many of the same reasons that I left the republican party....

@ Scotty. Can't recall ever having this level of anger and disgust.