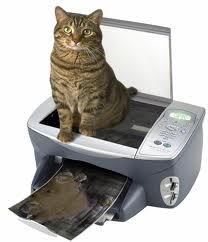 Inspired by Old NFO and Coffeypot.

-----
I was devastated to find out my wife was having an affair but, by turning to religion, I was soon able to come to terms with the whole thing.  I converted to Islam, and we're stoning her in the morning!
–––
The wife suggested I get myself one of those penis enlargers, so I did ... she's 21 and her name's Lucy.
–––
Went to the pub with my girlfriend last night. Locals were shouting "pedophile!" and other names at me, just because my girlfriend is 21 and I'm 50. It completely spoiled our 10th anniversary.
–––
My son was thrown out of school today for letting a girl in his class give him a hand-job. I said "Son, that's 3 schools this year! You'd better stop before you're banned from teaching altogether."
–––
Just been to the gym. They've got a new machine in. Could only use it for half an hour, as I started to feel sick. It's great though. It provides me with everything I need - Kit Kats, Mars Bars, Snickers, Potato Crisps, the lot..."
------
Question - Are there too many immigrants in Britain? 17% said yes; 11% said No; 72% said "I am not understanding the question please."
–––
The cost of living has now gotten so bad that my wife is having sex with me because she can't afford batteries.
–––
A man calls 911 and says "I think my wife is dead". The operator says, "How do you know?" He says "The sex is about the same, but the ironing is piling up!"
–––
I was explaining to my wife last night that when you die you get reincarnated but must come back as a different creature. She said she would like to come back as a cow. I said, "You obviously haven't been listening."
–––
My wife has been missing a week now. The police said to prepare for the worst. So, I had to go down to Goodwill to get all of her clothes back.
–––
I've heard that Apple has scrapped its plans for the new children's-oriented iPod after realizing that "iTouch Kids" is not a good product name.
–––
A new Muslim clothing shop opened in our shopping center, but I was thrown out after I asked if I could look at some of the bomber jackets.
–––
The Red Cross just knocked on my door and asked if we could contribute toward the floods in Pakistan. I said we'd love to, but our garden hose only reaches to the driveway.
Posted by Well Seasoned Fool at 9:52 AM

@ NFO. Not an influence, an inspiration!