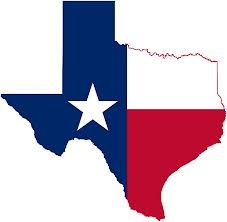 “I’ve am able to give my wife a home she could only dream of in California”, said the owner of three NAPA stores in Texas.  He went on to describe the many benefits of selling his business in Southern California and relocating to Texas.

Took a hotshot load to Amarillo yesterday. As is a habit, do most of my thinking while driving. Started thinking of Bloviating Zeppelin’s many posts on businesses fleeing California and this man came to mind.

This man is not a native son. Rather, he came to this country seeking an opportunity and, by way of hard work, succeeded. One wonders how many jobs he has created, how much in tax revenue he has generated, and how much in taxes he has paid. California’s loss is Texas’ gain.

“Do you miss California”, I asked? “No, not at all”, he replied. He can afford three stores in Texas, has just three administrative employees as opposed to eight in California, and doesn’t have weekly visits from some state employee questioning how he runs his business.

Over the years I’ve been in more corners of Texas than any Colorado kid should ever visit. Midland, Texas doesn’t strike me as paradise found, but, to each his own.

The things I like about Texas are the people, the speed limits and the good roads (except for Hwy 287 in Amarillo). Other than the Fort Davis, Marfa, Alpine area, no place there I would want to live. Better Wamsutter, WY than Pecos, Texas!

Probably the Texans who know me are happy that I won’t be moving to their state.

What is moving to Texas is entrepreneurs, jobs, talent, and capitol. Money flows to where it is welcome. Right now, that is Texas and the residents benefit.

I enjoyed Texas when I went through a few times, everyone was quite friendly. I have friends who live there now, actually. I just can't imagine packing up and moving again, especially as old as I am.

The problem, sometimes, with exoduses like that is that it also brings along those same cockroaches that had a hand in creating the very hell businesses are trying to flee!!

I've seen it here in Florida as many of those from the north start to yearn for those old policies they left behind....I just don't get it!

My late father maintained the best way to ove was a five gallon can ogf gasoline and a book of matches.

mais I dôn tink I want to go dare