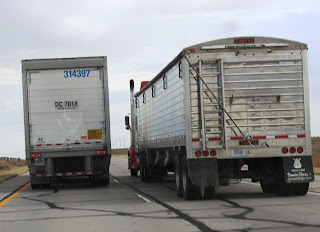 Traveled Thursday to North Platte, NE for business. Perhaps elsewhere in the world this problem exists. Trucks with a top speed governed. OK, two trucks with the same top speed but not quite in sync. One passes the other, slowly, as you follow mile after mile. Along this stretch of I-76 the speed limit is 75 mph. 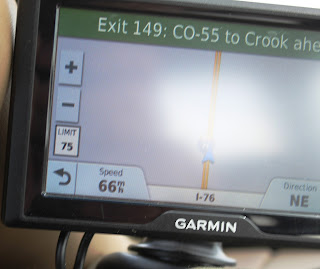 Onward to I-80 and the eleven miles of single lane due to construction. 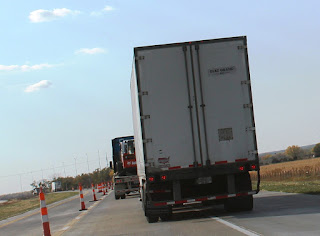 A Union Pacific dominated city with few empty storefronts. Prosperous in a grimy industrial way. The rail switching yards are massive. My fat elderly body said, “Hell No” to climbing the overpasses to photograph them. Try Google Earth.

While not in first place where I want to visit I do enjoy some of the scenery I see while being paid to travel there. 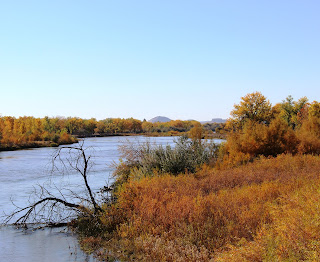 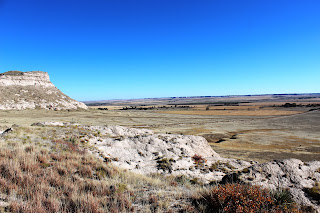 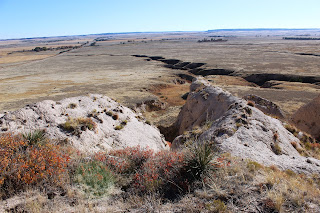 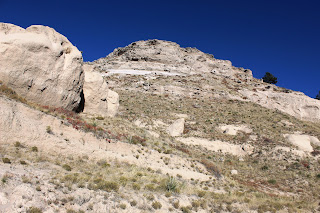 War Stories, aka the first liar doesn’t stand a chance

A neighbor and I were swapping stories. His first.

After a race at Pikes Peak Raceway, I came across a man who had locked his keys in his truck. After spending the better part of an hour using a coat hanger I got it open. His thanks?

“What took you so long?”

So, I relocked his truck and left.

While managing a skylight company in the 1970’s, we received a complaint from a man claiming our skylight was leaking. I loaded a ladder in the truck and went to the address on Mercer, Island, WA (Lake Washington-Seattle).

The house had a Mansard Façade and a nearly flat roof. The downspouts were completely plugged with leaves and junk. A scum line was several inches above the skylight frame on the acrylic dome. After taking several pictures with a Fotomat  single use camera I explained to the customer the skylight was never designed to be under water and his lack of maintenance caused the roof to flood. In fact, he was fortunate the roof hadn’t collapsed from the weight of standing water.

He wasn’t pleased and proceeded to walk around the roof pointing to problems and demanding to know what I, and my employer, was going to do about it. I left with my ladder with him still on the roof.

(The individual had just founded a coffee company that eventually became a major international powerhouse. Astute readers will have no difficulty identifying the individual)

Concerned about problems seeing at night I went in for an eye exam. I developed macular degeneration in my right eye (shooting eye) in 1995. I started taking 40 mg of Lutin and the problem hasn’t gotten worse.

The clinic found some problems and has referred me to a specialist.

Seems I have a few cataracts. The examiner said, “Welcome to Colorado”.

I’m waiting for the specialist to contact me and arrange an appointment.

Now left eye dominant, my shooting skills are crap. Those firearms not lost in the terrible Horsetooth Reservoir boating accident have been given to those who can use them.

My hope is the problems are minor in nature. My job requires finding addresses and the days are getting shorter. Driving along suburban streets while looking for house numbers is getting “sporting”. Yes, I use a GPS but it isn’t all that accurate – 50’ at the best.

The muse has been absent from my wheelhouse. Local Colorado politics has been consuming my interest.

Yesterday was our third anniversary together. Next Monday is his annual vet visit. He needs several shots and then I need to renew his pet license. Yikes! It will be expensive but he is worth it.

That is the current status quo.

I do read yours and often (too often?) comment. If I haven’t listed you in the side bar it is because of my Latter Day Luddite computer skills.

I’ve been tested and am negative. Sisty says I am not impatient because you need patience to be impatience.

Posted by Well Seasoned Fool at 12:11 AM

I received a phone call from a friend who lives in Kuala Lumpur (KL), Malaysia which included an update on things and grievances that all too closely match yours. There is no such thing as gravity, the world sucks, WSF.

LL
The world sucks but I can swim, and do.

Trucks passing. The longest distance I kept track of was just over 7 miles for one truck to pass another. I can kinda see their point since they have to make schedule but sheesh.

Best of luck with your vision issues. Not driving would really put a cramp in your lifestyle.

Ed C
I don't think the vision issue will be debilitating but cataract surgery is very probable.

Hmmmm. Lutin(?), maybe I'll give that a go. In the meanwhile, well done dealing with those trucks. They're a scourge on the way to Ft. Hood and beyond.

If those mooks at the insurance company or the eye doc's office start up with some kinda "well they aren't bad enough yet" about your cataracts, ya need to start harping about "quality of life" lather, rinse and repeat. My experience with the eye care "industry" in general and cataracts in particular has convinced me the insurance companies run things, and it's all about getting your fanny into and out of that chair in the absolute minimum time necessary to provide a prescription just good enough to keep you from running over somebody on your way home. They'll put it off as long as possible if you let 'em. Medicare might be different, I hope so. Go get 'em Tiger, and don't take no for an answer.

Prosperous in a grimy industrial way.... Describes my home town in Illinois to a tee!

The times I've driven through the NE panhandle have always been enjoyable. Whole lotta nuthin', but amazing scenery.

The stories are hilarious! Gotta few of my own that I'll scribble down someday.

Both you and Banner hit the Doggie Lotto! Dogs can bring a lot of good stuff into our lives, if you let them. Pebbles is enjoying the Fall weather as I type this. She's just curled up in one of her favorite spots in the backyard, eyes closed, sniffer up and sniffin', and one of those doggie smiles indicating all is well in her world.

DrJim
Everyplace has something to see but I-70 through Kansas is one of my least favorite. Have another assignment in Bridgeport next week.

I-80 through Iowa is reeeal boring, too, until you get close to Nebraska. Then you get into rolling hills and more variety.

I'll take your word having never driven it. Then there is Texas!