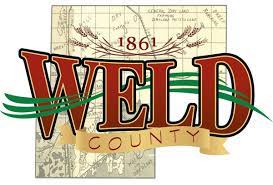 Excerpt from the November ballot. Despite being the home to the University of Northern Colorado (Teacher’s College) you might conclude the county is “conservative”.

The only county resident holding a state office is David Young, the State Treasurer.

The contrast between the GOP candidate and the Democrat candidate are stark.

Caraveo is a pediatrician and a member of the Colorado House of Representatives, first elected in 2018. Caraveo, whose parents immigrated to the U.S. from Mexico, said, "Colorado families need a powerful partner fighting for them in Congress — not divisiveness and extremism. I am fighting so that our kids can achieve the same American Dream I was able to."[1][2]

Kirkmeyer is a member of the Colorado State Senate, first elected in 2020. Before entering the Senate, Kirkmeyer was a Weld County Commissioner from 1993 to 2000 and 2009 to 2020. Kirkmeyer said she will "lower the cost of living, restore order to the border, bring back energy independence, and stand up for law enforcement."[3]

The 8th now includes my address and the home of the 7th District congressman, Ken Buck (R).

My sense of the political mood is Colorado may well go from being deep Blue to faint Purple. Inflation, bad roads, and crime are on people’s minds. Colorado is #1 in the country for car theft.

For the record, I am registered as an Independent. I’ve voted in every single election since achieving my majority and rarely voted any straight party line.

Yep, our 'one' vote matters, even today.

There's a whole slew of uncontested offices here in Larimer. The only people running are Republicans, so maybe there's wink of hope yet.

Is absolutely awesome...if you’re in power.

GB
The Republicans squabble so much among themselves the power is diluted.

DrJim
Amazing how few Democrats are on the down ballot races.

Old NFO
By making sure I vote I feel entitled to bitch.

Some hope. Many of the GOP candidates aren't country club Republicans and the Democrats running are "out there".

I'm with LL, and I hope your vote counts.

I'm starting to question that.

LSP
The trust in our election system is gone. Will it ever come back?