A Win for the People of Colorado 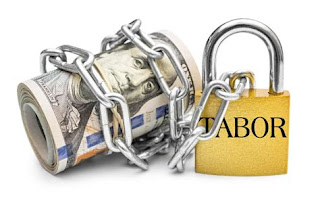 In a win for the people, Colorado’s Taxpayers Bill of Rights was upheld in Federal Courts. It has been the dike holding off the californication of Colorado since 1992.

As explained by an editorial in the Colorado Springs rag.

You might say the Taxpayer’s Bill of Rights is a victim of its own success.

Its landmark taxing and spending limits on government in our state have been in effect for so long, many Coloradans might have forgotten what it once was like to live at the whim of tax-hiking politicians. That ended when voters added TABOR — its better-known acronym — to the state’s constitution in 1992.

Nearly three decades later, it is easy to take it for granted. A lot of newer Coloradans probably never even have heard of it — and don’t realize how much they continue to benefit from it.

Yet, it has remained a tempting target for those who were forced to cede their power to it. Its decades long effectiveness in keeping state and local government on a diet has invited a succession of court challenges.

Lawsuits have been mounted by narrow interests bent on prying open the floodgates of public spending — rather than seeking the public’s permission as TABOR requires. The measure withstood another such court challenge just this week.

The U.S. Court of Appeals for the 10th Circuit in Denver ruled Monday that the plaintiffs — this time, a number of local governments — had failed to show how TABOR violated the act of Congress that had granted Colorado statehood and assured it a republican form of government. Monday’s decision brought a decade-old lawsuit to a close.

It was a complicated case invoking a novel argument — that requiring a popular vote on tax hikes somehow flouts republican democracy — and the plaintiffs arguably merit a pat on the back if only for their creativity. Taxpayers might prefer to give the plaintiffs a swift kick, instead, for their underlying presumption that they know best how to spend our tax dollars.

To recap, then, for those who don’t recall or never knew: TABOR, aka Article X, Section 20 of the Colorado Constitution, requires a vote of the people on any tax increase and bonded debt. Even more consequential to our state’s relative fiscal health: TABOR limits annual increases in tax revenue to population growth plus inflation. Any additional revenue taken in over that combined percentage must be returned to taxpayers unless they say otherwise at the polls. And those guardrails apply to government at all levels in Colorado, from the state on down to each county, city and school district.

TABOR has kept budgets in line and government growth in check. Its safeguard against runaway tax hikes also has contributed fundamentally to the prosperity of Colorado’s economy — the creator of jobs, investment opportunities and other bounty that benefit us all.

All of which has helped draw successive waves of refugees from other states where government grew beyond the people’s means to support it — and exacted ever more tribute.

Of course, TABOR hasn’t survived unscathed. It has lost some of its teeth in some legal dustups before unsympathetic judges over the years.

That’s why it’s all the more refreshing when a federal appellate court sides with the taxpayer as happened this week. After all these years, TABOR continues to serve the taxpayer — long after so many elected officials seem to forget who sent them to office in the first place.

— The Gazette editorial board, Dec. 16

TABOR was a concept born in the late 1980’s and pushed in many states. Colorado is the only state where it was adopted.

As with any legislation, it is not perfect and has harmed a few while benefiting many.

The (P)regressives hate it. Thwarts all their utopian plans. They are always trying to find ways to nullify it. Their latest scam is “fees” instead of taxes. That is now being challenged in the courts.

Regardless of what happens in 2024, President Trump's enduring legacy is the 500 judges he got appointed to the Federal Courts.

LSP
Other states need to pass their versions. In most cases it is a constitutional amendment, as in CO.