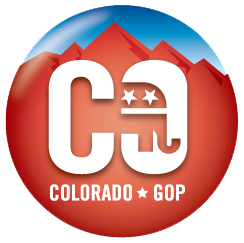 Disclaimer. Several years ago I changed my voter affiliation from Democrat to Independent. Since then I haven’t voted for any Democrat. Even if I vote for a Republican candidate, the Republican Party leaves me cold, or at best, tepid. Why? Mr. Caldara explains the state of the GOP far better than I can.

Last election highly qualified candidates were nominated. They were about as exciting a paint drying. 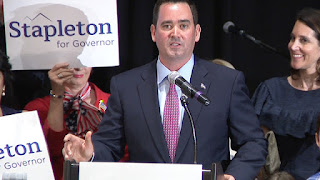 The bright spot was the Rifle, CO pistol  packing restaurant owner. She is not a favorite daughter of the country club crowd. 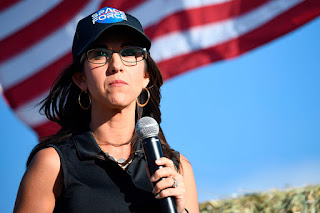 I’ve written before about my years as a Republican precinct committeeman and how the Evangelical faction of the GOP mounted a campaign to be rid of me. After losing that election I was soon the Democratic committeeman for the same precinct. This was in Renton, (King County) WA.

Speaking of the Evangelical Republicans, at the time it appeared they would always be dominant. Perhaps we are seeing the peak of (P)regressives? Please! May history repeat itself.

The Republicans liked to gather at a Holiday Inn, dine on lukewarm Chicken ala King, and feature speaker after speaker giving pats on the back; such fine people are we Republicans! Much superior to that Democratic rabble.

Democrats, I found, got shit faced at a longshoreman’s bar on Seattle’s Harbor Island while discussing how to grab the Republican balls and rip them off. Fun crowd!

You will not see me at a Democrat meeting rubbing elbows with woke P)regressives and communists. I loathe them more than smug country club Republicans.

1970’s cartoon had a man sitting reading a newspaper and declaring to his nearby wife,

“The more my thinking turns to the right, the more I find in common with the left. I think I’m becoming a middle of the road extremist”.

Living in the same district as a university, I’m in a blue dot in perhaps the reddest Colorado County. President Trump received 72% of the last vote.  The Congressional District is represented by Ken Buck (R), a career politician who may be the most conservative representative in D.C. Like him or hate him, he is very clear on where he stands. That I can respect.

An Air Force veteran and married to a cousin had a Facebook exchange I liked.

The founding fathers you all love to quote made these laws about guns that shot what one bullet at a time. There were not envisioning these weapons that can shoot dozens of bullets all at once. There is a HUGE difference.

At that time period, the enemy or opponent had the same capability (one shot at a time)!! To be able to defend yourself, you must have the same firepower as your opponent. Liberals say the interpretation of the constitution must reflect the changes in time, so also the 2nd Amendment must reflex the changes in time.

He is a solid man who has a college administrator liberal daughter. Other than her politics, I quite like her. She is gutsy and intelligent (for the most part). I admire people who will put it on the line.

On July 1 I had a prostrate procedure performed (not cancer!). In my head it was a minor procedure. Wrong, WSF! All went well and my recovery, other than my smug assumptions, is proceeding well. For once in my hard headed life, I’m following the doctor’s orders. Grrrr! As a bonus I now take just two prescriptions. One is a very small amount for heart pressure and the other very small amount for water retention.

The road to ruin the (P)regressive/socialists/communists are taking us scares me. Not for myself, at age 77 I won’t be living with the long term damages, but for my sons and grandkids. Will the election process be cleaned up in enough states to make the 2022 elections a turning point? We can only hope.

President Trump is still saving our butts. His 200+ appointments to the Federal Courts is the only impediment to the woke mob. Those three branches of government the Founder put in place still work.

Posted by Well Seasoned Fool at 11:44 AM

Thanks for the history lesson and yes, pretty much true. Thankfully, being career military, I never got involved with any of those folks on either side... Glad the recovery is progressing normally too!

OldNFO
Grew up with rural politics. Everyone on my Dads side were involved. Dealing with my son's autism led his mother and I into involvement with the political process. Since neither of us were follower types, neither of us would shut up, that left leading.

wishing you to get well soon.

Wasn't really involved in politics until the Tea Party things got going. Saw plenty of dirty politics growing up, but it was more mob/corruption/kickbacks stuff than out-and-out COMMUNISM.

Glad you're feeling better. Been having some issues here with the meds I'm on. Since I lost 25% of my weight, my dosages had to be recalculated, and now things are interacting differently, and I'm feeling a bit "off".

jeff d
Thank you. Put this off for too long. COVID + the Veterans Administration. Healing on schedule and should be good to go next month.

drjim
I understand about the meds. I'm down to two, and the smallest doses. Later this month will be seeing my primary physician and we will see how it goes. August will bring some neglected dental work. Fun. fun, fun.