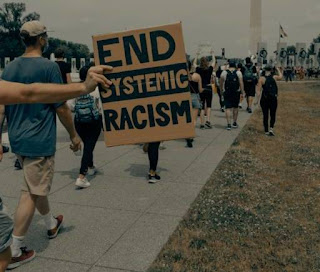 More of an editorial than a news report, this has so much “white” stereotyping as to be cringe worthy. All to support the current woke narrative of white privileged, white supremacy, insert something derogatory here _________.

The first question comes to mind, was the food truck couple current on what they owed the kitchen owner?

Second question, why was the kitchen owner so pissed?

Does this whole thing smells of a routine business transaction gone bad?  Race had little, if anything, to do with it.

People have disputes that often have nothing to do with skin color. When tempers flare, words often fly without much thought  behind them.

It may well be the kitchen owner is in the wrong but the “reporter” is clearly biased and pushing an agenda, and doing so with a tone of smug superiority. As BZ terms it, an American Mainstream Maggot.

Different slant, something that made me snort, then cringe because it is so apt. 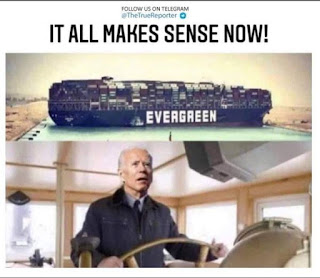 Yeah, MUCH more to that story...

I once told my eldest son, who was running around with POCs and getting into trouble, that, "If any one of your so-called friends steps foot on this porch I will shoot them." And I meant it with ACP ferocity. Fortunately, for all concerned, they didn't nudge the tripwire.

Well, he made good, so far.

In the meanwhile, racist this, racist that. What value does the term have when it encompasses everything? None at all. And here we are.

OldNFO
That won't see the light of day, most likely.

LSP
Now there is a huge outcry about anti-Asian bigotry. WTF, never heard much about that since the Koreans on rooftops during the Watts riots. Now? Manufactured crisis.

Wake up America, enough is enough. It’s time for us to stand up to the delusional people, the Socialist crowd, and the sick Progressives who want to destroy this country, and turn it into the Shit-Hole that we are already seeing in San Francisco, Portland, Chicago and other American Cities that have gone down the Leftist Tubes.
It hight time that you ALL realize that Joe Biden lied to you when he said he was a moderate. Firstly he is a member of the “Walking Dead” and secondly he is not a moderate by any means. You would have been better with that filthy communist Bernie Sanders. At least he is not someone other than who he really is.

It is a sad day in America when a major political party knowingly nominates and promotes a mentally impaired individual to the United States Presidency. Even sadder still when some behind-the-scene advisor shoves a note in front of a cogitatively disabled senior citizen, and he mouths words he may not know to be untrue. But the greatest sadness of all comes from the mainstream media that knowingly, and constantly repeats those lies to the American people like they did when hey held back the entire news about Hunter Biden’s Laptop . And ALL the other news, and events about that Crack-Head, and his Father Mr. “Big Guy”.

And how about the Main Stream Leftist Media? They would be comical, if what they are doing if it wasn’t true! But it’s surely pathetic, to see these Socialist liberals pretending that they suddenly care, and “Give a Damn” about our people in uniform, especially our Brave Men and Women in Blue! Because a handful of Trump protestors and even more Antifa thugs dressed as Trump supporters assaulted 1- or 2 police officers during the January 6 riot at the Capitol building. Where Was the Liberal Concern for "Our Men in Uniform" when leftist rioters assaulted DOZENS OF POLICE OFFICERS, and even Killed a Police Officer, and Killed a Retired Police Officer while he was guarding a friends store so that those IDIOTIC “PROTESTERS” didn’t destroy his friends store and it’s contents! So they KILLED him instead! Where were all those Bleeding Heart Liberals when they Seriously Injured Dozens of Police Officers, Burned Police Cars, and Trashed a Police Building During the George Floyd Riots Last Summer? And those Democratic Mayors, and Governors told the Police to “STAND DOWN” Stand Down while they were pelted with Bricks, and other harmful Crap!

Liberals, Why Were You Silent when your anti-American leftist buddies were Killing Cops, Wounding Cops, Burning Cop Cars, and Trashing a Police Building Last Summer? How about the 19 Other People Who Were Killed by Your Rioting Leftist Buddies During the Riots? "Acceptable Casualties for Social Justice"?.
Are we supposed to suddenly believe that you Care about the Cops? After you voted to DE-FUND the Police?
Now, you are the same people that are demanding that there should have been more police at the Capitol Building and every other place that any Violence occurs.
It’s really ironic. Would you want Social Workers on the front lines to stop this Violence? Or perhaps Miss Alexandria Ocasio Cortez will come to your defense? Or maybe we could “DISMANTLE” the Police force entirely, and have Black Live Matter protect you?
What the Hell, New York’s Mayor Bill di Blasio allow them to paint “Black Live Matter” in Large Yellow Lettering right on NY’s Fifth Avenue and he even took part in it. Only because of his Hatred towards Donald Trump!