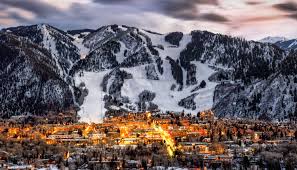 Making the elites uncomfortable by attacking their infrastructure is something I’ve advocated. For the record, I was in Nebraska when this happened.

Could this be the start?

Posted by Well Seasoned Fool at 9:55 AM


Good to know you were not there, neither was I...

Some interesting comments attached to https://bayourenaissanceman.blogspot.com/2020/12/terrorism-as-response-to-electoral.html

I saw that and immediately thought of someone I know.....

Brig
I follow Peter Grant's bog and have bought some of his books.

drjim
He is fast in the Arizona mountains.

I can only guess that you have a photo of yourself, standing under a clock, next to a "welcome to Nebraska" sign, holding a newspaper when the dastardly deed was done.

I'd be inclined to blame Banner, but he can't write.

LL
Very perceptive. Summers I will drive through there on my way to/from Independence Pass. I also like to visit the Lincoln Creek area.

I'm fortunate Banner can't write or he would give me a written list of demands.

I once knew an eco-terrorist. She was part of a group that was so inept that they burned down the wrong building in their quest to save the world.

R
"Earth First" coud have been written by anyone. Misdirection?

Nancy Pelosi's package of $908 billion COVID-19 stimulus package is a “Disgrace” and Stuffed with Wasteful Spending.. Such as...
About $10 million will be made available for gender programs in Pakistan.
Another $11,880,000 is spent on Native American Institutions Endowment Fund.
There is also a few hundred of Million for funding and studying the reincarnation of the Dalai Lama.
$25 Million to support the John F. Kennedy Center for the Performing Arts.
$85 Million to Cambodia.
But it does allow $600 checks to Most Americans, (Not All Americans).

I like this a lot. Take the war to the enemy :)

LSP
I've suggest it in earlier blogs. Selective target wealthy neighborhoods and the elite's playgrounds. Make their lives more miserable than ours. (Waiting for the knock on the door, hello Stasi, err Federal thought police).

This is just too good! Vandalism my ass... Targeted strike is more like it!

OldNFO
Little notice by the American Mainstream Maggots (h't BZ) but got the attention of the residents. Hope it is a trend!

I think that today I’ll start by saying how much I love my country and freedom and that I consider myself a reasonable, and very patriotic American. I obey the law, and I go to church on occasion.
I have always respected my President no matter who he was, until Mr. Obama was elected. (Yeah I know I’m going to be labeled a “racist” because of that statement. But, you know what? I don’t give a hoot what you STINKIN Progressives say, or think! Especially that dumb-Ass Progressive who writes that CRAP on that "PROGRESSIVE" blog. . And I don’t care to have any Socialist policies shoved down my, throat. I try not to judge people who disagree with me, but that Dumbass over in that Progressive SHIT-Hole don't feel that way.
She would rather spend her loathsome day writing her Bullshit about President Trump. She was, and probably still is so in love with that Magic Negro, and his Husband who goes on TV Late night Shows doing Jumping Jacks. However I have Always felt that my opinion is as good as the next guys. I had enlisted and served in the US Army for 4 years, and I feel that I have earned the right to be called a PROUD REPUBLICAN. I get extremely pissed off, when I read blogs such as the person written by the Progressive Liberal in question here.So I'll end mu Rant by saying I hope that this New President the one with his head so far up his ASS continues to make a Fool out of himself and his Stupid "DOCTOR" wife, until he is pulled out of the White House and put in the Retirement home where he belongs. And that Mixed Breed "Whore" takes his place as planned.

I rarely leave anonymous comments up in remarks but will make an exception for this one.